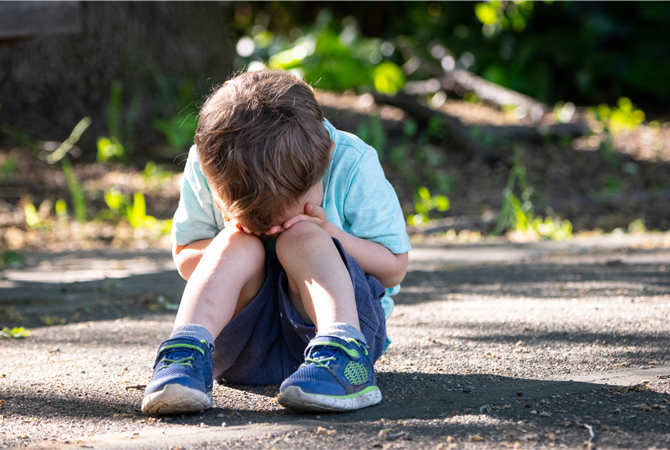 Boys will be boys!

The question this week is which boy are these boys aspiring to be and how much choice to they really get if they want to fit in? Boy, in this context, is not an individual but a stereotype. It is a social construction that exhibits all of those traits we have come to associate with a boy (i.e. athleticism, musculature, big stature etc.) and shuns those traits that are not (weakness, fat, small stature etc.).

In my experience, and maybe in yours too, boy personifies strength, speed, and fitness. Boy accepts injury. Boy displays a warrior’s mentality. Boy has the lack of empathy for other types of boy. Boy is straight. Boy doesn’t cry. In short, boy could be considered as the first step on the ladder to being a man, or even a Man’s Man.

Some boys are able to enact boy. But others aren’t and in failing to do so are seen to not fit in, they are made to feel ashamed, and are marginalised. Those who meet the standards of boy are recognised while those who don’t are ignored. I suspect we have all seen a picture or a video of two boys in the same class and noted the massive difference. The 6-foot (1.8m), 150 lb (68kg) 12-year-old boy stood next to the 3 and half foot (1.05m), 70 lb (32kg) 12-year-old boy and wondered at the different speed at which children grow. We have also seen the video of a similar 6-footer running through and over a similar 3 and half footer and winced. Which one, however, best personified boy? Which is lauded and which is ridiculed? How, in earth, did they end up on the same pitch? Which one is having fun? The questions are endless.

The truth is we have developed one way of being a boy but why? How? Surely, you don’t have or not have masculinity. It doesn’t increase or decrease. Except in the way we socially construct it. And that social construction is what this week’s paper explore and dismantles.

Tischler and McCaughtry are responsible for much of my thinking above and for that I’m grateful. Challenging the notion of boy is vital if we are to see physical education for what it is for some of the children – boys in this case – under our care.

The authors present, fairly early in the paper, five misconceptions (or outright inaccuracies) they recognise, in research, in even having a notion of boy.

2.    There are no hierarchies of masculinity

3.    Not all settings value the same construction of masculinity

4.    Masculinities is not natural, it is constructed

Unpacking each of these concepts Tischler and McCaughtry argue that one form of masculinity has come to particular prominence in society. This isn’t a natural phenomenon but highlights instead what society values in terms of masculinity. The easiest way to fit this value system, therefore, is to fit in. Consequently, if boys eventually want to be accepted, both as boys and then as men, then they need to display the recognised traits of masculinity. To do otherwise is to open themselves up to derision (in its many forms).

When masculinity is naturalised then the idea of being a boy loses its flexibility. It ceases to be malleable and all-encompassing and, instead, becomes rigid and fixed. It is a mould into which all boys must fit or be seen as misfit. Such a mould fits comfortably around the strong, quick and muscled individual whose fitness and athleticism suit the elite team games we play in PE. Imagine the powerlifter doing street dance or the heavyweight boxer rock climbing. If those were the activities undertaken in our schools and our communities then what might masculinity look like?

The truth is, as Tischler and McCaughtry show, the sports-based PE we know supports certain types of masculinity and Dance and outdoor education enact boy in different ways. In PE a lack of “strength, speed, power, muscularity, fitness, athleticism, acceptance of injury, risk [taking], warrior mentalities and lack of empathy for other participants” sees boys being excluded and/or abused by other boys. In many cased it’s not just the boys who join in the ridicule but also the teachers who are supposed to protect them. Teacher antagonism and peer mockery (and its acceptance by teachers) is one of the reasons why some boys hate PE.

Tischler and McCaughtry found that not doing boy right had consequences for the boys they worked with in their study. These boys felt they had no way of meaningfully contributing to PE. As a direct consequence they found ways of hiding away and protecting themselves. They made themselves small. They tucked their knees into their chests, wrapped their hands around their legs, rested their chins on their knees and avoided eye contact. They found positions in the gym as far away from the equipment as they could and took as much time travelling to and from their spot to the equipment store and an age selecting their piece of equipment. They tied their shoelaces and forgot their kit. Where the boys who did boy best were important – the most important in fact (after all they got the “praise, feedback, high-fives, close proximity, chitchat”) – the boys who enacted boy worst were seen as babies. They were bodies and not children and gained no protection from staff when the ‘banter’ began. They were “ignored, ridiculed, yelled at, laughed at, pushed and isolated in physical education.”

During the authors observations they saw one boy try and join different teams only to be told they were full even though they clearly weren’t. In another example, one student was passed the lowest possible weight and told this is what he needed. The boys talked about teachers giving demonstrations that ridiculed the efforts of the boys in the study whilst basking in the laughter of the other children. The boys who apparently did boy badly adopted survivalist techniques and yet they often loved physical activities outside of school with family and friends. Family and friends didn’t laugh or compare or shout or ridicule. They laughed and they played, and then they laughed some more. These weren’t dangerous spaces but they were the opposite of PE.

Reading this paper made me think very hard about my own experiences as a boy. I tried to be the right kind of boy and I ridiculed those who weren’t as close to it as me. I’ve almost definitely been guilty of trying to make boys fit the stereotype of boy but to what end? I was once guilty of social constructing the enactment of boy and I recognised only certain types of masculinity. No more I hope. But how will you play a part in deconstructing the idea that there is one way of being a boy?