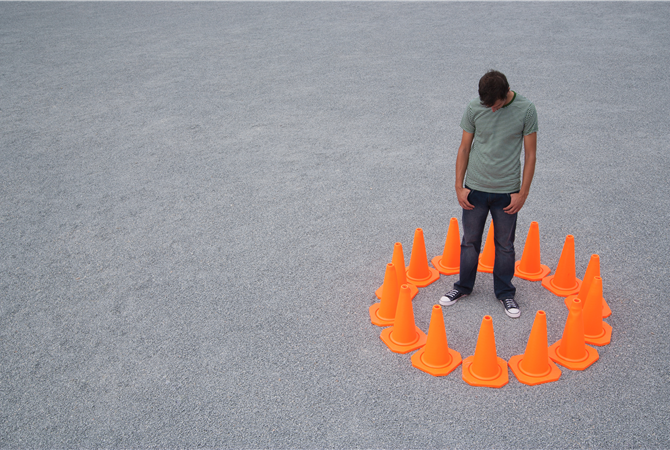 In the previous blog I explored the link between what kids are doing in terms sport at 15 and what they are doing at the age of 53. It seems that, from the 38-year longitudinal study we investigated, the breadth of leisure time activity and grades in PE are significant indicators of future exercise habits, as is socio-economic standing. The blog argued that - given these indicators - we need to think radically different about PE and perhaps introduce a handicap system that helps everyone to succeed.

In this blog I explore how ability has been ascribed to students and that ‘we’ often assume that ability is fixed, rather than acknowledging it has a dynamic process. Indeed, when students enter our physical education programmes they are labelled - low ability, middle ability or high ability - yet how long does this label last, and what impact does this ability label have on our practice and our students?

I had the pleasure recently to meet with a former student of mine and we got to talking about school and, inevitably, physical education. He was - by his own reckoning and my memories - rubbish at PE. He was certainly a low ability student and while he tried hard (very hard) he just couldn’t succeed by our standards as a department. Indeed, his story appears unremarkable. I certainly never really remarked on it until reading this paper. But what if we had changed the definition of ability and what if we aimed the curriculum in a different direction? If we did this - and put dance at the centre of his physical education experiences - then he would have been the highest achieving student that the school has possibly ever seen. He would have aced his school days and others - me included - would have been seen as being of low ability and considered ‘rubbish’ at PE.

Why do I so confidently say this? Because he is a professional dancer and a dance teacher who has toured the world and who continually seeks to choreograph new and innovative dances, pushing the boundaries of what it means to dance. He was in the university working with a colleague using technology to develop a group dance on his own. He was using video delay to create dances where he partnered himself or himselves. Stuff that I couldn’t get close to doing or conceptualising. Yet, neither his school nor his teachers (me very much included) positioned ‘ability’ in such a way that he could be seen as able in PE - even though he most clearly is. So what does this say about the idea of ability? How do ‘we’ define ability and does the ascribed ability status impact young people’s experiences of PE?

The rationale for this paper is a concern around issues of ‘ability.’ Evans questions how ability is “recognised, conceptualised, socially configured and embodied in and through the practices of PE”. He questions if, as a profession, PE has serious considered how this impacts on the subject. He starts by defining PE as the subject matter itself and the people (researchers, teacher educators and teachers) and he then asked how PE has developed the hidden potential of students rather than simply reinforced the idea of ability that they arrived at school with. In this way, he asks if talent is a fixed term in regards of performance capability and if PE has merely accepted the inevitability of ‘talent’ (and by default talentlessness). He suggests that the idea of educating ‘the body’ has almost disappeared from discussions about PE in teacher education and PE in schools.

Evans doesn’t suggest that the idea of ‘ability’ is one that is constructed by PE. Instead, he holds that it is one that is embedded in society and reinforced in families and communities. Yet he does hold that as a consequence of these definitions of ‘ability’ PE has been required to try and compensate for any shortfall or lack of ability that students come to school with. In other words, family, culture, class or community are positioned to be blamed for a lack of ability and the school is required to engage in a programme of compensatory education  in order to make up for these perceived deficiencies. Examples of this are seen in PE when moderate to vigorous physical activity becomes the yardstick through which to evaluate a good lesson. The argument is often that this is the only PA that these kids will get but, as Evans suggests, PE cannot compensate for the poverty and deprivation that contribute to these issues. PE’s responsibility is to educate not train students.

In positioning compensatory education as a key rationale in schools, Evans argues that it takes the focus away from what is done in lessons and focuses instead on what needs to be ‘made up for’. Subsequently, quality PE that makes a difference to children’s ‘ability’ is lost and ‘ability’ is not seen as a problematic concept. Ability seems to be fixed and teachers compensate for individuals (or it could be argued that they teach to the middle and don’t compensate but that is another argument) rather than seeing ‘ability’ as a “dynamic process”. At present ‘ability’ is seen as a form of ‘physical intelligence’ - a “God-given, homogenous, immutable construct - that separates the able for the less able. It allows PE to show when children have reached or surpassed their potential but not when PE has surpassed its role as in education.

Evans argues that PE is a conservative force that builds on and reproduces ideas around ability rather than changing what ability means. He also suggests that schools - in maintaining their conservative and compensatory approach - have lost their ability to talk authoritatively about developing pupils’ physical abilities over 12 years of schooling.  ”Indeed, “we have not been overly concerned to identify, nurture and measure such ‘ability’, let alone make a difference by eroding the disparity between the haves and have-nots”. It falls to us to recognise “what ‘abilities’ are recognised, valued, nurtured and accepted, while others are rejected by whom, where and why in schools.”

A version of this blog was published in July 2013