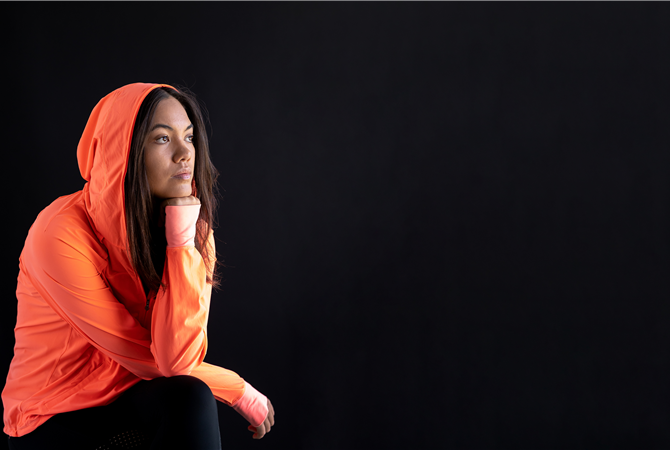 The colour of bodies in physical education has long played on my mind. We are a predominantly white or Pakeha (the Maori name for European or non-Maori) profession and we are guilty (collectively if not individually) of positioning brown and black bodies in very particular ways and brown and black minds in other ways.

Before I joined Loughborough University, I worked at the University of Bedfordshire for four and a half years and had the privilege of working with a number of fantastic individuals. One individual, an aspiring physical education teacher as it transpired, springs to mind when I think of brown and black bodies in our subject. “Craig” described himself as being “of dual ethnicity; half English and half Sri Lankan” when he explored his experiences of colour in physical education in his masters’ thesis.

He began by describing his world-travelling childhood:

“By the age of 6, I had lived in 3 different countries in 3 different continents. The UAE (United Arab Emirates) my place of birth, Australia the choice of destination after my father’s passing, and finally the United Kingdom, the country that would become my permanent home.”

Craig recalled the ambiguity of being brown and what it meant in different countries. In Australia, he felt he was left out of traditionally white sports like Australian Rules Football because his skin colour was closer to that of the Aboriginal children than the white children. In the UK, he was left out of the track and field team because he was Asian and should “play cricket or be a doctor.” Indeed, he remembers being selected for his school cricket team because of his skin colour and was then asked what his father would think because he couldn’t play cricket. The truth was, though, he’d never played cricket before in his life. The teacher just assumed. When he challenged this, he was told to get used it and grow a thicker skin.

Craig (and thousands of children like him) shouldn’t have been judged because of his skill colour and prior expectations but because of himself. In one respect, and as this week’s paper articulates, he might be perceived as lucky because he was expected to be a doctor. As an Asian male, he was expected to be hard working and was expected to go to university. Had he been black, or Aboriginal, or Maori then he probably wouldn’t. In all probability his schools would have had different expectations in terms of his physical education prowess and his likelihood of a university education.

The narrative of this research is built around Fitzpatrick’s returned to a school where she used to work. Looking afresh at once familiar classrooms and buildings help her to see the details that previously she had overlooked. One thing she noticed, and which I want to notice as well without spending the bulk of this section exploring it, are the experiences of the Maori children in the school. The voices we hear are of young brown people who are pre-programmed to recognise themselves as inherently physical while simultaneously believing that they not academic. Fitzpatrick recognises the irony of these stereotyped notions of brown bodies in the inherently academic confines of examination physical education. She allows us to hear children who position PE as the only reason they sometimes come to school whilst believing that science “doesn’t come easily in our minds.”

There is a clear, and inherently artificial, divide placed by students between the physical (i.e. the natural flair and ability) and the educational (i.e. the intellectual) nature of physical education. This, according to Fitzpatrick (and others), is despite the focus in examination physical education on the sciences of biomechanics, physiology and anatomy. And yet it seems easier (or perhaps more natural) for the Maorichildren in this study to recognise PE as ‘their space’ and to see themselves as ‘physical as opposed to intellectual.’

While this is a strong narrative in this paper – and one I could spend longer on – I was intrigued by the story of “Reene” the former “Kikorangi High School” pupil turned PE teacher. In many ways she represents the antithesis of the anti-intellectual stance taken by the children. I’m particular interested in Reene because, as Maori, she is a brown body who has entered the intellectual space of a university and come out the other side. She has broken the mould, so to speak, but not without her own challenges and compromises. She is one of us but hers is a journey that many of us, as Pakeha, would struggle to recognise in our own experiences.

Fitzpatrick highlights Reene’s position as being in ‘two worlds’ – one of perceived physical dominance and one of perceived intellectual inadequacy – and holds that not only did Reene have to reinvent herself, she has to help others to reinvent their perceptions of her. As a brown body she wasn’t supposed to be in “this different field of practice. Even her core subject area, a space of belonging and success for her, involved a different logic of practice and set of expectations.”

In not seeing herself as a “student of science”, Reene has to admit to “feeling small” and, in doing so, she acknowledges that “she set out to prove herself.” But that didn’t come without a cost. “If she talked and acted like she did at home, she was labelled a ‘hori’ (a derogatory term for Maori). She has to talk more like Pakeha/European to fit in.” Whilst this was a compromise Reene didn’t adopt a “defeatist position” and. instead, “embrace[d] her difference with a kind of resistance saying ‘I’m not going there to fit in.’”

In positioning black and brown bodies in physical education as naturally sporty but non-intellectual we are limiting their potential to succeed in different spheres of life. If we allow students (any students) to “take up and reinforce such racialised notions” then we are part of the problem. These notions may provide a sense of belonging but they also restrict brown and black students’ identities and lock them into expectations about their bodies. Reene set out to prove them wrong and we must take up that challenge and prove society wrong. We must see our subject as more than physical and we must see black and brown bodies as much more than physical too. There is clearly much to do and that starts in our classrooms and with the young people we work with and seek to nurture and develop.