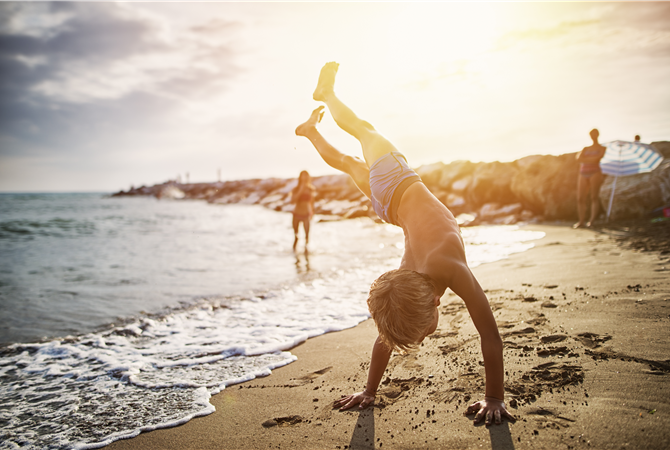 In the previous blog I suggested that we need to look hard at the gendered nature of physical education and consider starting again from scratch. In seeking to make physical education genderless we have favoured one idea of engagement i.e. team games, over any other and then watched, confused, when girls show through their actions and inaction that they don’t like being in the boys’ classroom. I concluded by suggesting that only by being gender sensitive and understanding what it takes to lead an active life will we make physical education a place for all.

In this blog explores I explore physical literacy and asks if there isn’t a better way of doing things. In considering the notion that our experiences are embodied – in other words that they are lived and physically experienced rather then simply being intellectual understandings – then the blog asks just how important are the experiences of movement that we each experience as individuals? If we live our lives through movement then it seems to be a right of each child to develop what they ‘can do’ rather than simply show how they meet our expectations around movement.

Many of my blogs question what we do in the name of physical education. Not because people think that being a good games player or an elite performer is a bad thing - far from it - but because it is not the only thing that someone might be either physically good at or aspire to. It seems reasonable to suggest that physical education is not about being good or an expert performer, but being able to achieve to the best of your ability. Yet, how many children have been denied opportunities to ‘showcase’ themselves or even improve in physical education? Do we cater for all or do we teach to the middle? If, as the former paralympian Baroness Grey-Thompson suggested, disabled children are being sent to the library during PE then what chance do these kids have of developing any of the attributes of being physically literate? In other words, how can all students be encouraged and supported in the development of their physical competencies.

I think back on the early lessons I taught - both as an unqualified and then a qualified teacher, and the unconscious divides I placed around ability, and the finite definitions I harboured around ability and non-ability. I think of the limits I placed on children’s and I wonder what I achieved. One of the key ideas behind physical literacy is “motivation, confidence, physical competence, understanding and knowledge to maintain physical activity at an individually appropriate level throughout life” and I am not sure how well I facilitated this through a physical experience dominated by games and a teacher-centred approach. I think in some of the later lessons I planned and taught through pedagogical models I did better. By considering what physical education was and does, I increased the chances for the kids I taught. However, the fact that I have no data around the current physical activity of any of the kids I taught seems to be a failing on my part, but the here and now (or the then and there) seems to take much greater precedence over the life course.

What would happen if we made the life course the underpinning goal of all movement. In other words, we considered what sort of impact an activity would have on the future (both near and far) of the kids that we teach? Ideas such as balance, coordination, flexibility, agility, control, precision, strength, power, and endurance take on new meanings when they are considered in a forty-year old (like me) rather than a four or fourteen-year old. What would happen if we focused less on specific activity skills and immediate fitness and became concerned with developing positive attitudes and actions towards physical activity? What would happen if we considered more how, as individuals, we interact with natural aspects such as gravity, gradient, fixed and moving object, and water or man made items such as ladders, escalators, cars, and the manipulation of implements? Body awareness on each of these ‘realms’ and in relationship to each of these objects is important and they define much of who we are because they influence what we can do. Enhanced mastery in the physical domain, even at a modest level can have positive effect on performance and achievement in other areas of the curriculum. So why do we make such stark divides between academic success and physical competence?

This paper asks us to consider what physical education might be like if we worked to both a shared goal of physical literacy and shared understanding of what this meant. Drawing on critical philosophical debates around physical literacy that started in the 90s, Whitehead suggests that “we don’t have a body; rather we are embodied”. In other words the body is not something that carries around the intellect, but has little worth on its own, it is something that is lived and which is integral in our understanding of the world. “Meaning”, as Whitehead argues, “is, therefore, not created by a result of apply the rules of cognition of the strictures of grammatical correctness but arises through our embodied interaction with the word.”

Ideas such as balance are not intellectual terms that can be understood through a set of rules. Instead, they are ideas that are experienced and lived. Similarly, emotion is not just a thought but a physical response to a situation, one that we show on our faces and feel in the pit of our stomach. Writing is a “brain-body coalition”. Developing previous work in this area, Whitehead suggested, “the original sense of ‘I’ is ‘I can’, a practical sense of the body’s possibilities”. It is not defined by thought or even by a visual sense of self (having looked at myself in the mirror) but by what ‘I can’ do. This sense of embodied dimension goes way beyond the absence of disease or the enjoyment of sport and puts the sense of what can be achieved at the heart of learning. It also puts the individual at the heart of education and suggests that it should rotate around the child and not the other way around. In this way every child should have a personally rewarding experience in PE and should leave compulsory education with an attitude towards physical activity that opens doors, in similar ways that numeracy and literacy open doors. But do we really open doors to the physical activity for the life course?

What’s next? As part of these blogs I propose the following as a way of considering the implications of this research- Think, Act, Change (or TAC for short).