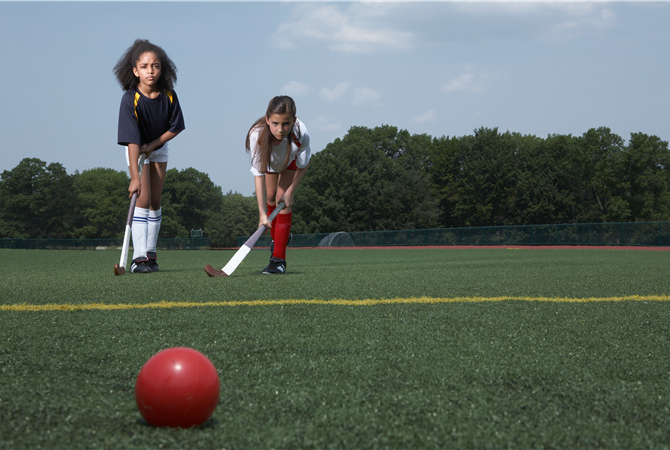 In this week’s blog, I explore Flintoff and Scraton’s (2001) work on girls experiences of PE. The paper argues that we need to look beyond the ‘traditional’ views that girls dislike PE, and understand the different forms of learning that girls want to engage with. Especially, if we are to adequately provide meaningful and worthwhile experiences.

This paper has been particularly difficult for me to personalise and reflect on (as I would normally do and not because this is a poorly written paper – far from in fact) as my experiences of teaching PE have been from an almost exclusively boys only perspective. I taught single sex classes for the majority of my career in a school that had two separate departments, budgets, heads of department and agendas. This wasn’t just single sex lessons but single sex full stop. It wasn’t until the last year of my career that the boys’ and girls’ departments merged and I got to teach girls. Consequently, my experience of teaching girls is limited to say the least.

However, I was aware of girls’ experiences of physical education from the female teachers’ comments in the staff room and my observations of their lessons. Repeatedly I heard that the girls were a ‘problem’ to teach, they didn’t like the PE uniform and they weren’t always willing to participate. Yet I wasn’t that surprised the girls didn’t like the PE kit, it was a white t-shirt and white shorts – not the sort of style for a teenage girl. I also wasn’t surprised that the girls didn’t like PE when I saw them doing laps around the field as the alternative form of PE for when they couldn’t do swimming because they were on their period. As a tutor and as a PE teacher I certainly felt for the girls when they were put on display to the school (so to speak) just because they were menstruating. I knew that this was why they ran. I am not sure how many others did but still I felt increasingly uncomfortable about this public display. However, these weren’t my lessons or even my department. I was tasked with teaching the boys, and I didn’t really know what it was like to teach girls and to try to engage them, even though I could ‘see’ what might be disengaging them.

When I read this paper, the findings reported by Flintoff and Scratton were not too dissimilar from what I had learnt from ‘listening and ‘observing’. Indeed, the paper suggests that girls don’t like the PE kit, they don’t like being objects, and that many of the teachers see girls as a ‘problem’. Yet as Flintoff and Scratton suggest these are old views of girls’ engagement in PE. Therefore, the other messages in this paper were enlightening, and whilst I will explore these messages fully as I reflect on the paper in the next part to the blog, the take home message for me is a little bit bigger than exploring girls’ experiences of physical education. As I have written in previous blogs, I had long accepted a ‘traditional’ approach to PE being ‘THE WAY’ to teach, and I had accepted this through ‘listening’ to those who taught me to teach and by ‘observing’ my teachers teach me, and my colleagues around me teach. Yet this was a narrow view and I had to read, reflect on my practice and listen to others, to become more aware of different forms of PE, differing types of engagement, and the different types of learning experiences that I could create for my students. Therefore, from ‘listening’ and ‘observing’, do we have a narrow view? Are reading blogs like this, enlightening to you to? And are blogs a form of teacher learning that makes us more aware of ALL learners’ experiences of PE, and not just those we are timetabled to teach?  Should the PE teacher who made the girls do laps around the field for having a period read this blog? And if she did…what would she say?

Flintoff and Scraton started by suggesting that so called ‘new’ evidence showing that PE was turning off girls was not really new and in fact differed little from evidence that was gathered in the 80s. Furthermore girls were still being viewed as ‘the problem’ rather than PE itself, where issues of the past remained issues in the present: wearing PE uniform; no-jewellery rules; compulsory showers; and having to play games out in the cold. Worryingly, girls continued disengagement in PE is occurring at a time when more women than ever are taking part in physical activity. The apparent disconnection between PE and the wider trends in society seem concerning, and this paper sets out to find an explanation for young women’s rejection of PE and yet their increasing involvement in out of school physical activity.

Exploring the early work on Gender and PE Flintoff and Scraton suggest that the key argument revolved around the idea that women were denied access to activities (especially those consider unfeminine) and had less chances to develop physical skills and competences. Yet these arguments were criticised as not considering wider issues of “structural power relations of gender in which PE was situated” and PE role in reproducing gendered power relations (i.e. that men and boys were strong, independent and skilled and women and girls as fragile, nurturing and less physically able). In other words “PE was failing to provide girls and young women with either the experiences or the resources to help them develop physical identities as other than the antithesis of men – less able, less strong and less competitive”. The girls in this study refuted some of these claims but were also compliant on the reproduction and continuation of the ‘ideas’ about women and physical activity.

When asked about the purposes of physical activity (PA) and PE many girls had clear views about how PA impacted on their self-esteem, energy levels and general health. They mentioned that their clothes fit better and PA helped them lose weight and keep fit. Feeling better was important and PA wasn’t for long-term benefit but for shorter-term gain. It was seen as ‘something to do’ and ‘got you off the street’. It was better than ‘sitting around’ or ‘slobbing around for ever’. Doing it for themselves was mentioned so that they felt better, but in the end some of the girls admitted that they were always “conscious of other people judging you”. The girls also mentioned the importance of skill development and the importance of having this development recognised – through awards or selection for a team. The girls enjoyed feeling skilful and they felt that this feeling was a valuable part of continued involvement in physical activity. In contrast, the girls found it much more difficult to find a clear rationale and purpose for doing school PE; outside of it being a break from academic work (especially when for many it wasn’t an examination subject).

While the purpose of PE was unclear, the girls’ feelings about it weren’t. They were critical of the PE offered in their schools – especially the choice of activities offered, the teachers, and mixed classes. Importantly, the girls suggest that while, in theory, there was a choice of activities offered to them, in reality, the choice was limited. They didn’t all want to do traditional team-games and that very little of what was offered was relevant to what the girls did out of school (e.g. swimming, aerobics, dance, jogging). Indeed, they felt that the teachers were putting on options “from their generation” and not the girls. Furthermore, when these options took place in mixed sex groups – in order to enhance girls’ access - the girls immediately saw this as a non-option because of the way that boys dominated play in such groups.

A second criticism of PE was the lack of physical challenge. The girls felt that this was important and yet felt that the teacher adopted approaches to teaching PE – especially as the girls got older – that focused on play and fun and not on learning and development. The girls wanted to meet and overcome physical challenges and this was rewarding and confidence building. In fact the girls suggested that their teachers were sarcastic about their ability levels and/or held low expectations of them, or just didn’t seem to care.

Uniform remains an issue. Flintoff and Scraton found it hard to credit that, almost a decade (not over two decades) after research was published pointing to compulsory uniform as a key factor in girls’ discomfort and dislike of PE, uniform remains a sticking point in so many schools. Mixed classes and uniform combined to make the girls feel like ‘heterosexual objects’ who were judged by their peers on their attractiveness. In contrast to the objectification it was clear that when they were allowed to wear their own clothes (i.e. in out of school activities) they chose to be physically active.

While their involvement in physical activity varied - in terms of the nature of the activity and the intensity and engagement – all the girls were positive about their PA choices. This contrasted greatly with their experiences of PE. Single sex PE seems important; especially in activities like swimming where the scrutiny of the boys (and their apparent freedom to pass comments and their eyes over the girls without fear of teacher punishment or rebut). No degree of ability or engagement seemed enough to encourage the girls to want to swim with the boys (and one of the girls was a high level swimmer). The girls don’t want to be seen as the problem but felt that PE should provide for them and their lifestyles and not be only about the boys or what the teachers wanted to do.