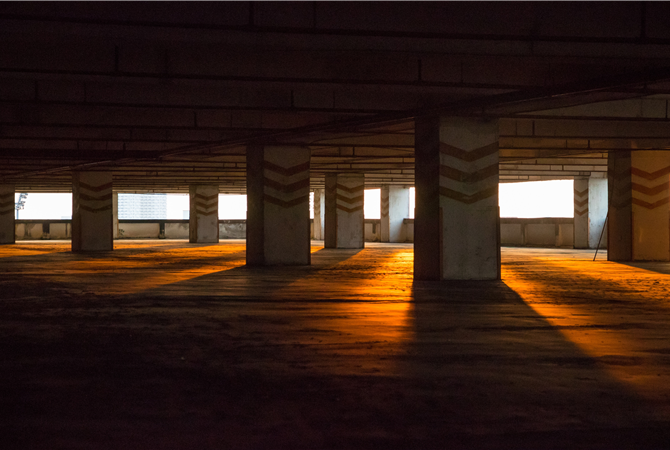 In the previous blog I investigated the ‘muddy water’ around the idea that what a ‘teacher does students then do’ (i.e. that what a teacher teaches students will learn) as the basic premise of teaching and learning. However, the blog suggested that there are many different cognitive processes that affect the transmission of information from teacher to student, that in turn effects what is learnt and what is done in our lessons.

This week's blog explores the impact on the transfer of learning. In particular it compares the difference between learning fundamental skills and learning specific skills. It asks how learning changes when children are taught the ‘specific’ skill of the overhead clear in comparison to being taught the ‘basics’ of throwing. The authors suggest that developing the ‘basics’ can improve learners’ performance in the overhead clear, throwing and the javelin. Subsequently, this blog asks questions about how we should be teaching different sports/activities in our programmes, and asks when the right time is for ‘basics’ and ‘specificity’ in learners’ physical education experiences.

I spent a long time before putting the title on this week’s blog as I was looking through all sorts of sayings to find one that best fit the ideas of O’Keeffe and colleagues. ‘Don’t put the horse before the cart’ didn’t work because that suggests that there was only one way of teaching children and that’s just not true. ‘Chicken or Egg’ but that suggested that there was a real conundrum around how to teach and, on the evidence of this paper, maybe there isn’t. ‘Don’t run before you can walk’ seemed better but then I opted for ‘Foundations’ as a title. Foundations suggest to me that initial work is vital if the more specialised skills are going to be developed as a consequence of earlier learning …at least that is how I’m using the idea for this explanation.

The rationale for this paper was the notion that skills are transferable, i.e. if you learn how to play one sport then the core skills will transfer from that game into another. I’ve used this argument with students both in school and at university to say “stop thinking of yourself as a hockey player and start thinking of yourself as an invasion game player.” I feel that we specialise too early – both in terms of sports and in more particularly in terms of positions. Goalkeepers are classic examples of a specialism that is often imposed (voluntarily or coach enforced) on players and they become pigeon holed – becoming experts in one set and at the expense of wider understanding. Other examples would be the categorisation of bowlers and batters in striking and field games or attackers and defenders in rugby, football, netball or hockey. I am not saying that this ‘specialism’ shouldn’t happen just that it should happen later, when children are older and not when they’re still learning the game or still undergoing massive changes both physically and emotionally.

The same can be said about skills. We specialise too quickly. Why do children need to learn the technical aspects of the overhead clear before they have learnt the joy of playing badminton – in whatever modified form they enjoy? In my capacity as an educator I see young children in different learning situations regularly and I’m always surprised to see how specific (and adult) the skills are that they are asked to learn. I wonder what happened to the basics and their importance in a child’s physical development?

The core message from this empirical study is that learning the fundamental skill of overarm throwing has a significant impact on students’ ability to perform the overarm throw. However, the development of this fundamental action also transfers to enhance the same student’s performance in both the overhead clear in badminton and the javelin throw. In contrast, learning the overhead clear helped the child’s overhead clear (this got better) which is good. But it had no significant impact of the other two movements. But what does that mean?

Generalising beyond this study it seems that basic movements positively impact on other similar movements while the learning of specific skills enhances those skills but not others in the same general area. Specialism works and enhances the skills we desire to be enhanced, but laying the foundations and concentrating on the development of these skills has wider implications on a child’s development. Laying these foundations seems key as it allows for faster development – this is what has been said about literacy and numeracy skills – now we need to apply this to PE and coaching…don’t we? If we developed multiple or transferable skills, rather than singular skills, then would this impact on children’s health? And/or on their engagement with physical activity?

The work of O’Keeffe and colleagues explores two different learning theories and applies them specifically to sport. They particularly explore the benefits of ‘specificity’ (i.e. being specific and focusing on the desired action) and transfer (learning common skills and actions that then positively impact on more than one action or movement).

The notion of transfer of practice has been around for many years and suggests that previous practice has influence on the learning of a new skill. Yet the evidence base for this notion of transfer is limited. In their review of the current evidence (at the time), O’Keeffe and colleagues found reports to suggest that throwing games support the transfer of skills but racquet sports don’t. In other words the general elements of foot, trunk and weight transfer seem to be transferable but the specific actions of shoulder and wrist aren’t transferable to other sports.  The actions of shoulder and wrist are beneficial when dealing with specificity. Learning and practicing the overhead clear improves the player’s ability to play the overhead clear but yet it has no significant impact on other skills. Indeed research suggests that motor skills are often highly specific and that transfer between them, if it occurs at all, is small. Yet, as O’Keeffe and colleagues argue such ‘smallness could be significant in beginners.’ This was part of the rational for their study where they sought to explore the difference in the transfer of skills when children learnt either the fundamentals of throwing, or they practiced just the overhead clear.

When exploring the different benefits of transfer, O’Keeffe and colleagues found that children who took part in the fundamental throwing programme, rather than learning a specific skill, not only improved the throw but also the overhead clear and the javelin throw. In contrast those practicing the overhead clear improved that but not the javelin throw. This finding offers us an insight into the importance of focussing on those fundamental skills. Indeed, fundamental skills may be a more ‘economical’ approach due to the potential wider impact of learning these ‘basics’. The more general movements of foot, trunk and backswing are fundamental components of all three actions used in this study while the specific ‘actions of the forearm and humerus actions are more specific and less likely to transfer’. While this study is limited it does allow us to conclude that while specificity does work transfer seems like the more significant benefit in learning.

What’s next? As part of this series of blogs I propose the following as a way of considering the implications of this research - Think, Act, Change (or TAC for short).

Think about findings of the paper – do they resonate? Use Twitter (@DrAshCasey) to ask question, seek clarification, may be challenge the findings.