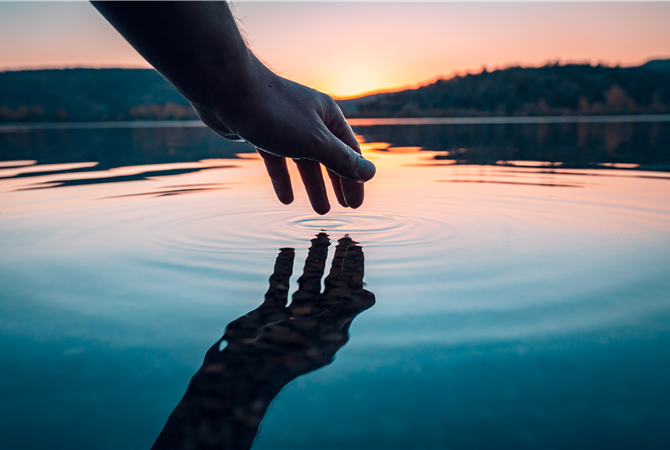 What do I know about dance and embodied learning? Those are the words, well the sentiment, of what went through my mind when I read the title of this paper. I felt uncomfortable and that I was stepping outside of my comfort zone – seriously outside it (just ask my wife about the brevity and quality of the first dance at our wedding) – and that I might struggle to do justice to the work of these two authors. To me aesthetics meant dance and dance has always been about expressing yourself and letting go or getting in touch with your feelings and the raw emotion you are trying to portray. That makes me feel uncomfortable.

Yet. In the instant of my own discomfort, I understood a little of what kids must feel when they are faced with dance at school or university. We don’t really ask them to connect with their feelings in any other way or aspect of physical education – well I know I didn’t as a teacher – and dance (if it even appears on the curriculum) becomes the focus of all our preconceptions about what it should be. It is socially constructed as a touchy, feely, arty, emotional release that allows people to express themselves. Yet it strikes me, having read this paper, that that is just one way of thinking about it. As a cricketer, for example, the feeling of the ball on the bat is vital. You know when it is timed well, and coming out of the middle, out of the sweet spot, and you know the ball will ‘fly’. You feel in your whole body. The same can be said of a golf club, or a baseball bat or indeed a punt or a penalty shot. You can ‘nail’ a pitch or slam a dunk or smash a volley. Equally you can get all of these wrong and anyone who has hit the toe of the bat in cricket will know how wrong that feels. These are not actions but feelings (euphoric ones when we get it right and disappointing ones when we get it wrong) but we don’t see them aesthetically – as movements – but technically - as results. A six or a hole in one. A basket or a home run. We don’t trust our feelings.

For those Star Wars fans among you (and I am one but only the early stuff) the part in the first film where Luke Skywalker is training with the light sabre for the first time sums up this idea. He is constantly failing when he relies on technical proficiency and Obe Wan makes him try with the ‘blast shield’ down. His vision is restricted, and he is asked to trust his feelings and eventually, having got used to the movements, he succeeds. That is what this research suggests we might ask our kids to do. Connect with the feel of something and try to understand what is right and wrong in this way rather than technically. Don’t just ‘do an action’ but ‘feel it’ as well.

How many times have you done that in your sessions? I feel that it would have worked on so many occasions had I actually even thought about it. Here is my challenge to you. Can you help your students to get in touch with their feelings in activities outside of dance? What happens when you do this? Do kids react in the same way as they do in dance? Does it make dance easier to teach when feelings are something that is part of every lesson and not just the aesthetic ones?

Maivorsdotter and Lundvall explore the idea of aesthetic experience as a means (or a lens) through which to explore physical education. They argue that physical education has become strangely disembodied and suggest that the feeling of moving has been replaced with an understanding of movement. The moving body, they say, has fallen out of research (and I would argue out of practice) and is seldom the point of departure when it comes to physical education. The mechanics of movement have replaced the feeling of moving and we are encouraged to know rather than understand movement and to prove rather than reflect on our physical actions.

The authors argue, with help from John Dewey’s idea of experiential learning, that humans are ‘capable of establishing and maintaining a dynamic, coordinated transaction with their environment. The idea of transaction is an important one here because, as the authors argue, it foregrounds the importance of movement. Dewey uses transaction rather than interaction to suggest that the process of moving is significant rather than it being simply the interplay of different and often separate parts (such as the person and the environment or the mind and the body) of an overall process.

Learning, in this way, is not about knowledge of what is ‘out there’ but what is ‘in here’. In other words, it is about what we know ‘in our bones’. The authors hold that “how the body looks on the outside depends on what it feels like on the inside”. In this way bodies are transactional inasmuch as they are moving. Humans and their environments – be they social, cultural, political or physical – are made up though their mutual influence on each other. So, the person influences the environment and vice versa. Consequently, it is to transact i.e. to ‘act across’ environments rather than to ‘interact’ i.e. to have an effect on each other. Therefore, how a body acts socially, physically, publicly, or culturally is important in its own right. It is the ‘lived’ experience’ that comes to fore and meaningful learning is then grounded in personal experience.

For example, the act of shooting an underarm shot or running 100m is not normally seen as an aesthetic experience. They are not normally considered from the perspective of ‘how did it feel’ but rather from a position that inquires ‘what did it achieve?’ Embodied learning is grounded in “a focus on the moving body which is constantly involved in transaction with its environment”. It refers to “actions connected with feelings”. While dance is most commonly associated with aesthetic experience, we can take a different focus and look at games and athletics (to use the examples above) as a whole or in their fullness of a felt movement. Asking questions such as ‘how did it feel’ brings the experiences of the body together and show how important these feels are in movement.

The authors suggest that physical education teacher education students felt different things when they described game play aesthetically. They used two main types of term: Familiar or Unfamiliar, and Pleased and Displeased. A student who might have felt familiar and displeased would describe how they were frustrated – in the ‘knowledge of their muscles’ - that they just couldn’t get the movement to feel right. The idea that feelings of movement create an “aware[ness] of the knowledge that lives in their muscles” serves as a starting point for these types of discussion. However, as Dewey and Maivorsdotter and Lundvall hold it is not until individuals have a chance to reflect on their feelings that this knowledge can be consciously used in different situations.