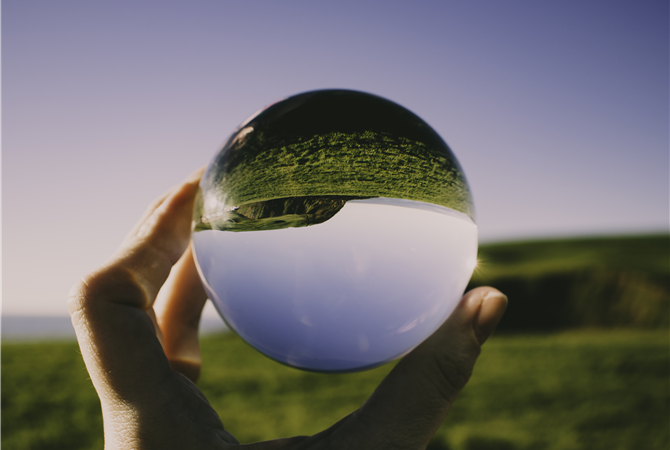 The previous blog talked about gender and its apparent place in PE as “the elephant in the room”. It asked if it is OK just to laugh issues of gender off and play dumb. It considered if strong emotional responses to the idea of gender discrimination – both positive and negative – are suitable in the modern age. It concluded by asking what can be done to help us talk about issues of gender in a mature and adult way.

In this week’s blog I explore the idea of assumption. There is an expression that suggest that to ‘assume’ is to make an ‘ass’ out of ‘u’ and ‘me’ and perhaps we have been guilty of that in education. By assuming that there is a ‘right’ way of doing things and by assuming that the outcomes of our lessons are obvious then we run the considerable risk of assuming that kids learn. This blog explores this notion and asks if we can every be that sure.

“I didn’t see that coming” is frequently my response to who donnits. My wife on the other hand normally gets there an hour or so ahead of me. I am not sure this is just a matter of observation skills, or if she just reads things differently to me, but there is clearly a difference. The same comes when we observe lessons. During my PhD I would frequently be observed by my Head of Department and never, despite my best efforts, could I ever get him to give me outstanding. I used to pass this off as jealousy or bloody-mindedness. He didn’t really like the new-fangled ways in which I taught, and I thought he was just determined never to give it an outstanding and therefore admit that it was better than the traditional way of teaching PE. He always found something that stopped him from awarding that elusive grade. “They weren’t active enough”, or “too much talking and not enough doing”, or other such things were always cited as reasons for my good with outstanding features. It always used to rile me a little but as I mature in age and understanding I wonder if my head of department and I simply saw different things in the lesson.

A group of children stand talking through a number of tasks on a clipboard and one, in the role of coach, is going through the assessment. Around this group in gymnasium are several other groups doing different things. Some are working in pairs on some assigned task and there is a lot of chatter. Some are standing in similar huddles and there are some animated conversations going on. Others still are heavily engaged in activity. Boys and girls work easily together and the atmosphere – while noisy – seems fun and relaxed. The teacher is watching from afar and every so often she joins a group to listen and asks the odd question before retiring from the group and continuing her vigil. The first group break up and move to their designated area and start a new task. Everyone is engaged and some stand and observe while others perform. They are checking their achievement against the sheet on the clipboard. One of them is struggling but he doesn’t seek help from his teacher but is instead supported by his group. He quickly masters the activity and the group return to the huddle to talk again. The teacher stays on the side of the lesson and only interjects occasional. She, it appears, is a watching brief.

The question I would pose here is “what did you see in this lesson?”

I saw a group working in a Cooperative Learning lesson – probably in learning teams – and going through the task cards that were carefully written for them. I see them engaged in five elements of Cooperative Learning (group processing, promotive face-to-face interaction, individual accountability, positive interdependence, and small group and interpersonal skills) without the direct interference of the teacher. The teacher’s role is that of facilitator – ‘the guide on the side’ – rather that the teller – ‘the sage on the stage’. I see boys and girls working together equally and with no apparent hierarchy in terms of ability or gender.

But what would my Head of Department have seen?

The point I am trying to make is that we see different things in the same circumstances. There are always multiple sides to every story and the same applies to teaching as well as learning. No two children will learn in the same way and no two children will emerge from a lesson with the same messages that you intended them to get. So, what do we do?

We could assume that we are following a hopeless path that will lead us, as teachers, to failure – at least in some cases. We will never get through to some children and we need to worry about the majority. Or we could try to ascertain and understand what learning is? I never took the time to educate my Head of Department about these new ways of teaching. He was switched off and I left him that way. Perhaps I could have achieved my outstanding if he actually understood what I was trying to do. I see teachers advocating hard for their teaching and I see communities accepting these messages. Perhaps we need to advocate more with our children and with ourselves. Why are you doing this? Find the answer to that question and then shout it from the rooftops. Make sure people get where you are coming from.

Just like when someone watches the television or a film, it is their past experiences and the social context of their lives that has the biggest an impact in what they ‘see’. The texts (or social signs) have to be read and it is the reading that indicates a number of different things are (or could be) seen. When you go to see a film, however, you are not provided with a formal explanation of what is there. In other words, you are not told what to see. The same can be said of a lesson or a curriculum.

When you read a curriculum document you could read it, as Gore suggests, prescriptively or descriptively. You could read it as a detailed plan of what you have to do or as an indication of what you might do. But Gore asks, “what if we read it critically and reflexively?” If we were to focus on a form of pedagogy that was reflexive (i.e. if we were aware contradictions between the form that we present them in and the form that the designers’ advocated for) and which was morally and politically defensible then we would have greater success in our field. Which, to date, we don’t always have.

Gore writes “that physical education is a negative and destructive experience for a significant number of students is itself condemnation of some practices we carry out in the name of physical education”. This is a point that many of us would struggle to disagree with. You only have to witness the text about PE that comes from film and television to see how our subject is being portrayed. It has become – in its current form – part of the social world, of human life and our histories.

One of the problems though is “that lessons don’t have a single meaning”. Gore argues that we cannot assume that any curriculum (formal, null etc) operates for everyone in the same way. We all ‘see’ things that we want to see.” There are certain meanings that, as teachers, we would prefer students to glean from our lessons, but we cannot be sure that this is the case.

When, as physical educators, we provide answers to questions then we inadvertently present knowledge as unproblematic and incontestable and say that technical competence is of “paramount importance”. We have, in Gore’s words, come at teaching with a tendency to “scientize” the subject.

We present ourselves as the expert knowers but don’t consider who the expert learners are. We need to “scientize” it so we can grade it. How do you award grades for problem solving – especially when students get it wrong. Yet, in learning that there is a ‘right’ answer that is what children are socialised to look for. They want answers and not questions. They want to get it right first time and not repeatedly get it (singular) wrong. There is no margin for error. They want recipes rather than a few ingredients – as Gore so articulately put it.

Yet this is a school issue that has been historically created. But how do we challenge it and change it? Surely, that is the million-dollar question. I think, as Gore suggests, that we do it by adopting reflexive pedagogies and consider the wider text of what our curriculum might provide. We need to see that there is no single meaning and look for answers that are not destructive and negative.