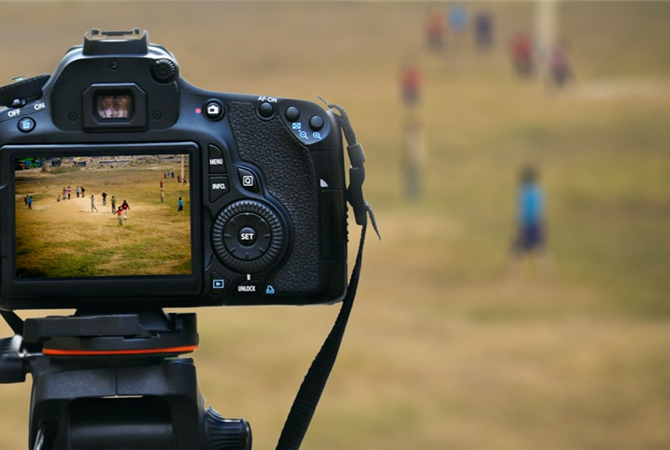 As an academic and a teacher educator, I have long advocated a child-centred approach to learning. Yet, as a parent and a coach (both a teacher who once coached school teams and as a parent-coach) I struggle to align these beliefs and pedagogies with situations I’ve witnessed in different youth sports settings (both clubs and schools). I find my taste for young people’s sport turning from sweet to bitter when I see the emphasis that is placed on winning and the reaction of some parents and teachers/coaches to losing. However, I also find that my ability to influence the positives and remove the negatives muted at best and inept at worst.

To have the best chance of winning teams almost have to almost exclusively pick their (currently) highest achieving players. This would mean that many (currently) lower achieving players wouldn’t get to play. We would become exclusive rather than inclusive and that jars. In fact, this really shakes me to the core. How to the currently lower achieving achieve better if they don’t get a chance to play? Forget ability that’s a point in time. Achievement. That’s a temporal thing.

In striving to win coach would probably have to change the ethos of their team and begin to pigeon-hole players into positions that they will, in all probability, grow and develop out of and away from in the next few years. The attackers of today could easily be the defenders of next season and to miss out key skills is to disadvantage them. I’m certainly not comfortable with this but nor am I comfortable with young children who face matches with downward glances, resigned sighs, and tears at the thought of playing to probably lose, again.

Something big needs to happen. But what?

The authors of this week’s paper suggest that children learn what is required in sport by watching it and experiencing it. If you watch a game of rugby, then you see skilful players thriving and less-skilful players struggling. You see the game depicted through strategy, manoeuvres and social behaviours. You see children getting praised for good things and berated for errors by participants and onlookers alike. These are the things that ‘we’ – as coaches and parents - need to change.

It seems reasonable to argue then that, we need to help the children in our care to be more skilful proponents of the game and to do that we need to help them as individuals. In most games, there are key skills that the players need to thrive but in a group of thirty plus this is a difficult thing to achieve as a coach or coaches. Especially when different children are developing physically and mentally at different speeds.

Skill and decision-making analysis would be a great addition to our clubs. But who has time for that? Yes, it’s a great skill to have as a coach and a teacher but as a volunteer or a parent (or both)? Perhaps with the advent of mobile apps we have a solution. We could ask parents to help us out and film their children. The power of technology is such that we need to think about how we can use it to help the team to develop. If the children can get a better sense not only of the environment of sport but their particular contribution to it and what they can do to enhance that then great. As a coach, I can help those in my care, and those who trust me with that care, to enhance their experiences and focus on development and not winning as our key outcome.

So, I ask you, how do you help your students’ to be skilful? Is technology something that aids this? Do we need to engage others in supporting us to help children to develop?

Lounsbery and Coker argue that skill proficiency and confidence are paramount to developing a lifelong commitment to being physically active. They believed that while schools, for example, do provide opportunities for young people to be involved in activity the vast majority of these opportunities came in the form of interschool sport. Furthermore, the skill proficiency and confidence needed to compete at this level was such that it attracted only the athletic students as participants. To this end nonathletic students had far fewer opportunities to get involved in physical activity than competitive athletes. Why? Because “most current school opportunities to be physically active require skill proficiency.”

Things are not so much better in the community. Notwithstanding exceptions, Lounsbery and Coker suggested that programmes varied from having intuitively understood skill expectations to holding try-outs and cutting participants who did not meet the skill criteria. In both cases, students learn that they are either skilled enough or not skilled enough through observation or by being subject to the judgements of others as to whether they are able to participate. This shapes their “outcome expectations” and therefore their “self-efficacy”.

Instead of this “shop window” approach to skill acquisition, Lounsbery and Coker argued that there needed to be opportunities for continued motor skills acquisition - as it was this that would ultimately facilitate and advance an individual’s ability and desire to be physically active. However, the authors also argued that there were a number of barriers to this – not least of which was the ability of teachers and coaches to provide accurate feedback. In other words, the competency of adults in skill analysis was called into question.

When the authors summarised a number of research studies they indicated that the findings were disheartening. Lounsbery and Coker contended that skill familiarity - not training, profession or general experience – was the most significant factor in an individual’s ability to give meaningful feedback. Novel skill tests suggested (in more than one study) that PE teachers were no better at giving feedback than either student teachers or general classroom teachers. Other research indicated that subtle aspects of skills were ignored or overlooked when the observer (regardless of their position) was unfamiliar with them.

Lounsbery and Coker argued that individuals require help to accurately detect and correct movement errors. In the modern day they suggested that this could occur through the use of video-based packages and an investment of time to understand both the package and the breadth of skills that require analysis. Significantly, however, they also suggest that it was important that individuals perceive themselves to have competence in motor skills. They suggested that competence in motor skills would lead to “higher self-efficacy and shape positive outcome expectations in physical activity engagement.”

The messages from this paper suggest that in order to promote physical activity we need to promote physical competence. Yet teachers are challenged when providing feedback that will lead to improved performance. Technology has been put forward as one way to enhance skill performance through providing learners with feedback on their skills. Yet is this the only answer? Do we need to consider anything else?