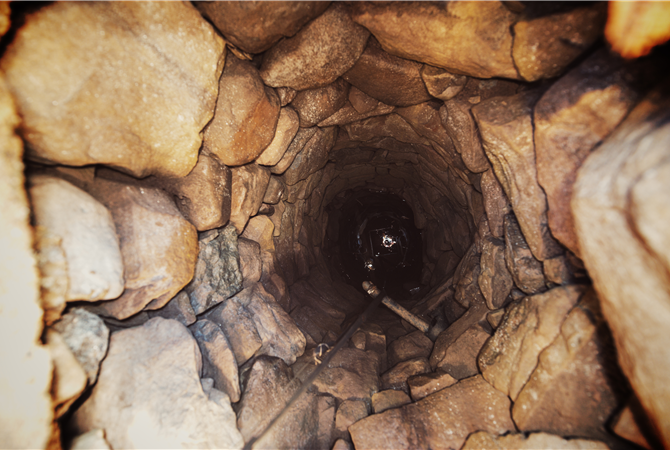 In her explanation of insider/outsider practitioner research, a friend of mine once told me a tale of a ‘bottomless well’ at the entrance to a school. She spoke of the many staff, students and parents who simply stepped over it or around it without even noticing whilst visitors looked in horror.

An outsider (could be a researcher, or a new member of staff etc.) enters a school for the first time and is met by an insider (the head, or Head of a department, or a teacher etc.) and, once the pleasantries are out of the way, is asked what they think of the school. The outsider smiles and complements the insider before asking about “the bottomless well by the school gates.” The insider looks confounded and replies “What well? There’s no well by the gates.” The outsider looks equally confounded and they agree to return to the gates and, sure enough, there was a well. The insider is shocked and can’t understand how they’d missed it. The insider and outsider stand and watch from a distance as other insiders step over and around the well – appearing (like the insider) to be oblivious to its presence.

The moral of the story is that we’re often blind to the dangers and pitfalls in our schools, universities, departments, classrooms and curriculum. Consequently, an outsider (with a different point of view) may be the only person who can point out our mistakes and over to us. Inviting someone new into the organization to point out our shortcomings, however, is not a sustainable solution for future development. Instead we need to put ourselves, every so often, into the shoes of the outsider and have a close look at the things we take for granted.

This is what Kirk’s paper suggests, just not in the same blunt terms as I’ve used. There are many practices that occur in education that, if we truly noticed them, we would be horrified with ourselves and others and yet we either don’t, or choose not to, notice them. They might be small things, but they are often societal things – traditions and expectations that are, perhaps, no longer fit for purpose (if indeed they ever were). There are many parallels in today's society.

Yet how do you ‘see’ them? I once turned the microphone on myself and in two lessons sought to find out what I said and did (not what I thought I said and did but what I actually did do). The transcription of those two lessons was the biggest catalyst for change that I ever experienced. I simply hadn’t ‘seen’ certain aspects of my practice and I truly deluded myself in some areas. I was pleased and I did feel that I was good at some things but certainly not at everything I did. So that’s my challenge. Turn the cameras or microphones on you. Not for formal but for personal reasons and try and see if you have any ‘bottomless wells’ of your own.

Kirk revisit the notion of the Hidden Curriculum more than twenty years after the idea entered mainstream education. The hidden curriculum could be seen as an umbrella term for the types of learning that we feel occurs in schools and universities but which, when pushed, struggle to articulate let alone assess. It is the social behaviour that you learn while sitting in a lecture on biomechanics or the understanding of power (and your place within that structure) when your dog eats your homework. It is not a purposeful and positive activity but is learning nonetheless.

Kirk argues that, for some, the term ‘the hidden curriculum’ has come to represent a “convenient way of describing all the goings-on in classrooms and gyms over which teachers feel they can never gain control.” For others it is a sinister thing that suggests “subversive and perverse knowledge.” To find a way of better describing the hidden curriculum Kirk draws on the work of Dodds and her notions of the explicit, convert, null and hidden (i.e. what is written, sneaked in, not taught, and unknown) curriculum.

The idea of the Hidden Curriculum offers us a frame with which to have difficult conversations with others and ourselves about education. The ambiguity of the term should not put us off using it. Indeed, Kirk argues that we are guilty of assuming that terms mean the same thing to others as they do to ourselves. Using examples such as teaching he asks us to consider what the idea or term means. Does it mean planning, marking, task setting, demonstrating, monitoring? Does it mean all of these or none of these or just some of these? Is it chalk and talk or skills and drills? Is it collaborative or competitive? When the same ideas are applied to learning or physical education, for example, what do they mean to you, to me, to her, to him?

In arguing for a way to explore (and make tangible) the hidden curriculum, Kirk argues that we need to explore the different discourse and ideologies that exist around physical education. Discourse, he suggests, “refers to the ways in which people communicate their understanding of their own and others' activities and of events in the world around them.” In contrast ideology (at least the expression of it) is positioned as the “linking and fixing together of otherwise separate elements of meaning making in ways that seem natural, inevitable, and incontestable.” Crudely (and through my lens and not Kirk’s) I would suggest that one strong discourse around physical education might be that physical education can play its role in ensuring that no one is obese because everyone takes enough exercise and eats healthy. A strong ideology would be that everyone – regardless of gender, age, race, sexuality, disability, socio-economic status has shared and equal access to physical activity (indeed that no prejudices exist).

I suppose the heart of this paper focuses on the distance that we stand from both of these – the discourse and the ideology – and that the hidden curriculum (if we are prepared to explore it) offers us a way of beginning to understand where our own ‘bottomless wells’ lie. It is only by doing this that we can start to move from fantasy towards a better notion of reality – one that, perhaps, prompts us to action.