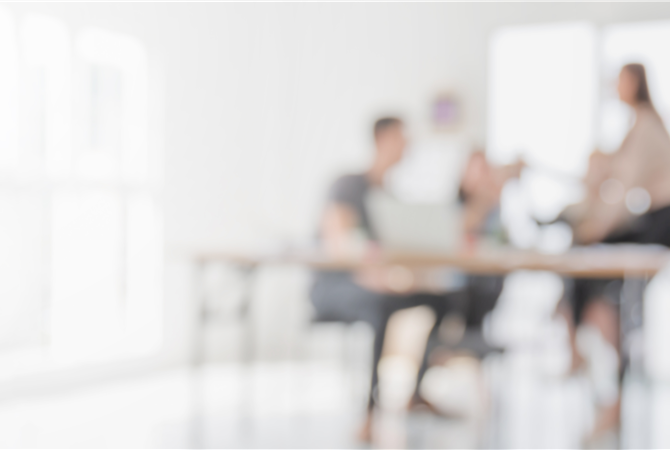 There is no single staffroom. We all understand and negotiate it differently depending on who we are.

We don’t, however, have an innate understanding of how ‘to be’ in these ‘rooms’ but learn as we go along. Our understanding of these different ‘rooms’ and the person we are expected to be in each ‘room’ is developed as we engage with these spaces. Furthermore, while these spaces might look similar and indeed might expect similar ‘people’ to occupy them they are far from being uniform. Each has its own norms, cultures, expectations, rules, roles, and practices - what Rossi and colleagues refer to as dimensions. By exploring the dimensions that exist, the impact of the departmental staffroom/PE office on beginning teachers’ careers can begin to be understood.

Rossi and colleagues suggested that the dimensions that played the most significant role in framing their understanding of workplace learning were: social tasks, performance and practice, identity/subjectivities, spatiality, and micropolitics. While it is important to understand that each of these dimensions overlap in each of the five case studies in the book (and therefore blogs that follow) they are presented in isolation to help the reader better understand how they shaped the young teachers and impacted on the person they were required/expected to be in a given ‘room’. As such – and in the words of the authors – what follows serves as a “jumping off point” for the next series of blogs and provides us with a focus for our discussions this week.

Each workplace has its own ecology or microclimate. Consequently “certain social tasks…[are] of crucial importance in moving from the symbolic periphery to the centre [of expertise]”. Indeed, in order to hold (or even aspire) to a more central position pre-service and beginning teachers are expected to forge an understanding of that it means to be a teacher and to teach in this specific microclimate. To do this they [the new teachers] need to understand and ‘master’ three interconnected task systems i.e. the teaching task system, organization task system, and social task system.

Beyond the task of teaching a class the tasks of significant importance in this study (and therefore the staffroom/office itself) were the organization task system (i.e. the way in which new teachers prepared and planned for teaching) and the social task system (i.e. the ways in which new teachers created and maintain “cordial relations” with supervising/cooperating teachers, other teaching staff and non-teaching staff members). Both of these systems served as a way of considering the range of tasks that new teachers must engage with – tasks that only seem to superficially relate to the work they ‘signed up’ to do.

Another way of positioning the practicum is as a performance or indeed as a site of a performance. While the practicum hasn’t previously been “theorized as a performance” it seems to lend itself to the idea that the ‘room’ we’re in influences the person we are being. Put more simply the pre-service or beginning teacher is required to represent themselves differently depending on the context and the audience. Rossi and colleagues position “the departmental office/staffroom as a stage upon which the drama that is the practicum is constructed”. In doing so they suggest that the individual is then able to present her or himself in the appropriate way which means showing how they “value and ascribe great worth to the learning experiences within the subject department office”.

Alongside the idea of performance comes the idea of identity/subjectivity or, as the authors describe it, the idea of ‘subject positions’ i.e. being either positioned by others as a novice, student, or apprentice or taking on the same position(s) voluntarily. In this way the new teacher is seen to perform or practice the role that is ‘expected’ of them. This idea points to the notion that teachers need to make sense of themselves within the department (i.e. how to participate through their gestures, actions, behaviours and tastes) before they are granted ‘permission’ to move towards the centre and have influence over the actions and perceptions of the department. In this way “pre-service teachers’ participation in the subject department office functions as a site not only for learning but also for identity formation.”

Similarly the ‘space’ of the office is significant. How the space is conceptualised i.e. how it dictates the way in which people ‘act’ and ‘be’ in this space (by sitting next to each other, near the kettle, in the head’s seat etc.), has important implications for the way people themselves are perceived. The ways in which problems such as staff numbers are rationalised in terms of spaces to work can have a profound effect on individuals. Always being the one to answer the door or make the tea says a lot about the relative position of the member of staff in a certain space.

The final system, and the one that framed the entire project, was micropolitics. Given the often isolated and geographically remote positioning of the physical education office, the way in which people were managed within a department and within the wider politics of a school was significant. People of differing interests, goals, status, power and authority are often found in physical education departments (at least in the UK). Individuals who hold different responsibilities around the school and yet who congregate in one place. Power – to be used both for influence and protection – comes from the traditional authority-base positions in schools. However, influence is also situational, dynamic and flexible and can be used to “maintain, defend or advance” our personal interests. The flow of power (which often misses the new teacher) makes certain practices possible and others either unimagined or impossible. When a teacher is able to impose their influence then they are able to “leverage a situation towards their advantage” but this is not something that comes to a new teacher either quickly or easily.

In navigating the different and yet intertwined systems of social task, performance and practice, identity/subjectivity, spatiality, and micropolitics the new teacher is required to understand, exist and even prosper in a space they have just ‘jump-off” into. While it is understandable to see it as daunting and not always ideal it is not understandable that we know so little about workplace learning and yet put so much stock in it. Only in opening our eyes the ‘mess’ that teacher young and old have to navigate can we begin to be positioned to understand what we are letting our teacher in for.

< Back to Home
The Physical Education Practitioner Research Network
I launched PEPRN in April 2010* through a post titled “Finding a starting point for teachers-as-researchers&rd...
Micropolitics
What has emerged from this series of blogs is a very real sense that new teachers are not free to simply be who they...
Matter of Expectations
W hen new teachers start to make the transition from non-teacher to teacher shouldn’t this be with a sense of ...
Archives