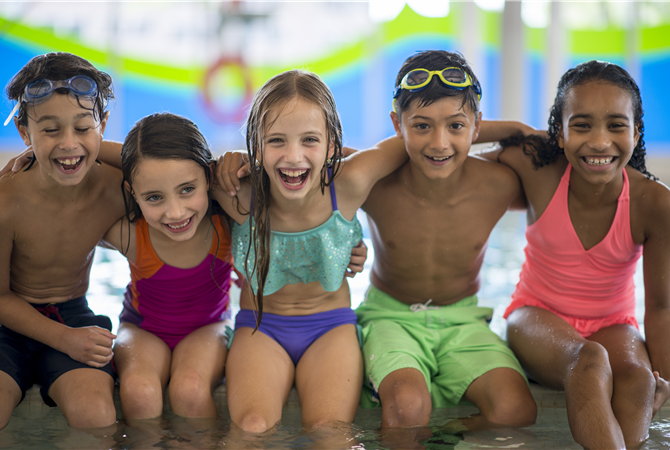 The most significant moment in my professional life was the shift from a teacher-led to a student-centred approach in my teaching. This wasn’t a light-switch moment. I didn’t suddenly become a different teacher. Instead, I had to graft. I had to unlearn much of what I had already learnt about teaching across the first seven years of my career, and I had to deconstruct and then reconstruct my pedagogy. I spent a fair amount of time falling over and more time standing up again and pushing forwards.

Yes, I had help. You don’t do a PhD with David Kirk and not get help. You don’t read the works of Metzler, Griffin, Siedentop, Jowett, Bain, Ennis, Bunker, Thorpe, Dyson, Macdonald, O’Sullivan, MacPhail, Hastie etc. and not get help. But it wasn’t straight forward. Teaching isn’t a formulaic profession. You don’t pick up a book on sport education and suddenly it works seamlessly in your lesson. Truth be told, my first unit of sport education could be considered, in hindsight, a 20% hit and an 80% miss. In truth it was cancelled by my boss after 5 weeks. Not an auspicious start to my Models-based Practice (MbP) career and one you can certainly consider to be me falling down.

One of the keys to my success was I kept standing up. Another was time. It took me the better part of three, maybe four years, to get a degree of understanding and develop a new practice that made MbP possible.

If I was to divide myself into a teacher and a researcher then both parts of me had a role to play. The researcher was there to support and guide the teacher while the teacher was there to provide knowledge and understanding of the context and the young people. Transferring that to this week’s (and last week’s) paper these roles are recognisable. The authors/researchers were there to support the teachers so that when they left the schools sport for peace could continue. The teachers remained the experts. They determined what was taught and how it was taught, and they reached out for support when they needed it. This, to me, is how school based research should occur. It is about scaffolding and supporting and not about dictating and directing. It’s about learning together and isn’t hierarchical.

Ennis and colleagues set out to support twelve physical education teachers from six urban schools to develop a curricula approach that would allow “students to interact respectfully over an extended period of time.” They chose to work with urban schools because these locations presented “particular challenges to developing social affiliation and achievement” and teachers often “experienced difficulty in organizing and conveying content and in their ability to maintain order and discipline in the classroom.”

At the heart of the problem was the lack of control teachers had over curriculum content and the external determination of what good teaching meant (i.e., higher scores on standardized tests). Furthermore, there was a persistent feeling of inevitability among the students and a sense of doubt regarding the purpose of education. Afterall, a high percentage of children weren’t expected to complete school and many were predicated to experience poverty and unemployment. They had seen this happen before with parents and siblings and weren’t optimistic that their lot would be much different. As a consequence of these doubts urban schools weren’t seen to offer good educational experiences for those who wanted to learn. As such the authors felt that a comprehensive change to physical education in these schools was needed.
Their solution was to mix the enhanced emphasis on responsibility, affiliation student ownership, and roles attributed to sport education with the conflict negotiation and care and concern for others embedded in peace education. The hybrid model they created (and on a personal note I think this is still one of very few hybrid pedagogical models created to date) was “sport for peace.”

“The ‘sport for peace’ curriculum was designed to reflect the characteristics of peace education was goals and curricular structures specifically focused on promoting nonviolent behaviour, a sense of community, and student ownership or empowerment within the school curriculum.”

In a similar vein to the paper I explored last week, Ennis and colleagues didn’t come in a take over the curriculum but set out to create a space in which teachers could plan their own lessons. They did this with the understanding that “if physical education reforms in schools are to have an impact in urban schools, the curricular models and implementation strategies should be effective in the most challenging school conditions and be sensitive to and reflect the reality of teaching and learning in schools.”

What they learnt across the different phases was that change takes time but if it is given time then it can be very successful. In phase 1, the teachers taught a little and mainly allowed the students to organise their own games and play. While this served to introduce some of the core principles of sport for peace it still saw “low-skilled boys and girls remaining on the side-lines or jogging slowly up and down the field, rarely participating in play.” Significantly, it also showed the teachers that they needed to make major changes and most were eager to try new ideas to impress their principals.

In phase 2 the teachers and coaches meet privately to create teams that were evenly balanced and, most significantly, started to acknowledge that they need to understand “when and how to incorporate conflict negotiations in their classes.” This meant that the students themselves began to recognise “when the ball was not distributed fairly to everyone” and then “discussed the problem, express their feelings, and persuaded others that the current system was unjust.”

By phase 3 “students developed an affiliation for their team and described it as a family. Similar to a family environment, they felt responsible to their teammates, showed them respect as individuals, and developed a sense of trust that is unusual in these urban schools.” Significantly the behaviour of dominant, aggressive players had to change. Whereas status in physical education had traditionally been gained through “an almost total disregard for others” now these students had to show their willingness to cooperate with the teacher-selected coaches and assistant coaches and support lower-skilled players. “Highly-skilled students weren’t unable to gain respect through dominant play. Instead, they earnt respect through thoughtful decision-making, effective teaching, and positive support for every player.” Furthermore, “both low- and high-skilled players appeared to acknowledge two kinds of respect, respect for self, which high-skilled players had and low-skilled players learned, and respect for others, which the low-skilled players had but high-skilled players had to learn.”

Fundamentally, sport for peace encouraged teachers to share curricular ownership with students, which was something they had seldom (if ever) considered in the past. The choice, however, to change the ecology of these classrooms was a straightforward or easy one to make: “the decision to disrupt aggressive behaviour as in physical education is a political and controversial one for some physical educators. Teachers who, themselves, have experienced success in these highly competitive environments are sceptical of the need to create a safe place and the process used to structure this environment.”

The decision to support the teachers to implement a new curriculum, rather than dictating change to them, was instrumental in the success of this work. As with previous work discussed in this blog, the expertise of authors seems to be best deployed as advocates and supporters of change and not as agents of change themselves. As experts in their own context, teachers are best place to instigate, drive and maintain change. Equally, researchers are best place to support change and help teachers and schools to move towards the future they desire. This is team effort and there are some things that are known and some things that need to be learnt.