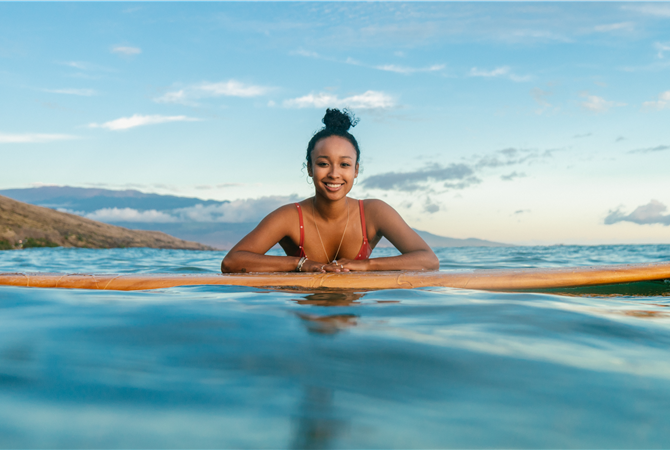 I recently had the pleasure of listening to Brian Culp’s talk “Black Humanity in a Crisis of Movement” through the AIESEP Connect series. While I couldn’t make the live session, I was lucky to be able to connect with his talk via the Playing with Research Podcast. Thanks to Risto Marttinen for his considerable efforts in making these talks available and to Brian for his work. On reflection, and in keeping with the topic of this week’s blog, the availability of the talk through so many different mediums speak volumes about the different geographies in which learning occurs.

Taking inspiration from Brian’s talk I begin my reflections with a disclaimer. This blog is not intended to represent Brian’s views nor his body of work. Equally it is not supposed to position myself as an expert in this field. In fact, it does quite the opposite. In truth, I write this blog from a position of privilege. As a white, heterosexual British middle-class man I have long stood apart from, and remained ignorant of, these issues. I acknowledge that while I’m striving to better understand my privileged position I’m failing more often than I’m succeeding. I also acknowledge, in an echo of Brian’s words, that this blog “is not a substitute for intentional and sustained efforts to combat inequity, racism, other “isms”, and other anti-black practices.”

Whilst I come from a position of privilege I also come to this space, and this blog, with a lack of understanding regarding dehumanization and spatial justice but with an understanding of geography. Unbeknown to most of you, I studied Geography as part of my undergraduate/bachelor’s degree. Indeed, I have a BSc in Sport Studies with Geography and Environmental Issues. Furthermore, I taught geography (albeit poorly on reflection) in the first three years of my teaching career. As such, I have been able to apply some modicum of understanding to this week’s paper.

Geography to me has always been split. I learnt about physical geography and human geography. I learnt about glaciation and urbanization but to my younger mind these things were fixed. The erosion of rivers and the construction of shopping centres were things that had already occurred. They weren’t going anywhere. They lacked a sense of fluidity and movement. They were things to learn and not things to embrace. With age has come a different sense of space. The speed at which a building is thrown up and the speed at which the environment changes are no longer static entities but fluid changes.

Despite this, my own understanding of me has, in some ways, been slower to evolve and change. I have been standing in the warmth of my own privilege for so long that I didn’t fully realize that others had different experiences. My space was large and well-provisioned while others experienced degradation and dereliction. My challenge now is to recognise that the same speed of change that I have come to see if geography can occur in other spaces. As I said above, I’m striving to be and do better but that means finding a path through space and challenging my own perceptions of space – both mine and other peoples.

Culp “thirdspace investigations” begins with a consideration of spatiality i.e., “the actions, interactions, entities, power, reach and intensity…of the relationships between space and society.” In doing so he reflects on the importance of ‘where’ someone comes from as a catalyst for conversation. It’s much easier to talk about place, time in that place, friends in that place than to talk to someone based on their name. Place gives a sense of space. If you come from England then it’s Buckingham Palace, from Australia then it’s the Sydney Opera House. These are safe and global spaces. As Culp suggests “location shapes us...are fragmented reflections of ourselves and pieces of the puzzles of our identity.”
While locations make nice after-dinner conversations they also enable and constrain us. Places and space are not neutral.

They are manifestations of power where some can tread safely, and others can never tread. For some, their neighborhoods are filled with green spaces, and wide avenues where it’s safe to play out. There are health food shops and cycles ways and well-maintained and manicured parks for the local population – often the white, affluent professionals who live in the suburbs. For others, the local shops only sell chocolate and soda, the roads are narrow and busy and the patch of common ground is filthy and unsafe. Two children may grow up half a mile apart but have completely different experiences. How does a child learn to avoid the well-maintained parkland and the health food shop? How do we justify the “unfair and uneven distributions of resources” and the privileging of the few over the many?

Drawing on the work of Harrison (2013), Culp introduces us to “racial spatiality which illuminates the less-formal, less-direct, and less-obvious ways that society is shaped to restrict the options available to racially marginalized groups.”  This concept is based on “the perception that certain racialized bodies are expected to occupy certain social spaces and complementary, that the presence of these ‘other bodies’ in spaces considered off-limits by those in power creates social disruption, moral unbalance, and/or demands explanation.”

Culp gives examples of such othering of black bodies when he talks about Black women training as professional surfers and the ‘surf wars’ that ignited over “surfing waves, shoreline and even whole beach towns.” He talks of harassment by White surfers and “Surf gangs.” Ultimately, Culp leads us to the notions of space and dehumanizing practice i.e., spatiality.

“Spatiality is a product of intersecting social relations and happens in real time. It is an active practice where space is always in a process of becoming and being made, reflecting ongoing structural in equities, perceptions of social status and opinions of where individuals should reside” (Massey & Denton, 1993).

Spatiality, therefore, is a “production that wields privilege for certain groups.” It is seen in anti-Semitic messages on playgrounds in New York, in the derision of Asian players in Minnesota, and in the homophobic slurring of a male cheerleader in California. Equally it is seen in the closing of public schools in less desirable areas and assumptions that some school populations have the option to find higher quality schooling on their doorstep.

While, as Culp acknowledges, it would be easy to suggest that the examples above are merely incidences of some individuals lacking respect for others, the truth is more worrying. Culp suggests that those marginalized have been “dehumanized in spaces assumed safe.” They have lost aspects of their identity and community and have been denied the freedom to act as an individual. They are excluded from the “in-group” and required to live in the “out-group” and in doing so it “makes it possible to act inhumanly towards them, allowing for harm to occur to them by others, contributing to moral disengagement and indifference.”

Culp holds that teachers have a responsibility to humanize others but how do young people learn about the importance of space? How do they learn about general and personal space? How do they learn that space is in production and that it means different things to different people? The well-manicured park and the filthy all-weather court may be the same size but different rules and expectation exist in both and, as such, allow for different forms of activity.

In concluding the paper, and in offering some hope, Culp talks about Thirdspace. Thirdspace is a place where everything has now converged: “subjectivity and objectivity, the abstract and concrete, the real and imagined, the noble and the unimaginable, the repetitive and the differential, structure and agency, mind and body, consciousness and the unconsciousness, the disciplined and transdisciplinary, everyday life and unending history.” The speed of the world and the connectivity of ideas mean that we need to find new ways of thinking and doing.

We need, according to Culp, to decentre ourselves and listen. In short, we need to give people space, we need to find the possibilities rather than the deficits and we need to go the hard way. We need to understand that space is not just measured in miles but in bytes, it is not just physical but also digital and both have something to tell us about the world. This ‘Thirdspace” allows us to rethink and contest our “definitions of territory and cultural identity to promote justice.” It allows us to “find better ways to work with one another” and to reconcile and recalibrate our moral compasses. In short, there is a chance to find ourselves again and see space as a place for all and not just some.