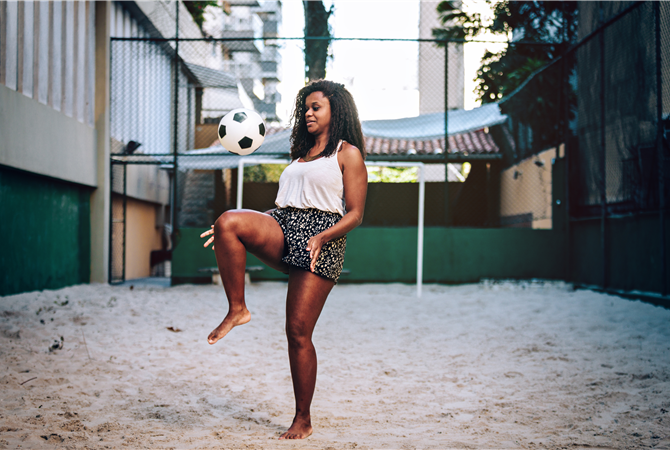 I started my teaching career teaching boys’ physical education. I would say that throughout my career I taught more than 95% boys only classes and about 2% girls only classes. This was just the way things went in my school. Initially, I only got to teach girls because I was the swimming teacher and then because we got a new head of physical education and the boys and girls departments were merged.

Siobhan wanted to change the curriculum and my work on games-making and sport education became something that we chose to offer collectively to the students. This was the first time most these students had worked with the boys or the girls in their class since arriving at secondary school (in some cases this meant for five years) and it was an eye-opener.

I’m going to pause there and offer a caveat. I don’t think, for one moment, that what we achieved in these lessons is anywhere near what the authors of this week’s paper achieved. Nor do I have any evidence, beyond the anecdotal, for what I am about to write. As such I present what follows as a personal example of student voice and pedagogical change.

The first thing I noticed was the difference in belief between the boys and the girls. Both wanted to engage in the unit of sport education and make their own games, but this wasn’t familiar territory for everyone. The boys had done this before (with me) but the girls had always been told what to do. They were emerging from a rigid curriculum and lacked a sense of their own ideas. In many ways this made them more malleable and I’m pretty sure that both the boys and I used this to manipulate them into agreeing with our ideas. I’m not condoning this – and nor can I even say with any surety that it actually happened – but I can imagine it happening. They [the girls] were so used to no choice that any choice was easily manipulated. But that doesn’t make it right.

In reading this week’s paper, and reflecting on my own endeavours, I am forced to reconsider my actions. I placed my perceptions of what my students needed over theirs. I took control and denied it to them. I decided what was fit for purpose and I didn’t listen to them as much as I could or should. While that seemed right at the time it feels wrong now. It also feels easy while the latter sounds hard. True choice comes with the risk of different outcomes. If people choose to do different things but we lack the power, the passion or the intent to make anything happen then it’s not really a choice. It’s a façade and that, to me, is almost worse than the lack of an alternative.

Luguetti and colleagues set out to support a group of refugee-background young women to change their experiences in, and understanding of, the sport programme to which they were affiliated. Using a strengths-based, activist approach they worked with thirteen young women to “reflect critically on barriers to participation, on assimilative and exclusionary discourses and practices, and to allow multiple forms of belonging to be enacted and performed.”

At the heart of the research was an ambition to empower those involved rather than lead in the process of change. This meant that while the researchers might have identified what they perceived as problems their voice was secondary to that of the participants. Instead, their remit was to support their co-investigators to envision and enact change rather than prompt and guide them to that change. In short, this was about others’ needs and aspirations and not their own.
To do this, Luguetti and colleagues set out to engage in “dialogue and problem posing” and focused on “a liberating pedagogy” which committed them to asking “critical questions of the world (questions of material realities experienced on a day-to-day basis), and critically reflect[ing] on what action they may take to change their material conditions.” In doing so, they sought to explore “the process of co-creating a sport programme with refugee-background young women and what we collectively learned throughout this process.”

Their findings explored issues of inequity in football that these young women experienced on a weekly basis. While these women spoke about the respect they felt for the history of the club and what it stood for, they also told of the challenges of playing alongside the boys. There were clearly gender inequalities at play. For example, while the girls were expected to give way to the boys when they played, the boys and their coaches expected to share the pitch when the girls played.

The girls were told that they didn’t know what they were doing because they were female and that women’s football would never be taken seriously. They also heard “derogatory, sexist terms that diminished their motivation to play.”
One of the core concerns to emerge from the first eight weeks of the research was the recognition that they “lacked female representation” at the club. There was little promotion of girls’ football and little education for their coaches and leaders about girls’ football.

This realisation led, at least to me, to the most significant aspects of this study. Luguetti wanted to organise a female leaders’ seminar or exhibition but the young women wanted to educate their coaches and leaders and this is what they agreed to do. The research “created spaces for naming, critiquing and negotiating barriers to their [the young women’s] engagement in sport.” What it didn’t do was impose ideas on the participants.

“Carla learned to share her power so that the young women were able to take ownership of the research. Carla shared her power over time; in the coaches’ workshop, she was there simply to support the young women. The young women learned that together they have power and the importance of speaking up. Unlike traditional research paradigms where the research represents ‘the expert’ who enters marginalised communities to collect data from, or to ‘help’ an oppressed group, this study aimed to co-create knowledge and stimulate action to negotiate and challenge social inequities through a democratic space.”

In acting in this way, the researchers recognised and celebrated the autonomy of these young women and helped them to develop in their own world. There was no imposition. No top-down change and this is something to be admired and respected. What’s more it is now an aspiration of mine. This is hard research but it’s potential is so much greater than “do as I do” interventions. By thinking about the process more that the destination these authors prepared these refugee-background young women to change their experiences in, and understanding of, the sport programme to which they were affiliated. What’s more it helped them [the young women] to determine what was fit for purpose and what was not. They became activists in their own world and are better prepared to impact their world going forwards. If that’s not education, then I don’t know what is.

The question I now have is “can I do that as well?”