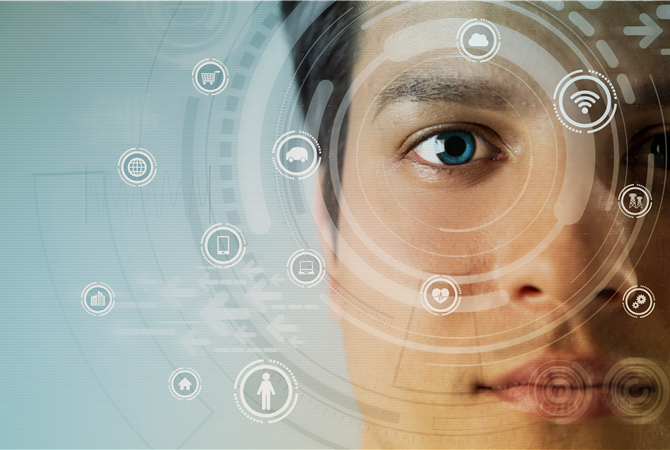 I also remember the day my Apple Watch got smashed and the exorbitant bill I would have had to pay to get it repaired. I remember thinking about the evasiveness of my Watch. Always being online. First to get your email and last to switch off at night and the incessant background ‘noise’ it provided. I chose not to get it repaired and truth be told I haven’t missed it. Like the ‘shiny things’ that attract the magpie once the lustre wore off, I wasn’t so bewitched.

I do though remember the vast significance I placed on 10,000 steps and can see myself walking laps of my house to get myself into five digits for the day. Those are not moments of pride for me now (sorry to anyone who might still value their steps – but each to their own) as I don’t care about my step count anymore. In fact, most of my exercise goes unrecorded – well unquantified beyond a note to self that my ‘gym’ session and yoga practice have been achieved for another day. If I’m honest I do track my walking on my phone (more than 1000 miles last year) but I don’t worry at the speed nor the distance as much I do the feeling.

My wife and I have a joke about the recording of activity on her Apple Watch. She is keen to complete her target every day and she gets mildly annoyed if she forgets to set up her watch for up her Pilates or Yoga sessions because they won’t then count towards her target. My response is they still count even if the watch doesn’t record them, but we just agree to disagree. One person’s trash is another person’s treasure (otherwise why would garage or car boot sales work).

What I’m trying to say, badly perhaps, is that recording your step count and exercise habits works for some but not for others. What is most important, however, is understanding why we do it and, in the case of this week’s paper, why we might encourage or discourage young people from doing the same. Having a watch that counts your steps is convenient and can be educational but surely the joy of movement and a broader understanding of health are more important. If we are going to use technology to educate then we need to more than watch and see. We need to ensure that we give young people the knowledge to use them discerningly. In short, we need to careful of the tools we use least they do more damage than good.

Goodyear, Kerner and Quennerstedt report on the findings from an eight-week study of Fitbit use by 100 young people aged between 13–14 years old. Starting from the position that the use of wearables was increasingly prevalent in modern society, and from an understanding that integration was increasing feasible in education settings, the authors questioned the idea that the use of technology in schools was beneficial.

Drawing on the work of Michael Foucault around surveillance, Goodyear and colleagues pondered the potential impact of wearable technology on young people’s perceptions of health. Arguing, as Foucault did, that the surveillance (through the availability of personal and class-wide data via the Fitbit app) might lead young people to modify their behaviour, the authors worried that a young person might feel the gaze of “them [classmates, teachers, wider expectations about what is healthy] on us [the young person].”

The findings suggested both the idea and the achievement of 10,000 steps was closely linked, at least in the minds of the young people, with being both healthly and not fat. Instead, Goodyear and colleagues held that “steps were the strongest message the young people related to fitness.” This was the benchmark of health and was normalized as a truth that came from other people. For some students this became the daily aim of their Fitbit wearing days. They would regularly check their steps, would walk around the house near to bedtime to meet this target and would be disappointed if they failed to achieve what some saw as the minimum standard of health.

The construction of health seemed to be closely related to not being fat. This was, perhaps, further exacerbated by the calorie counting built into the Fitbit app. Young people would equate steps with using calories which, in turn, would be related to health. In fact, steps and the use of calorie though steps, was much easier to monitor than calorie consumption because Fitbit would count the former for the young people while the latter had to be counted individually.

While calories and steps were a means to monitor oneself, friendly competition with classmates was another form of surveillance (both from self and other). On the one hand, wanting to win and compete with classmates spurred some of the young people to do more. One participant, for example “walk[ed] up and down the corridor because I couldn’t let someone else beat me.” For others, the competition wasn’t friendly and that served as a deterrent. Another deterrent was the unreliability of the Fitbit. For some it didn’t record all of their daily exercise (e.g., rowing) and for others it recorded steps that were never taken (because of a bumpy bus ride) or missed steps that were taken.

Given that the Fitbit was a new accessory, some young people found it “a bit boring” once they got over their initial excitement of having the device. As well as becoming just…a fancy watch” some students were only “comfortable monitoring behaviours that they understood i.e., their step count. Young people reported not getting the counting calories aspect of the Fitbit and so ignored it. Others simply “forgot and/or became disinterested in the device and/or the app.” For some young people not achieving 10,000 steps made them “feel bad about themselves” while other were made to feel “fat.”

The final take home from the paper was the lack of “educational value” seen by young people. Some questioned why they were using them in physical education and why counting steps and calories was suddenly so important. Young people didn’t see the relevance of counting steps in lesson and didn’t see the PE teacher as a valid authority on “these issues of health.” The teacher’s role was to “tell them just to be healthy, not how to do it.”

In concluding the paper (and the blog), it seems that there is a perceived connection, in the minds of the young people, between health, fitness and not being fat. Furthermore, the headline figure of 10,000 steps seems to be set in stone. This was the silver bullet aimed at being healthy, but it was also a rod for many rather than a carrot. Finally, using technology wasn’t, in its own right, seen as being educational. If we (you and I) are going to advocate for technology in physical education, then we still have a lot of thinking to do regarding pedagogy. In the case of technology, curriculum, teaching, learning and assessment must be aligned before we turn to the shiny things. We need to watch and see because only fools, as they say, rush in.