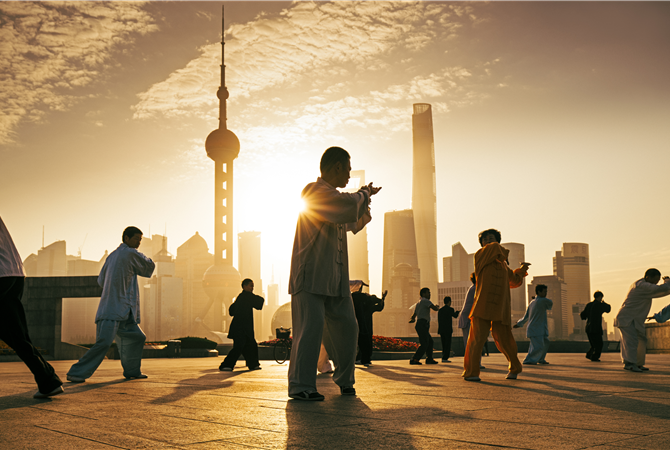 If there is one thing that I have learnt in the last two decades is that change takes time. Another thing I’ve learnt is that impatience does little – at least in the short term. We see examples of this every day and yet we seem surprised that the world seems to stay the same.

Take New Year’s resolutions as an example. We sit there as one year draws to a conclusion and as another waits to start, and we make decisions about our future. I’ve put on a few pounds and therefore, come the New Year, I’ll join the gym and watch what I eat, and I’ll soon shed the weight. Or I’ll give up chocolate for a year. Or alcohol? Or [fill in your own response].

The truth is most New Year’s resolutions are resolved (or dissolved) by February (or much sooner in most cases) and yet, year on year, we make them (or similar ones) again and again. The same comes with professional change [in our case, as practitioners, that’s pedagogical change.] We try new things. We tinker around the edges. We might even write a new scheme of work, but does anything actually change? Sometimes we experience difficulties and despite our perseverance and resilience we concede defeat “it’s just too much effort”, “the kids were too disruptive, and it was easier to impose some familiar standards and bring them back in line.” Our best intentions were good, but the plan doesn’t survive the tough realities of life in classrooms.

Alternatively, we see positive change occur in the first instance and we persevere. But over time or by force of habit or busyness we revert to form. This is one of the reasons that professional development programmes have less impact on our teaching than we’d like. Good ideas don’t thrive in the realities of schools (not without a lot of special care and attention). Vicky Goodyear termed this ‘the Wimbledon effect’ (i.e. tennis courts are filled to bursting point around the time of the grand slam tournament but with a few weeks later they are empty again). What she meant by this was that when the going was good, and the world was talking about tennis. it was easy to be playing tennis. However, the habit of playing tennis was not so easily caught or maintained. In our research Vicky and I have called this the honeymoon effect.

The key, as we are finding (and as this week’s paper suggests) is to work beyond the immediate good times and acknowledge that the idea was sound, that change is needed, but that it will take a lot of time. Change (if it’s meaningful and not just superficial) takes bucket loads of time, effort and commitment. Advice suggests that making a public statement helps you stick to your goals. Maybe write a blog and make a commitment at a conference. If it’s out there it might just survive. Prosper even. If it’s not, then it’s like the seed that fell on stony ground. Doomed. Even if the seed (or you) doesn’t know it yet.

Wright and Burton approached the issue of underserved youth (i.e. those young people who face “numerous threats to their physical and psychological well-being”) and their need for “a variety of life skills” to face and navigate the challenges they encounter on a daily basis. They did this by trying to engage young people in the martial art Tai-Chi through the pedagogical model Teaching Personal and Social Responsibility (TPSR). They felt that the combination of Tai-Chi and TPSR would help equip young people with the skills and demeanour they needed to thrive in some fairly adverse conditions.

That said, Wright and Burton took a novel approach to their work. Firstly, they implemented their TPSR programme in a school’s curriculum provision rather than in the out of school or camp settings where the model had been used before. Secondly, they deliberately chose a form of martial arts that was recognisable by its “slow, graceful movements practiced as form of gentle exercise and relaxation.” In contrast to other TPSR studies that used recognised sports (such as basketball) to create connections and empathy with the young people they chose something new and deliberately in keeping with the underlying philosophy of TPSR. They did this deliberately because they didn’t want to have to battle the accepted culture of the chosen sport (where trash talking and overt physicality were accepted behaviours). Instead, and as the paper shows, students had to overcome different obstacles. The first of which was newness.

The authors found that, given time, newness was a blessing and not a curse. It did, however, took time and considerable effort to begin to make the breakthroughs needed for Tai-Chi and TPSR to be accepted. It took time but the youth gained an awareness of their difficult circumstance as they began to understand the issues that they faced and the triggers for their poor behaviour and hostility. They began to see the obstacles that they faced and came to value the life skills they were gaining seeing “the potential for applying TPSR lessons to real life”. But not before they pushed (and pushed hard) against the changes they were experiencing.

The students were used to ‘tough love’ so to speak. To loud whistles and loud voices and TPSR and Tai-Chi were seen as weak and boring. The need to work hard and practice regularly was pushed aside because it was too much effort. This persisted until the latter stages of the programme where the students started to ‘buy in’ to what was happening, and they volunteered to lead aspects of the classes. Wright and Burton reported that this was helped because they used “authentic assessment strategies such as self- and peer-administered skills tests”. Furthermore, they used a “daily responsibility log to shift trust and responsibility to students.” By the end of the programme students valued it as part of their school curriculum and they had a positive attitude towards the student-centred activities and responsibilities.

Fundamentally TPSR “fostered a positive learning environment and influenced student behaviour”. It added structure to the learning of these youth but not without taking its toll during implementation. Students resisted the newness of the approach. It took creativity and a willingness to experiment on the behalf of the practitioners to ‘make’ it work and fundamentally this is the challenge. Change takes time, compromise and discomfort. It requires us to make mistakes, to fall down, to feel like novices again. It requires us to return to being beginning teachers but above all it requires a ‘spit and sawdust’ and ‘belt and braces’ approach to change, i.e. a dig deep and carry on attitude. So next time you think change is worth your effort then like a good Boy Scout “be prepared” for the energy it will take and keep the rewards front and centre because it might not be easy, but it will be worth it in the end.