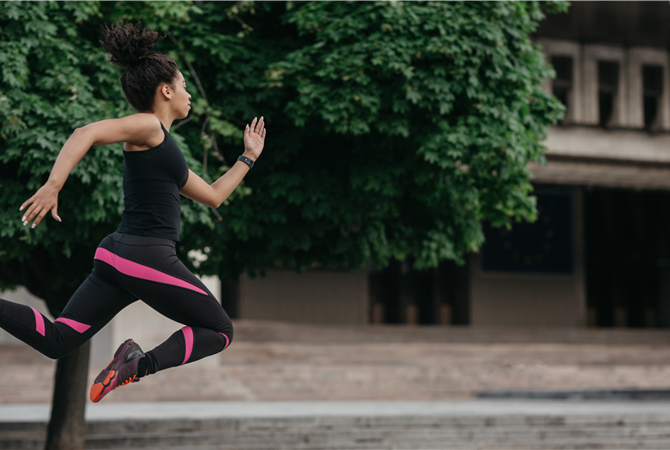 Why do you take part in sport be it football/soccer, swimming or running? Why do you push yourself to do it, to do it well, and to do it better? Fun is not always the answer because in pushing yourself to do better it often isn’t fun (at least not in the very moment of Citius - Altius – Fortius or Faster - Higher - Stronger). Why do you choose to watch your team or play for your team, or support your child’s team? It is more than the doing of the sport? Is it the living of the sport?

Why do you choose to follow the rules? To do what you’re told? To make things that little bit harder? Wouldn’t it be simpler in Golf to carry the ball with you and then pop it into the hole? Why do you choose to hit it with a metal club over 500 yards and then (in my case) zig zag across the countryside trying to find it and then hit it closer to the very small hole that you couldn’t see without the flag? Why do you wait for the four ball in front of you and then thank them when they wave your through? Equally, why do so many people care about the Rider cup, or the Davis cup, or the Grand Prix or the London Marathon or the world Ironman etc.

Why do you teach or coach (or both)? I have to remind myself sometimes why I do it and what my core philosophy is because I can get frustrated with other people who break the rules or forget themselves or when they react to a young performer’s mistake with anger. To me physical education is about learning. Learning the part that physical activity – with all its quirkiness and peculiarity – can have in their lives. I didn’t always think that way and while I think I had what I thought were good intentions, I’m not sure they are as defensible now as they were then. I am constantly challenging myself to answer the question “why #physed?” and I while think I have some answers, they are evolving so please read them as such.

#Physed should personify inclusion and development. It should reek of spontaneity and a love of movement. It should be supportive and challenging. Difficult and rewarding. It should challenge us as pedagogues and as learners ourselves – both our practices and our imaginations. When done well #physed is a wonderful experience for everyone but when done poorly or half-heartedly it is demoralising and disheartening. Why #physed? Because it has the potential to change lives for the better, but it also has the potential to change them for the worse. The term “I’m doing this despite my #physed teacher” fills me with horror and reminds me that we have a lot of mistakes to correct. With great power comes great responsibility. How are you using it?

This paper, originally presented to a conference in Brisbane (Australia) in 1982, articulates many of Siedentop’s frustrations and hopes for the future of physical education. Fundamentally, Siedentop asked why a global phenomenon i.e. sport, could be so loved by generations across the world and yet be represented and positioned so poorly in schools and in physical education. He did not represent this as an individual nor a subject issue but as a societal issue. He felt that “physical education has become conceptualised as an instructional programme in which activity is often divorced from its natural form of expression in sport and in which the ludic (defined by Google as “showing spontaneous and undirected playfulness”) characteristics of higher forms of play are often missing.” In other words that physical education was increasingly constructed as being about giving and receiving training but not about enjoyment.

Siedentop based these comments on two assumptions. Firstly, he felt that when sport was properly conceptualised and constructed it derived is essence and meaning from play. Secondly, Siedentop felt that presence of “higher forms of ludic activity” (i.e. complex games with histories of their own that were pursued by all people) were the sign of a more mature society. In short, he felt that sports (and in his case sport education) “represents an evolution of culture, one which will contribute to the culture’s growth and survival.” To put it more simply he felt that the presence and pursuit of sport was a sign of civilisation.

The core of Siedentop’s argument was that if sport was an institutionalised representation of spontaneity and playfulness and if it was valued as much as other ludic forms such as art and dance then it is appropriate (and desirable) for more people to get involved. However, he also argued that this hasn’t happened under the current watch.

Nevertheless to do this i.e. to be a more active and playful society, people (young and old) needed to be socialised into not only the programme of physical education (i.e. “the skills, strategies and requirements for successful participation) but also the sport itself (i.e. what it means to be a player). To do this individuals and societies needed a better understanding of the characteristics of higher order sports “namely, practice, the ability to defer gratification, a taste for imposed difficulty, subordination to rules, increasingly complex strategy, the observance of ritual, and an appreciation for the traditions of the sport.” In other words, sport is not only about actions but also about reactions. Couple these with competition, rivalry, adversity and affiliation and sport becomes both more complex and more rewarding and yet these are not ‘things’ that come easily and they take time to learn.

Siedentop likened the ‘vocabulary’ needed to play sports to the vocabulary needed to read one of the classics. He argued that the fastest way to put a child off reading was to give them a book that was beyond their capacity to either read or understand or both. He suggested that “imposing complex parent games of children is akin to asking a child to read a novel with a complex plot.” Both are pedagogically unsound, and both have the potential to ‘switch’ the child off and quicken a move to illiteracy.

In contrast we must, Siedentop argued, stop accepting what he called “low criterion” for physical education and instead look at how we prepare teachers and students for a ludic life. This means that instead of receiving “a smorgasbord of theory, principles and techniques” students should be socialised into the wider world of sport and all that it means. They should become “sports literate” and develop in more ways than just as players.

Sport has enormous popularity in society and yet its “educational aspects” are not valued in a way that is befitting of their wider appeal. Siedentop’s argument could be extended to other ludic activities and the same questions would persist. The question is, perhaps, what can we as individuals do about it? How can we change what happens in our classrooms to ensure that we are part of societies that put the ludic back into physical education?