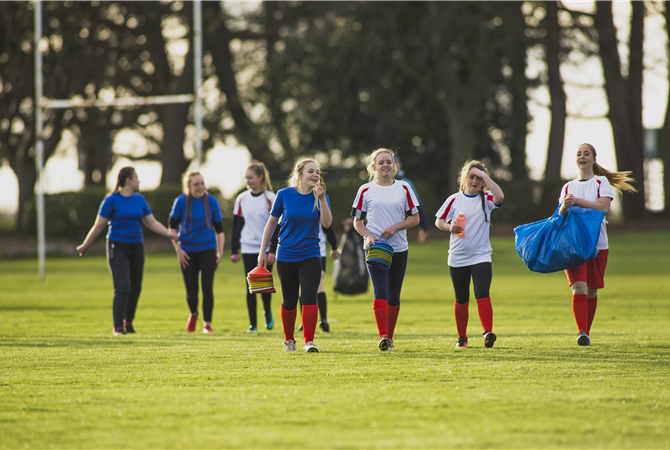 When my son was 8 or 9 years old there was one club in his local rugby network that no other team wanted to play. Not because of the quality of the players but the attitude of the coach. He is a winner first and loser last and he didn’t suffer losers or losing. He ran the smallest squad in the area and the players and parents who stuck with him seemed to respect his approach. Sure, he gets results but at what cost?

Now, we’re not talking about older player but youngsters. He’d been running youth teams for years – cup winning teams – and yet he’s had this ‘successful’ team since they were Under 7s (six year olds). I witnessed him give them a dressing down on the pitch after they deemed to lose a game against us (aged 6 or 7). Other clubs and their coaches and players were aware of this coach and his antics and I wonder how many players stuck with him to the end of junior rugby? I suspect that some stayed because they got used to winning and came to like it. I suspect other joined because the team would win more games that it lost. That said I believe that many players left the game because of him and his fellow coaches who adopted similar approaches and methods.

We (my son's club) had a squad twice or three times the size of his/theirs, but our aim was different. We aimed to ensure that the players enjoyed themselves in the full sense of the game of rugby. As a coaching team we put enjoyment and long-term engagement ahead of results. We wanted the players to enjoy the game and develop a love of playing rugby.

These differences of opinion and approach highlight the many ideas that encompass the work of the Sport Education model and the ideas of Daryl Siedentop. Youth sport and physical education is not about professionalism (at least not from the players) but about a love of the game (whichever game that is) and a desire to move and have fun. Winning is fun but winning at all costs is not everything, and not is certainly not everything that makes up a sport. There are so many layers that exist around, on-top and underneath winning to make it a small part of the overall experience. Personally, I’d prefer twenty young people I’m working with to end up playing rugby (or taking part in any other sport or physical activity) as adults rather than see one person playing professionally. And that, I suspect, was Siedentop’s desire too.

Siedentop presents Sport Education as “quality PE through positive sport experience.” He argues that while sport skills and games have been taught in schools for the better part of a century, the Sport Education Model is not “business as usual.” Business as usual would be defined as decontextualized skills and techniques while Sport Education is a coordinated and managed introduction to the ‘sport experience’ in which children and young people learn individual responsibility and effective group membership skills.

Outside of educating students to be players in the fullest sense Siedentop argues that the goals of Sport Education are threefold: the development of competent, literate and enthusiastic sportspeople. In developing this idea he suggest that:

A competent sportsperson has the skills needed to participate,

A literate sportsperson understands the “rules, rituals, and traditions of sports and distinguishes between good and bad sports practices”, and

An enthusiastic sportsperson participates and behaves in a way that preserves, protects and enhances the sport culture.

In other words, Sport Education supports a notion of sport involvement at all levels that is designed for the benefit of participants.

Sport Education grew out of Siedentop’s dissatisfaction with “seeing sport taught incompletely and inadequately in many physical education classes.” At the heart of this was his experience of seeing, for example, the serve, forearm pass, and set (in volleyball) being taught in isolation before the rules and then the game itself were introduced. More than this though, the links between the skills, the rules and the game were often assumed, and the players were left with little tangible understanding of the game.

To address this Siedentop created Sport Education and defined six primary features that characterized institutional sport and which should, he believed, be present in physical education: seasons, affiliation, formal competition, keeping records, festivity, and a culminating event.

Sport, Siedentop argues, is done in seasons and the seasons are long enough to allow for significant experience. They encompass both practice and competition and often end in a culminating event. The significant experiences of sport meant that players become members of clubs and teams throughout the season and they feel affiliation to this team. Furthermore, they enjoy the formal competition, often scheduled ahead of the start of the season, which define their sport seasons and they also enjoy the festivity that comes with bigger events such as tournaments and cup matches. Finally, they have records kept on their performance: records in the form of batting averages, unforced errors, times, distances and the like.

These facets of sport are keys to understanding Sport Education and it is the effort, quite simply, to try and incorporate these six features into physical education that allows teachers to find ways to make the sports experiences of young people better. In doing so teachers, Siedentop felt, find ways of making physical education “more complete, authentic, developmentally appropriate, and educational sound.”

Yet to do this, teachers need to lengthen their units of work (20 lessons long in some examples) so that they can fit everything ‘in’. In longer units sports can be taught more completely and students have time to learn how to become competent, literature and enthusiastic sport players. Furthermore, they can develop their affiliations and enjoy being part of an enduring team. This means that they can develop rivalries and enjoy festivity and pursue a level of competence that allows them to be more engaged in meaningful competition and adopt roles (diverse roles) other than that of performer.

Next time you watch a major event look at the number of people that aren’t just performing but are part of the culture of the game. Then stop and try and image the event without them. Sport is not just about being on the winning team or scoring the winning goal and yet we seem to value performance above other aspects of sport and physical education. Is that right and educationally sound? Should we take Siedentop's argue, seriously? Should we use Sport Education? Or something similar?