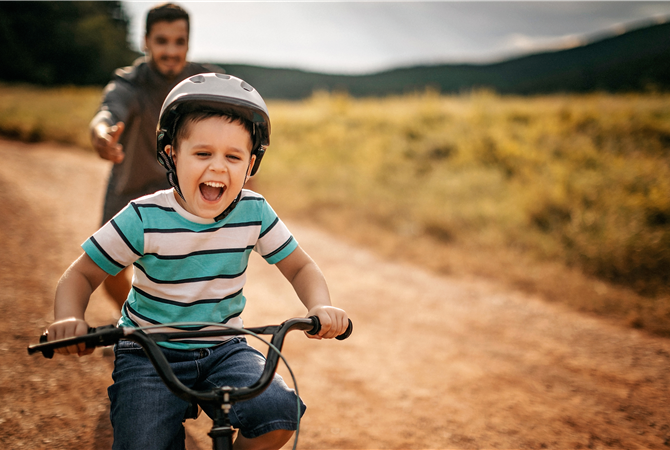 As I wrote last week, one of the things that baffles me is the dependence we have on tradition and on always doing things the way we’ve always done them because they’ve ‘worked in the past’ and because we assume that they will ‘work now’. Indeed the ‘status quo’ is infrequently broken and the worth of traditional ways of doing things are often emphasised when new ideas or practices surface.  For example, we have a wealth of knowledge about how children learn and yet, it seems to me, we don’t always (in some case often or never) apply this understanding to teaching. We are drawn back to what we are comfortable with and what is familiar and don’t always take the next step ourselves.

While I have frequently written about the ways I changed my teaching practices in physical education and in higher education, and I have challenged other physical education teachers to ‘try new ideas’, I am still guilty of following the yellow brick road of tradition. Indeed, in my coaching of youth sport, despite knowing different approaches that can be used to enhance students’ learning, I only readily apply them to my parts of the session and haven’t sought to engrain them in our team’s approach. Truth be told I haven’t really shared them with the other coaches or parents in our team or at the club, although I know that some of them would certainly be open to new ideas and practices. I suppose I am guilty of wanting not to rock the boat and haven’t, as yet, been prepared to run some sessions at the club explaining different ways of coaching. I do my ‘bit’ but haven’t tried to really get my fellow coaches or the other parents to buy into these new ideas.

It’s hard and it takes time to develop the use of new approaches but I feel I’m at a point now where I can see that I’m stuck between my ideas and the club/sport’s traditions and aware that I need to challenge others and myself to create new ways of learning for the young people at the club. I have planned to offer to run something for the coaches and see what the take up is. It just requires a push on my behalf and I’d say the same to you. Push back against tradition and find different ways of teaching and/or coaching. Challenge yourself and the rewards will be great. Hard gained but great.

At the heart of my reading of this paper is Holt and colleagues’ belief that the original ideas central to the TGfU model, i.e. the central positioning of the learner within the game and the stated importance of tactical understanding over technical performance, are now fairly well known. However, the authors do argue that the four fundamental principles, i.e. sampling, modification-representation, modification-exaggeration, and tactical complexity, which were originally presented alongside the model, are much less well known. As a consequence, teachers and researchers alike have focused on comparing the ‘so called’ ability of technical and/or tactical approaches to teaching games to develop students’ skills in games and have neglected to look at the broader picture; engagement. Holt and colleagues argue that had we looked at the ability of these approaches to inspire and engage children and young people in games then we might have a different understanding of the merits of the different approaches to teaching games.

The focus of Holt and colleagues’ paper was to rework the original TGfU model and interlock the better known sequence of game, game appreciation, tactical awareness, decision-making, skill execution, and performance with the four fundamental principles. That is not to say that the paper doesn’t do more than this, but it is beyond the scope of this blog to explore beyond the expanded model. Therefore, and with this in mind, the next four paragraphs will explore the interplay of curriculum model (TGfU) and pedagogical principles (the four principles) that Holt and colleagues discussed.

Sampling begins with the game (the starting point, alongside the learner, of the TGfU approach) and is “based on the premise that games should be selected so a variety of experiences can be offered, and possibilities exist to show similarities between apparently dissimilar games, all leading to a much better understanding of games in general.” In other words, different games can be used to highlight to the learner the interrelated strategies that exist within different games. By making connections between games and by avoiding the sameness of activity that comes from a sole (and early) focus on one game we give students a broader understanding of the options that are available to them in a given situation.

Modification is broken down into two categories that, while related, have a different focus. Modification-representation involves the depiction of the game without the complexity associate with the adult form of the game. In this way mini-games might be designed to contain the same tactical structures as the full game but these mini-games should have inbuilt adaptations to suit the child’s size, ability and age. For example, when playing basketball children should still begin to understand when to defend one-on-one and when to use a zone. In this way they “are exposed to situations in which they can reasonably expected to develop tactical awareness, and to practice skills.”

Modification-exaggeration allows the teacher or coach to use secondary rules that exaggerate certain elements or tactical problems in the game. This is frequently represented in net and wall games with a long narrow court as it overstates the space at the front and back of the court. Alternatively, in a striking and fielding game it could emphasise a specific shot or a specific area on the field through which to score.

The final principle is tactical complexity. Holt et al. suggest that target games are generally less complex than (in order) net/wall, fielding, and team invasion games and these principles can be applied to most games. For example, if you reduce the number of decisions that can be made in a given situation then you reduce the tactical complexity. Different levels of defence allow players more thinking time while increased space affords more space to move.

Fundamentally, as the authors suggest, this expanded models “integrates awareness of the learner and pedagogical principles at various appropriate stages.” The use of the four pedagogical principles explored above allows us, as teachers and coaches, to position the learner within the game and provide developmentally appropriate opportunities for them to develop. In this way the game, their appreciation of it, their tactical awareness, decision making, skill execution and finally performance are developed in turn while all the while focusing on the whole child. So, when you next start to work out the learning for your students try to ask yourself a couple of questions:

1)   Does this focus on the whole child?

2)   Does this appropriately build on their prior understanding?

If the answers are yes, then “good on you”. If they’re no or maybe, then think about what principle you might use to make it right.