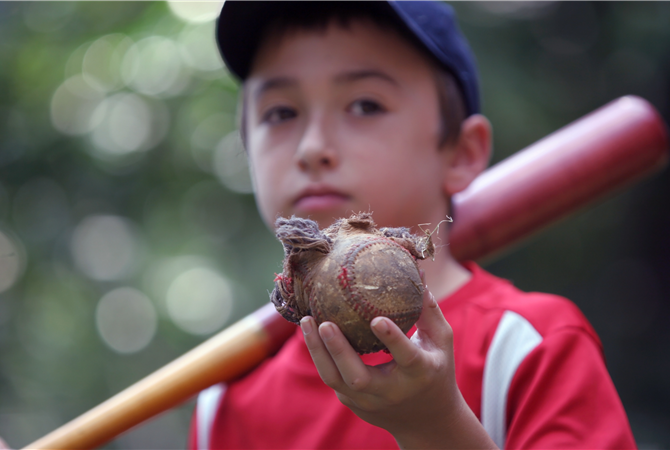 Are we caught like rabbits in the headlights of indecision? In other words, do we already know that we should change in our extra-curricular provision to serve the needs of all pupils but feel the pull towards the aspects of physical education that attracted us to the subject in the first place? In other words, shouldn’t we at least begin to question the full value of any interscholastic programme that favours the few over the many?

Why does anyone do it?

There are many arguments for why people start as young people. Everyone else is doing it. I’ll be cool. They made me. My parents smoke. I would be the exception if I didn’t smoke.

I understand this and from a personal perspective.

The question is why don’t people stop?

I don’t believe that ignorance is a reason.

It says on the pack that smoking kills (in the UK at least). The messages about the danger appear to be everywhere. Schools are well set to inform their students. There are messages on the television about lung disease that contain hard hitting images of cancer growing on the side of a cigarette. And yet people smoke (and now vape but let’s not get into that discussion right now).

It is an addiction. I get that. And, as such, giving up is an incredibly difficult thing to do. There is a reason that there’s a saying that suggests that you are never a non-smoker only a former smoker once you have given up.

To me, and purely for the purposes of this week’s blog, it is the decision to try and stop that is the significant one. This might start with a feeling that something is not right. What Foucault called ‘cognitive dissonance’ (what the dictionary.com defines as a lack of agreement or consistency). It is the state where an individual holds two or more conflicting ideas or notions. For example, I like to smoke but smoking is bad for me.

I guess you’re wondering how this relates to physical education and this week’s paper.

I wondered, in writing this blog, if we needed to acknowledge and even amplify the feelings of dissonance that we feel in our subject around the place of elite sport in schools. When asked to articulate their personal aim for physical education many teachers suggest it’s to encourage lifelong participation in physical activity for all their students (idea 1). Yet when we look at the dominant form of physical education in schools it focuses on interscholastic or interschool sport (idea 2).

In other words, as a subject field, have we been guilty of talking the talk while walking a different walk? Are we simply not making the decision to change or, if we are, are we meeting with too much resistance and therefore giving up?

But what to do? Do we continue to try and change or do we, instead, simply silence and ignore the feelings of dissonance that we experience? Personally, I think I probably did the latter. At least at the start

So how do we make the change?

As Luke Watson said “the attitude, ‘if it ain’t broke, don’t fix it’ is the enemy of disruptive thinking.” But how do we disrupt the status quo and challenge ourselves to change the daily realities of our subject?

We start with our programmes. Ask yourself – “do we have every pupil in mind when we plan our extra-curricular provision?” If the answer is yes, then please share your ideas here. If the answer is no then how might you allow the voice of dissonance to change what you do to help everyone become a lifelong participant in physical activity?

Bocarro and colleagues open their paper by lending their voice to the cacophony that argues “sedentary living and obesity across all age, social, ethnic, and economic categories has reached epidemic proportions.” While they referred specifically to the United States this does seem to be a message that is increasingly voiced around the world. Such is the cost of sedentary living in the US that the then President’s Council on Physical Fitness and Sports have coined the phrase “sedentary death syndrome (SeDS)” to describe the impact of inactivity.

Yet the conundrum remains. How to reverse the inactivity trend?

Bocarro and colleagues identify, and not for the first time, that, with the rapid rise in obesity in children and young people, schools are “the only institutions that have structured and continuous contact with nearly all children.” However, despite the continuous contact element the focus of that contact is in other places. The authors suggest that education (and by default schools) has “overemphasized academics” and have reduced physical education and recess time so that they can focus on standardized testing.

That said the authors are also mindful that school sport has focused on interscholastic (inter school) sports and not intramural (intra school) sports. The current (or dominant) focus encourages a few while a shift in focus “may be an effective way to promote physical activity among a greater number of children”. They spend the rest of the paper making a case for such a shift in focus.

One of the reasons there has been an increase in sedentary behaviours is that there are simply fewer opportunities or options for students who are not ‘advanced athletes’ to participate in youth sport. Another reason is geographical distance that students are living from their schools. With new schools being built in out of town locations students have seen an increase in their commuting time. When this is combined with “overemphasized academics” (which manifests itself as more homework) then children and young people simple feel they have less time for extracurricular sport.

While there is a “lack of prestige associated with intramurals” when children’s motivation for participating in sport is considered i.e. to have fun, stay in shape, to learn and improve skills, and to play in part of a team, the potential becomes more evident. Yet for this shift to happen things need to change. There needs to be environmental support and a willingness to provide a variety of activities but, Bocarro and colleagues argue, such programmes have “the potential to impact a much larger percentage of the student population”.

The different values of participation are not questioned in this paper, but real concerns are raised about the current provision in Schools (I use a capital S to represent Schools generally and not individual schools). If “the ultimate purpose of physical education and its supplemental activities like intramural and extracurricular sports is the promotion of ongoing active lifestyles and lifelong participation in sport and physical activity” then surely there is a strong case for a wholesale change in focus?

It is not as simple as changing a school’s or Schools provision and Bocarro and colleagues are quick to point out the impact that individual, social, organisational, community, and policy factors can all have on sedentary and/or activity behaviours. That said, Schools have a part to play in making changes and surely it is time to at least question the full value of an interscholastic programme that favours the few over the many?