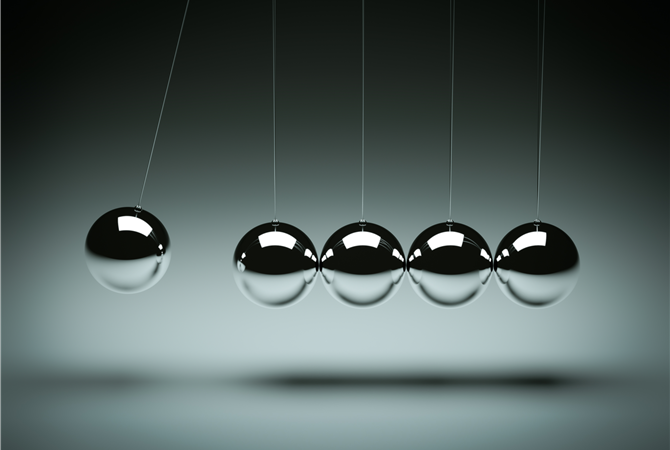 The nervous student waits for the feedback to come. He has taught what he feels is a good lesson. The warmup was sound, the kids were well behaved and were on task, they made progress in their techniques and the game went well at the end. Surely everything will be fine. That said the judgement is yet to be made on whether he is right to think this or not. Before him, sat in a semi-circle, are a number of serious faces. Jack is there and trying to reassure him with a few quick smiles and the odd nod of the head. Jack is his cooperating teacher and the guy he borrowed much of the lesson from – surely, he will be supportive? Next to him is Louise, the head of initial teacher training in the school. He doesn’t know her very well, but she has always been supportive and Jack says she’s ‘kinda OK’. The final face is that of Chris, his university mentor, who is here for the first of his two visits. Chris is a researcher first and a mentor second and the student knows that he will have his work cut out to make Chris happy. That said surely the peer teaching stuff he put into the middle of the lesson will be enough to satisfy some of Chris’s research informed teaching requirements. Smiling Jack opens the questioning… “So Danny, how do you think it went…?”

If you’ve ever been observed in a lesson, then this scenario will be familiar to you. What makes it familiar is the commonality of this experience across institutions and countries and yet it is also more than that. The commonality also comes in the responses we would, in all probability, expect from Danny. The warmup went well and was relevant to the tasks that followed. The drills that were used help the children to understand the skill and the use of peer-teaching allowed for more pairs of eyes on what was happening, and there was clear evidence of learning in terms of the skills that were transferred from practice to game. We expect to see and hear these responses and are very aware of the type of language that might be used in such a situation. Why? Because the dominant discourse in physical education is based on a technocratic rationality and teachers of physical education are seen as technocrats.

I was until I found out that a technocracy is “a government or social system controlled by technicians, especially scientists and technical experts” (The Free Dictionary) and a technocrat is “a technical expert, especially one in a managerial or administrative position” (The Free Dictionary). So physical education, indeed education more generally and wider society on the whole, is seen as being dominated by technicians. We value people based on their ability to know the answers and get things right. You want a plumber to come to your house, do a systematic check and find the root cause of the problem. The same can be said of your expectations of a mechanic with your car or a doctor with your health. You go for a check-up and you expect certain things to happen.

When we talk about pedagogy we do so from a scientific perspective. Pedagogy is the “science of teaching” and yet this makes it technocratic. By making it a science it becomes ‘right’ or ‘wrong’ and is testable just in the same way as Danny’s lesson is testable. But what happens if Jack, Louise and Chris were looking for different things? Whose knowledge would be more valued? Tinning argues in this week’s paper that Danny can believe what he wants but his opinion is less valued than any of the others and that the one voice that is absent from the situation is that of the students. But what would happen if other issues were given priority?

“Good so far” thought Danny, “two down and both support my assessment…one to go”. Turning to last speaker Danny smiles and waits for a full endorsement of his lesson but what follows confuses and worries him.

Hi Danny, while I agree with both of my colleagues that the technical aspects of the lesson were good, I want to talk to you about the ways in which you treated the different groups in the lesson. Is that OK? I thought that you focused a lot of your time on the least able in the group but felt that you used benign encouragement with them when in fact you needed to offer advice. You used the word good too frequently and needed to follow this up with some more concrete advice. Also, the way you treated the boys was different to the way you treated girls and the same could be said about the able and least able. In fact, I felt that you privileged the able boys over everyone else. They were given opportunities that none of the other students were. That was particularly evident with Jacob. Do you feel that because he was black, and you were playing basketball that his ability was superior to everyone else? You did at one stage turn to one of the students and appear to remind them “white men can’t jump”.

This might not be a situation that anyone recognises but it shows that the same lesson could be viewed in multiple ways. I have deliberately left out the identity of the speaker because anyone could have taken a different lens to Danny’s lesson. In some respects, Danny could have said these things himself had he been asked to reflect on the lesson through a different pedagogical lens.

As someone who undertakes such observations I wonder how it would be received if I looked from a critical or postmodern perspective rather than the technocratic one? What would happen if we all did? Would we position equality and social change differently? I think we would but are we positioned to make such a shift in the way in which we talk about and think about practice in physical education.

Tinning argues that pedagogy has been defined as a problem in physical education (specifically teacher education) and presents three of the ‘solutions’ that have been offered up to the field. The core argument that he makes is presented through the idea that pedagogy can be read as text. In other words, when we see a lesson or read a curriculum document there are different ways of seeing and interpreting what is happening (or might happen) as a consequence of our ‘reading’. In this way Tinning presents not an analysis of teaching and teacher education as it is practiced but, instead, as it is “conceived, thought about and theorized.”

What Tinning is suggesting is that the ways we think about physical education are grounded, based and established on the ideas that frame our thinking. Consequently, if I believe that students should be physical active in every lesson then I will read any pedagogical practices through that lens (or discourse). Yet different people see pedagogy in different ways. It means different things to different people and yet, Tinning would say, we don’t acknowledge those differences before we start talking. Indeed, Tinning indicates that “what is said and what remains unsaid and by whom” are all critical parts of any discussion about pedagogy.

If someone believes that a performance pedagogy is ‘best’ then that is the filter through which any pedagogical situation will be read as text. Likewise, anyone who supports critical pedagogies or post-modern pedagogies would have a different reading of the same text.

Tinning suggests that these three ways of considering pedagogy would ask different questions when it came to the training of teachers. Performance pedagogues might ask “how can we train student teachers to become more efficient teachers?” while other critical or postmodern pedagogues might ask “ how can we produce teachers who see their role as more than that of a technician and who have a critical social perspective and will work to build a just society?”

Tinning is firm in positioning himself as a critical pedagogue who believes that “what stands for physical education in our schools is miseducative and makes little contribution to a better social world.” I find myself increasingly moving towards this position. When asked to observe teaching or teach myself I increasingly question the value of the perfect set shot or throw and instead question why children need to and must be better at these things. Like Tinning I believe that we need to educate educators to consider their roles as informing physical education and not merely reproducing it.

What are the problems in physical education? Not the ones, as Tinning suggests, that have been socially edited for our consumption i.e. obesity and international sporting success, but those which are equally important such as a class, gender, sexuality and race. Tinning, drawing on the work of others, implies that some problems are eliminated from consideration (such as sexism) while others are foregrounded (such as obesity) because they fit wider political and social needs. The same can be said of pedagogies.

Performance pedagogies have been positioned as the key mechanism through which to solve the problems that have been framed by social editing. By focusing on the problem of how to teach and offering fixed solutions then teacher education becomes simpler. Do this or that and children will learn. In this way lesson observation focus on control, management, time efficiency, clarity of instruction, and objectives (the talk of the technocrat) and not learning. Indeed, Tinning argues that:

Time spent by student teachers in schools are often a form of modelling that reproduces existing inadequacies in teaching and provides students with little capacity to analyse teaching.

Consequently, and in concluding, Tinning argues that currently we value efficiency and technical competence but do not address or even consider issues relating to the social world experienced within the lesson. Outside of the doing of skills and actions what are the elements that we value in physical education? If someone observed you teach and asked you about the interactions between students and positions of power within your classroom how would you feel? Are these types of conversation even relevant? Is it your responsibility as a teacher to deal with these issues? The answer to those questions will give you a clearer insight into the type of pedagogy you might most closely associate with.