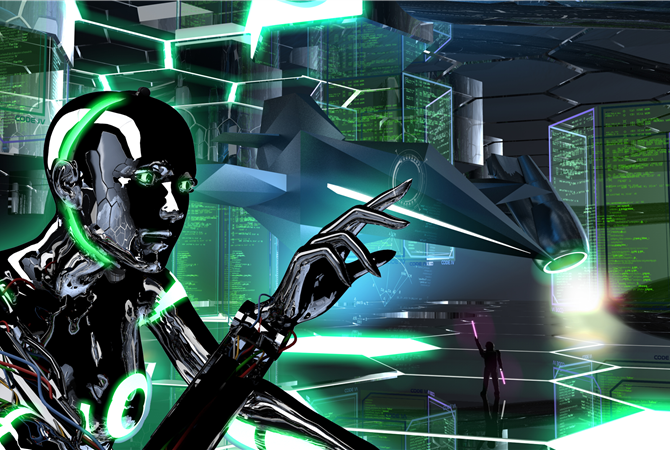 Thomas, who pops, double taps, aerials and trades like no one else.

The words above are part of a longer dedication to my family in one of the books I’ve written. It refers to my son Thomas’s obsession with computer games in general and (at the time) ‘Rocket League’ specifically. For those who don’t know about Rocket League it’s a 2v2 football game played by driving rocket powered cars around a giant football pitch sized cage. You can hit the ball with any part of the car and booster slots dot the pitch to fuel your ‘rocket.’

He used to play it endlessly and even got me into playing. Truth be told, I had to ration myself because it was such fun, and I was worried about losing too many hours to the game. That said, because we played together on his X-Box I watched him develop as a player and he taught be to play, to jump, and do basic aerials (i.e., jumping, firing the rocket at the back of the car and hitting the ball with the nose or roof of my car – basically a header). As my game time plateaued and his increased his skills dwarfed mine but we could still play in the same game (although, in his words, he often carried me).

Truth be told, he did things with his car (which was modified with nice tires, flash paint, and even a hat) that I couldn’t imagine. He was good but compared to the best players he was a mile behind. But that didn’t matter to him. The next trick was the next challenge. The next game the chance to try that trick. He used to capture videos of his goals and replay them to me. Not the most exciting time I’ve ever spent but he loved it. He used to make small video montages of his best shots and play them to me – with a backing track as well.

Don’t get me wrong. He really enjoys physical education at school. He is active out of school, but he’s never talked quite so animatedly about his PE lessons. I wonder what had happened if his teachers adopted a game design approach. If they challenge the rules of the games he played at school and tried to engage with his inner gamer? I instigated a student-designed games unit as a teacher and the students loved it. Some of the most exciting aspect of some kids PE at school (or so they told me). Not all, and we need to think about those, but for many it ticked so many boxes. Boxes that had never been ticked before.

At the heart of Pill’s paper, in addition to his understanding of Game-Centred Approaches to teaching physical education, were three different design elements: Play Feeds the Learning Process, Encourage Player Immersion, Encourage Player Achievement. Whilst Pill drew on the work of a number of others in proposing the game design process for physical education, I seek to summarise the paper in what follows and won’t split his ideas from the work of others. I hope you (and they) can forgive this. That said, and as with all papers considered in this blog, I recommend you read the original piece if you seek to better understand the wider thinking that went into Pill’s proposal.

Play Feeds the Learning Process – Players of video games rarely practice isolated skills. While some games (like rocket league mentioned above) provide a practice arena, most rely on game time to ‘teach’ players the game. The double tap and popping that Thomas learnt above happen in game. He watched people’s cars flying over his head and wanted to do the same. He started playing at bronze level and played against others who were also starting out. The game, as Pill, suggests “grounds players as they know where they are, the problem they are facing, what they are doing and why. The levels constrain the situation the player faces and the range of choices the player can make.” As Thomas progressed, he needed to develop new strategies and master new skills (a jump, a booster, a steer upwards and then a double tap) before he could ‘air dribble’ the ball over his opponent’s head. Structured progress, in this way, is based on the notion that a good game “should be easy to learn but hard to master.”

Encourage Player Immersion – Players keep playing games because of challenge and curiosity. Challenge comes through increasing layers of complexity while curiosity is sparked by wanting to know what’s around the next corner and through that door or asking what skills are needed to play at the gold, platinum or mystic levels. Players of video games know that nothing happens unless they make it happen. If they don’t play, they won’t find answers to their questions, but nor will the game move on without them. The gift of play, or non-play, is in their hands and as such players make things happen. Additionally, no two players ever play the same game. Start-up options are available to all – you can have this car, and this special skill – but all players should be able to succeed. Without success – or the possibility of success – a player’s experience is dampened until, at some point, they stop playing. In physical education pupils often learn they can’t do something – especially when playing a developmentally inappropriate (i.e., the adult) form of the game. Game designers are seeking the level of “optimal challenge” where “a child’s perception of the challenge of the activity should be equal to the perception of their skill level or ability.”

Encourage Player Achievement – The fear of failing is reduced or eradicated when the only consequence is a ‘do over.’ Why were games like Candy Crush or Flappy Bird so popular? Because you got/get more and more goes - as many as you like in fact. And you get a score, a high score and a level. People play one more game to try and beat their highest score or get a new level. These badges of achievement show your progress. Failure is simply a form of feedback. Players quickly learn “where they are at” and keep playing until they succeed. They then move on to the next challenge. By providing players with a “quantifiable outcome” and either a “victory condition” or a “mastery condition” players can see where they are going. Even when players finish a video game, they are often given an overall score - “You 58% completed this game” – and some seek to play again (to up their percentage) or go on to play the next game in the sequence.

Reading this paper, I see many ways in which this could work in physical education. But I can also see the challenges of making such an approach work. So where would I start? I’d start small. I’d treat it like a game design challenge. What do I want? What’s my ‘one thing?’ I want players to pass and move in an invasion game without losing possession and then, ultimately, I want them to score. So how do I do this? I want them to succeed but not easily. OK, so I put them on a team of three and create a pitch that’s long and thin. I put a goal at the end and place a static defender and goalkeeper in the way. And I ask them to play. They lose possession if they get tagged while on the ball nor miss a pass. So they play and one group quickly score so they move to the next level. Now the defence can move, and the attackers can only hold the ball for three seconds. Or one of the defenders has a superpower (e.g., the ability to make the opposition start again). But what about the defender and the goalkeeper. They lost. So, we talk about their approach and how they could have won. After all, gaining possession is the opposite of keeping possession and we want our defence to be good as well.

The keys to immersion and motivation in game design in physical education, as Pill points out, are: (1) Players have choices about what they can do in the game. There is no right way. We don’t prescribe the shot that must be taken or the type of run that must be made; (2) The game should optimise personal challenge and it should require players to work on the edge of their competence; and (3) Players are connected to the game because of their ability to customize the game(s). To me, this takes more time before and after the lesson and less time in the lesson. I need to put up and then shut up (to a degree). I need to set the scene and then see what happens. That takes time and courage and I invite you to take both.