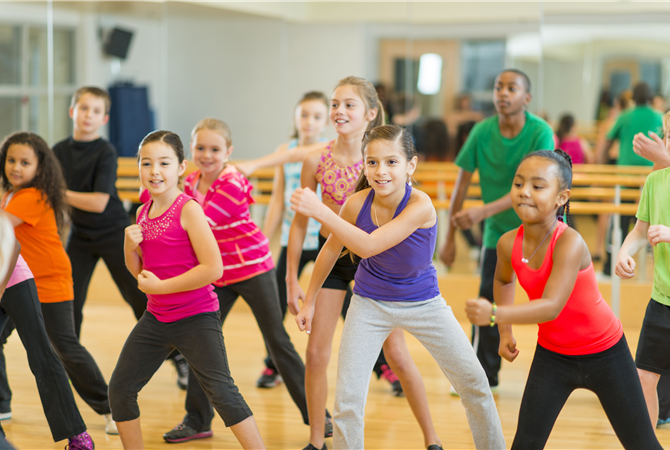 For many years my work has involved groups. I’ve worked as a teacher for more than 25 years now and groups have been a part of that work throughout. When I started my career, I selected groups at random. They were changed week on week, maybe even within lessons, and I paid no regard to who was working with who. Groups were just part of the lesson.

As I moved through my masters and PhD, and I adopted a predominately Models-based approach to teaching, groups became really important. I very carefully selected them. I spent a lot of time trying to ensure that they were heterogenous and would ensure that the outcome of my sport education season, or games-making unit would be in balance until the last week. What I didn’t consider, however, was the confines I place on my students in terms of the outcomes I expected and allowed and the ways I expected them to work together. I didn’t consider the different ways a game, or a dance, or a routine allowed certain actions and curtailed others. I assumed that my desire to make group work work was enough.

The more I mature into my career, and face the assumptions and mistakes of the past, the more I learn and less I feel I really know. One thing I do know now is there is no one way of teaching. There is no right way but there is a moral and ethical imperative to do it to the best of your ability. I haven’t always worked at my best, but I have tried to give as much as I could. I know more today, having read this paper and written the blog, than I did yesterday. All I have to do now is ensure my use of groups continues to change and evolve at a pace that matches my understanding. I must consider the implications of this research on my teaching and try to think, act and then change. I need to think about what ability means in different contexts and find reasonable ways for everyone to succeed. I need to create doubt and challenge all to find their own solutions and not just mimic mine.

The impetus for this Barker and Quennerstedt paper were comments made on a previous paper exploring group work. The critique provided was that “student interactions, and how they take up the expert and novice role, are never neutral or dislocated from the broader cultural context.” Put differently, the critic was suggesting that the past impacted on the present and would, subsequently impact on the future.

A fair point, and one that the authors took as the focus of a new piece of work. In their exploration of the prior literature concerning group work in physical education they argued that “little attention has been given to power relations within group work.”  Indeed, digging deeper, they concluded that power has seldom been the focus of group work research and held that such work included “implicit assumptions about individuals’ capabilities to shape the nature of actions occurring within a given context.” This seems ridiculous – well at least short-sighted (and I include myself in that nonsensical mistake) – given what we have learnt over the last four blogs (see Evans, Tishler, Landi, and  Fitzpatrick) about the difficulties different groups of students experience in our subject (i.e. lower achieving, non-stereotypical, homosexual, and black or brown bodies).

Power, as we’ve learnt, means there are often dissymmetrical relationships in classes, and these don’t just disappear when we create groups. This is doubly worrying in physical education because we create a lot of groups in our work. It is important to note that power exists in both actions and relations and these serve to limit and enhance what can be done in physical education.  Barker and Quennerstedt argue, drawing on the work of Foucault, that power is always related to action and, subsequently, inaction. In other words, it determines what can and cannot be done.

Drawing on the example of a dance lesson, Barker and Quennerstedt argue that there were different types of action and relations evident in the responses of different groups in the class to the challenge to ‘make a dance’. These involved: (1) negotiating the task demands; (2) relating to other cultures; (3) performing gender; and (4) acting on and with one another.

Negotiating the task demands: Each group decoded the task in different ways. The “all-girl group” set out to create a “dance that was co-ordinated, synchronised and look[ed] like contemporary jazz dance. “The mixed group” understood the task set by the teacher to mean create a dance video, while the “all-boys” group, took it upon themselves to create a comic dance. Consequently, where one group chose to involve everyone and include recognisable contemporary dance moves (moves previously seen in PE), another brought sexually connotated moves into PE where they weren’t before. Moves that then made it out of PE when the dance was performed in front of the whole school. The final group set out to create a non-serious routine where they “moved to amuse.” Such mock dancing, Barker and Quennerstedt argued, “seems to be institutionalised in PE in a way that “mock football” or “mock track and field” is not. These, it seems, can’t be mocked in the same away that dance can.

Relating to other cultures: The fixed culture of PE, with its team games and skills and drills, doesn’t seem to hold as much prevalence when it comes to dance. The teacher allowed different cultures – those outside of the “walls of the gym” – to survive and then thrive in these lessons. Students didn’t so much manipulate the culture of PE in these lessons as they did “innovatively modify and elaborate” what was permissible in PE. Popular culture, overtly sexual gestures and humour and ridicule became the norm, and indeed were celebrated, in this unit.

Performing gender: Barker and Quennerstedt noted that there were different ways in which gender worked: (i) gendered abilities and (ii) masculine and feminine ways of moving. In the first iteration of performing gender, the authors noted a difference between what it meant to be “able as a boy” and what it meant to “be able as a girl.” This was particularly evident in the mixed group where the three boys were positioned as being “relatively incompetent and the two girls as relatively competent.”  The girls’ actions set certain standards and they “created their own space of privilege.” In the second iteration of performing gender, the authors saw “rather classic acts of male dominance” in ballroom dancing, with one of the boys leading the girls and steering and manipulating movements in Salsa (a dance he was familiar with from outside school). They also saw the “all-boys” group standing “in line military-style and com[ing] forward to do move like in a dance battle.”

Acting on and with one another: The three groups worked in very different ways. The “all-boys” group engaged in no corrective physical contact, and very few spoken or gestural communication, they simply observed and imitated. If anything, the taller most athletic boy led, and the others followed. In the mixed group, one of the girls knew the moves better than the other and she guided the group. She would stop and start the music to practice different sections. In contrast, the ballroom section (as shown above) was taught quite traditionally. The “all-girls” group led on different sections. They negotiated not so much how but who would move the dance forwards. When they reached an impasse, they gave on another the change to make the next move.

Barker and Quennerstedt asked the reader to consider why we choose this activity, at this time, in this place, with these students and ask ourselves what sort of practices these choices lead to. If we can allow different cultures and enactments of gender and different iterations of power and action in dance why can’t we do it elsewhere in the curriculum?  If we change “equipment, location, music, activity, group size. . .instructions, performance format or a combination of these aspects” can we disrupt and change power relations?”

Barker and Quennerstedt concluded by saying “if power is acted through relations, and relations not just between group members between members and instructions, traditions, equipment and so forth, then strategies for ensuring fair and inclusive participation during group work must involve more than attempts to motivate and empower group members that are standing back or not participating.” Instead, we need to think about the way a football and football pitch define and limit the types power and action that can occur in those spaces. If we are to truly change PE for children then we need to do more than try and increase participation, we must find, instead, alternative and meaningful ways to participate.