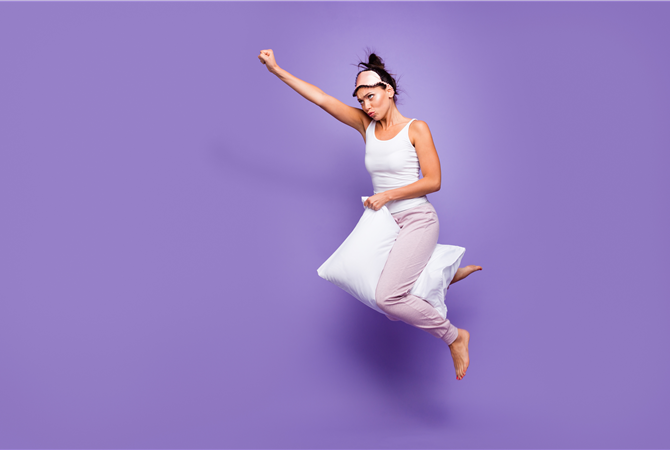 We know that young people distance themselves from physical education (PE) and physical activity (PA) as they get older. We know that girls are more prone to this disassociation than boys. As a consequence, we’ve seen an increase in student choice and recreational activities in schools as students get older. Indeed, student choice has become a popular term in education, but I often wonder if ‘choice’ is really the right term.

In the early days of car production lines, Henry Ford famously remarked that "any customer can have a car painted any color that he (sic) wants so long as it is black." In applying the same analogy to student choice in physical education (PE), whilst removing the obviously gendered inference that only men can buy cars, I wonder if there is a similarly limited level of choice when it comes to PE, i.e. “you can have any curriculum you want as long as it our traditional curriculum.”

Limitations come from different sources and for many different reasons. The timetable is a huge barrier to choice. When PE only manifests itself in short blocks of time (i.e. 50 minute lessons, three times a week) and when space is limited by activity (i.e. netball court, rugby pitch, badminton hall), then we remove a huge amount of flexibility in terms of what can happen in schools. When schools advocate certain sports and disparage others (i.e. “this is a rugby school and not a football school, should have gone somewhere else if you wanted to play football” – in my own words) then choice is further limited. Add personal preference (I don’t teach rounders) and subject knowledge expertise (I’m the hockey coach) to the mix and things quickly resemble Henry Ford’s analogy.

Is there any wonder that children get disengaged? Is it any wonder, in the case of this week’s paper, that girls are all too frequently disinterested in the PE they are offered?

Historically, girls have been presented as ‘the problem’ when it comes to disengagement from PE. This discourse of blame is gradually shifting, and this shift has prompted a drive for choice in PE. Such a change stems from the realisation that it is often the curriculum offer in a school that enables or restricts student engagement. Nonetheless so called ‘girl-friendly’ curriculum, according to Enright and O’Sullivan, “have [largely] been conceived and tightly defined . . . by adult perspectives and constructed as teacher-led intervention strategies.” Such an approach limits the involvement of girls, beyond an initial survey, questionnaire or interview, and minimises and marginalises their presences and silences their voices.

In contrast, Enright and O’Sullivan set out to negotiate the curriculum with the girls over the course of a school year. The year consisted of three phases of engagement that came to be known as: naming inequities, broadening horizons, and change-agency.

The naming inequities phase involved a ‘getting to know you’ (the girls – and there were five in this paper) activity. This allowed the researchers to discern not only what the girls’ “valued and cared about” in terms of PE and PA, but also to critically appraise the girls’ relationship with PE and the barriers to engagement. In the broadening horizons phase, Enright and O’Sullivan set out to help the girls see the ‘givens’ in PE as possibilities and not definites (i.e. they didn’t have to do basketball for another three years) and to better position them to see alternatives. In the final phase, change-agency, Enright and O’Sullivan set out to help the girls to own the changes they made and abide by the decisions they took. Ultimately the purpose was “to think about and try new things in PE that will help us to like being active and help us to be active more and it will all be good fun.”

Some of the initial barriers to success lay in the incredulity of the girls. They didn’t trust Enright not to simply take over because she was the teacher, and they were sceptical that that she would/could make good on her promises, for example, to take them rock climbing. Once they started to believe, however, they were thankful and happy if not amazed that they could choose what they wanted to do in PE.

One of the most significant outcomes was the shift from reluctant to determined participants. Some girl literally did PE in their pyjamas (a fortuitous turn of events made possible by the girls’ decision to wear pyjamas under their ankle length school skirts when it was cold). This pyjama wearing enabled girls who had legitimately forgotten their kit to participate in PE.

A second significant outcome was the realisation that PE wasn’t just a break from learning but was actually learning in and of itself. They were somewhat incredulous that learning actually occurred in PE and it could be individualized.

Thirdly, the girls felt a sense of accountability. They chose it [PE]” and therefore they “do it.” They had previous been “very critical of the hierarchical and institutional power embodied by teachers and principals whereby ‘the teachers make all the decisions and the principal and they never listen to us.’” The curriculum negotiation process allowed the girls to make decision and required them to respect their new roles and work hard to make it work.

The findings showed that where previously girls were dodging and avoiding PE and PA they were now seeking out opportunities. They had broken down the “excessively rigid student and teacher roles and subject boundaries” and help the girls connect with one another and the teacher. Above all the girls showed, time and time again, what they were capable of when given the opportunity.