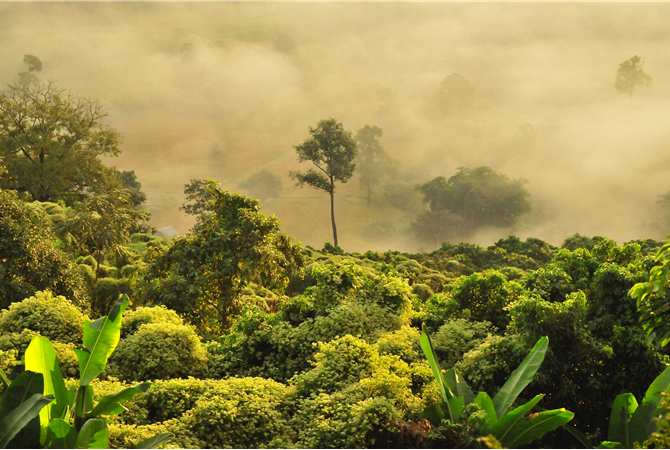 In the previous blog I explored girls’ perceptions of the body in physical education and the messages that are often conveyed by girls around ‘pretty’ vs. ‘ugly and black vs. white. I suggested that to really understand our students in physical education we need to spend an enduring period of time listening to their voices – something, in the busy bustling busyness of schools and when teaching over 100 students per week, is hard to do. Yet do we make the time to listen and explore our students’ perceptions of themselves?

In this week’s blog I ask what cultural experiences children and young people bringing into PE from their experiences of sport in extra curricular and community sport. I ask the question ‘if sport is in schools does it need to be educational?’ and consider the role that free play has in establishing social hierarchies and acceptable behaviours in school.

It is a jungle and the ‘pack’ is gathered in the clearing. Those lowest down the pecking order sit on the highest branches and watch – happy if they are never noticed and content if they can share a little time together away from the watching eyes of their ‘betters’. The adolescent males strut their wares on the edges of the clearing trying to attract the attention of the females.  However, the most eligible of females ignore these attempts to attract their attention. Instead the females focus their efforts on the dominant group.. Yet suddenly the alpha male and his closest associates arrive and the mood changes. The previously dominant males are ‘encouraged’ – quite physically – to the edge of the clearing and the top dogs take over. They play a game of their own and despite the calls of the pack (most from males and a few from females) that encourage and deride their ‘betters’ these ‘top dogs’ pretty much ignore the rest of the pack. They are confident in their ability and have served a long apprenticeship to reach this upper rank and nothing will encourage them to willingly give up their place at this ‘top table.’

Had you seen this display on your TV screen then you would barely have lifted an eyebrow in surprise. Now imagine that this took place every lunchtime in your sports hall or gymnasium and that the ‘pack’ was actually made up of young people. I think you would be a little more surprised and yet this is what Pope and O’Sullivan found – well in my words and with a little poetic license.

While they were talking about basketball in a US high-school context I think it is transferable to other contexts and countries. I remember seeing many games of football (soccer) being played on the school fields when I was a teacher and the eldest boys always took possession of the main pitches while the others sat and watched from the grass bank. The younger students, or those less ‘popular’ or ‘skilled’  played in smaller spaces or jockeyed for space when none was available. The scenes that I will talk about in the paper below might be a little extreme but I think they occur around the world. Do you agree?

If you do, what have you done about it? I did nothing and, to be honest, until I read this paper gave it little if any thought and yet it seems significant to what we are trying to achieve in our lessons. So who are the dominant characters in your lessons and where do they learn to behave in this way? How can we influence (indeed should we) children’s free play when they are school? What is the place of the lunchtime supervisor in understanding and influencing these sporting spaces?

Pope and O’Sullivan studied an American high school gymnasium (or sports hall) for five months in an effort to better understand what occurs in this free- space. They sought to ‘see’ what really occurred in the gym and get beyond what is often experienced by those who simply visit these spaces – such as government inspectors or principal teachers. In seeking to see into life in the gym Pope and O’Sullivan became observers themselves and experienced how life is within these walls.

Pope and O’Sullivan argued that, to survive and prosper in the gym, kids needed to develop a type of ‘street literacy’ that is external to schools and yet which allows they to survive. In other words, those who prosper are highly competent in this environment but it is a competence, respect and even confidence that has been gained over a number of months and years. However, Pope and O’Sullivan found that there were seven types of individuals that co-existed in the gym at lunchtime.

The Bullies were male African American high school seniors with a high level of skill in basketball. ‘He’ would often play up to the crowd and when not slam dunking was trash talking and intimidating other players.

The Jousters were a small group of less skilled boys whose aim was to disrupt as many games as they dared by stealing the ball or obstructing play.

The Posers were bare chested weight-lifting boys who sought to highlight their maleness in ways that they couldn’t on the basketball court. They would do this by performing chin-ups or punching the mats that mounted in the gym walls.

The Benchies were predominantly boys – although sometime girls – who wanted to play but who hadn’t yet proven themselves good enough to play. They spent most of their lunchtimes in full kit watching and hoping to get a place on a team playing on one of the six courts.

The Hangers were there to see and be seen. They were boys and girls who wanted a space to hang out with their friends and were less interested in the games than in each other.

The Venerators were the best-dressed girls who were they to be seen by significant others i.e. the males. They would target individual players and spend their time trying to grab their attention.

The Contestants were those who actually played basketball. They were predominantly boys – although 3 or 4 girls did get to play – who ignored almost everything around them and engaged in high intensity and vocal games of basketball. They were extremely confident and had proven themselves good enough to play.

The interaction between these seven groups ensured that the gym was a male dominated environment where you could be noticed – for the right or the wrong reasons (depending on your understanding of what this meant to you). Basketball was seen as being ultra-cool but was only available to a self-selected few who had the skill and confidence to control the situation. However, only the very brave and very able males got to the top and no one was prepared to challenge the power structure. It was gender exclusive and to get to the top took ability and time-served. Most students had no opportunity to even play and yet the one teacher who watched the session (normally a PE teacher) did so with a sort of benign neglected as their role was different to the one they held in the classroom.

Importantly, these relationships and this ‘street literacy’ was also present in their PE lessons and Pope and O’Sullivan suggested that it went a long way to deciding what happened in these spaces. The children are learning how to behave in sport and yet it is not educative – at least not a form that we would recognize. But what to do? Should sport – if it is positioned in a school context – be educative or should these spaces be left alone?