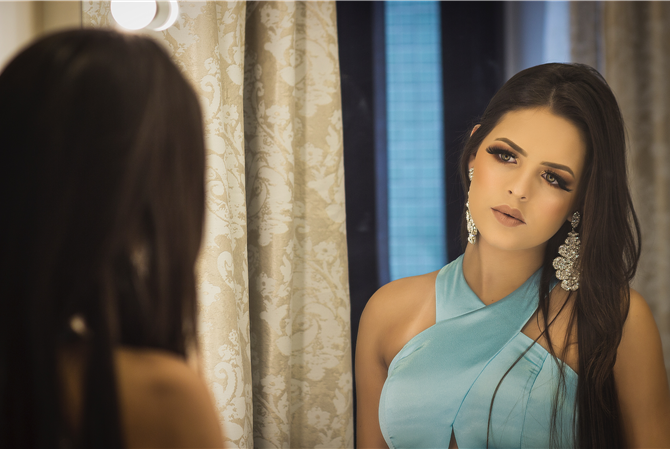 In the previous blog I investigated the impact teaching has on the transfer of learning by comparing the difference between learning fundamental skills and learning specific skills. Through the blog I compared learning the ‘specific’ skill of the overhead clear or learning the ‘basics’ of throwing. In their paper, the authors suggested that developing the ‘basics’ can improve learners’ performance in the overhead clear, throwing and the javelin. Ultimately, I asked questions about how we teach different sports/activities in our programmes, and when is the right time for ‘basics’ and ‘specificity’ in learners’ physical education experiences.

In this week’s blog I explore girls’ perceptions of the body in physical education. This paper is significant as it shows that to really understand our students perceptions of physical education (especially around notions of 'pretty' vs. 'ugly' and black vs. white) we need to spend an enduring period of time listening to their voices. Yet in the busy bustling busyness of schools, and when teaching 100's of students a week, is there enough time and do we make the time to listen and explore our students’ perceptions of themselves?

How well do we know our students? Really know them I mean, not just being able to have a conversation with them in the corridor, or to ask after a brother or sister who also went to the school. Okay, take for example a student you meet at aged 11. Now this child stays in your lessons – by chance of timetabling - for 7 years. Therefore, every year the child is in the school you teach them PE. So, let’s do the maths. That’s two hours a week (two one hour lessons a week say) across 39 weeks across 7 years. So that’s 2×39 which equals 78, x 7 = 546 hours of contact. That sounds like a lot. But let’s take off the ten minutes of changing time in each lesson (being generous) which I make to be 45.5 hours of changing/dressing out time (scary) giving us 500 and half hours of contact. Now, with class sizes averaging 30, that gives us about 16.683 (recurring) hours of contact per student over a seven year period. That’s 2.4 hours (rounded up) per year and 3.7 minutes (rounded up) per week per student – so less than 2 minutes a lesson. Now ask yourself the question again. How well do you know your students? I’m assuming that some of this time is spent in teaching and learning and therefore this individual contact is probably a fraction of our estimated 2 minutes per lesson.

Now I ask you to consider your own needs during the working day, the school year, the life of a student in your school. What are you thinking about? Are you thinking about your health? Well-being? Weight? Hydration levels? Body mass index? The list goes on. Now imagine that each of your students are undergoing similar considerations and then ask yourself how well you can understand those issues.

In reading this week’s paper this was the internal dialogue that I engage in myself. How well did/do I know my students? How well do they understand the problems that I experience? Weren’t the concerns I had also concerns that my students had?

In engaging in this research over a sustained period of time Oliver (as the researcher) achieved what many teachers are simply unable to achieve: a level of understanding and engagement with children that helped them to open up to her. This engagement occurred at a level that allowed her to gain a better understanding of how these students experienced life, based around their perceptions of self and their perceptions of others.

The authors suggested that the body is a theme that is woven through the daily experiences of young people. In the case of this research it was adolescent girls but could equally have been adolescent boys. The way in which children’s identities develop and become entangled with the way that they look is an issue that is under considered in physical education. Yet the need to be ‘pretty’ has become accepted and while these behaviors remain unchallenged they aren’t explored in greater depth. Hairbrushes, combs and other paraphernalia become the tools, or weapons, that girls use to improve their bodies and to improve their standing with their peers. Knowing our students is understanding that they experience the same anxiety and confusion that that we do - indeed that we did as adolescence ourselves - and that this plays a huge part in their lives: which we only engage with for 2 minutes a lesson if we’re lucky.

So how well do you know your students? And as you read the paper I ask you to consider whether you are aware of your individual students’ perceptions of their body and their peers’ bodies in your lessons – particularly in the time you have with them?

Oliver and Lalik studied the body as a theme in students’ everyday lives in 2001 and suggested that body image is a central concern in adolescence. They suggested that girls are often engaged in what adults consider to be annoying and foolish narcissism, with their frenetic employment of combs, brushes and hairspray, to such a degree that their anxieties about their bodies have become accepted as acceptable behavior. Yet in accepting these anxieties around image and their bodies the authors believe that, as a society, we have subverted any effort we might make to help children to overcome and resist harmful attitudes and behaviors towards weight and unhealthy living. Indeed they go so far as to suggest that in normalizing these behaviors it has meant that educators are able to ignore and dismiss the potentially destructive behaviors of young people.

Writing from a US context Oliver and Lalik suggest that the body is a largely ignored area of study in school curricula. PE in particular is a place where such a critical examination of attitudes towards the body could be explored and yet it is currently a place where the body is objectified and where children and adolescents are told that they can manage and control their bodies, indeed where they can manipulate them. The authors are also critical of PE and PE teachers who often present health as the relationship between fitness and fatness, one in which health is equated with an apparent lack of fat. Furthermore, PE presents the notion of keeping in shape as a moral achievement, and that anyone who is out of shape is lazy and immoral.

Yet, to understand the part that physical education might play in developing greater awareness of the body as a term through which young people live their lives we must begin to understand the views and experiences that girls have their bodies. The research in physical education suggests that women’s sense of self is damaged when the female body is objectified and demeaned in society. Where bodies come first and people come second. And yet these patterns and attitudes endure. So where are students being taught that they should go along with the status quo rather than challenge expectations around body, body image, fatness or thinness?

Oliver and Lalik suggest that students should be critical consumers of their cultures and should have the opportunity to challenge expectations around the body. But they can’t do this alone. They need the opportunities to challenge taken for granted truths and to question accepted behaviors if they are to understand what is right and wrong when it comes to the body. Many of our attitudes to the body come from what the authors described as “unexamined common sense” which doesn’t point out alternative ways of living and valuing ourselves.

In briefly exploring the findings of their in-depth study it seems that the girls, when asked, consider beauty as a power in attracting boys and yet ugliness or unattractiveness is something to be avoided by boys and girls alike. Lack of beauty is a punitive condition, in other words it is something to be punished for. Indeed it is doubly punitive, in the words of the authors, and the lack of beauty robs you of the attention of boys and distances you from other girls who don’t want to be associated with your lack of beauty. In other words girls seen as ugly are expected to suffer abandonment by both boys and girls, at least this is how the girls in this study viewed it. However girls who were considered beautiful also felt the jealousy of others. They felt that they were socially labeled as pretty and therefore became the envy of other girls. So beauty and ugliness both act, potentially, as social inhibitors.

Yet, ideals of beauty were shown in this study to be constructed around colour. White skin tones were considered more beautiful than darker skin and yet this benchmark of beauty was uncritically accepted and internalized by the girls whether they were black or white in ethical origin. Resistance to these ideals around beauty where not publicly exhibited, at least not by the girls in this study. Yet within their private musings and writings of the students involved there was the occasional call of resistance. To be publicly seen to resist is to open yourself up and risk social exclusion – not recommended if you’re pretty and next to impossible if you are ugly. So how do kids stand up for themselves? Yet, if they can’t shouldn’t we be brave enough to stand up for them?