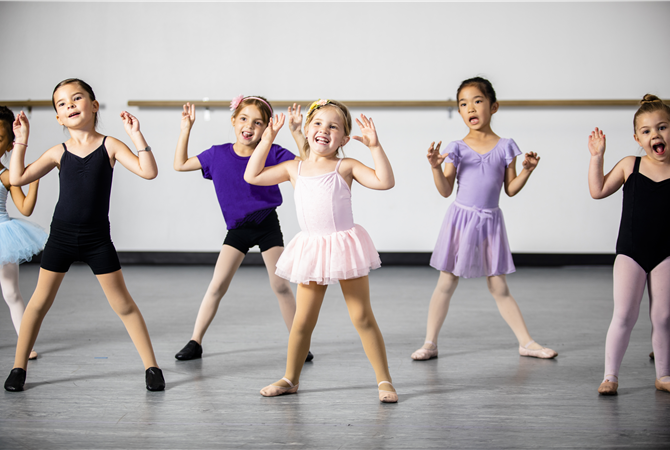 In the previous blog I asked what learning theories informed what happened in your classrooms – especially if student-centred or experiential learning were your preferred approach. Drawing on the wider work around learning the blog suggested that there are two main philosophies of learning – mechanic and organic – and asked the reader to consider where they would stand themselves in relation to these theories. It asked whether the learning in your class was a ‘cause and effect’ process or if it was more holistic than that.

In this week’s blog I suggest that game play is an inherently social experience and that techniques are possibly meaningless when the interdependency of passer, receiver and defender is overlooked or ignored. Indeed, how often is the pass taught with all its ‘friends’ around it? How often is it placed in a sterilized room - having first been disinfected - to try and function in isolation? The blog asks if it is time to take the risk of getting the pass wrong because without its ‘friends’, the pass can never be anything but a representation of its true self.

Unsurprisingly, as someone who considers himself to be a competent user of Teaching Games for Understanding (TGfU) and Sport Education (SE), I see that the game – whatever it is – is a complex entity. Yet this wasn’t always the case. I used to frequently teach children about the set shot in basketball through B.E.E.F. Indeed I used to think of it as one of my best lessons, so much so that I taught it on at least one job interview and finished thinking about how well the lesson had gone.

BEEF, for those who don’t know, is an acronym used in the teaching of the set shot in basketball. My version went -Balance (on two feet shoulder width apart, weight on the balls of your feet), Eyes (always looking at the target), Elbow (directly underneath the hand on the ball, bent at 90 degrees), and Follow through (with the whole arm until you make the spout of the tea pot with your hand) was the way I was taught to use it (but I believe there are other ways). Balance, Eyes, Elbow, Follow Through. BEEF. I taught the set shot for many years through that technique and then couldn’t understand why very few of my students could score a basket in a game. I also taught the bounce pass, the chest pass, the no look pass etc.

What I forgot to teach was the Burt’s, the Ernie’s, the Erika’s, and the Fiona’s…i.e. the  players involved in the game. Without somebody to pass to the pass is irrelevant. Without somebody to escape from, or evade, then the pass is decontextualised because space is easily found and there are no hands to get in the way. Equally, movement patterns become irrelevant or at least decontextualised and students don’t “plant the foot”, make a “razor-sharp cut” and “run into space” because there is no one to evade. Without Burt and Ernie, Erika and Fiona and the social, situated, and relational aspects they bring to the pass or the set shot, then learning is almost inevitably devalued and devoid any perceptual, tactical, and social understanding.

Therefore, the next time you choose to teach through the pass or the shot think a little more about Burt, Ernie Erika and Fiona and the ways in which they upset the balance, draw the eye, nudge the elbow, and block the follow through. I wonder now how important the position of the hand on the ball, the wrist, the action of the shot etc. really was when teaching my students to shoot or pass in basketball? If my aim was to produce textbook shooters then I failed. If my aim was to produce high scoring games then I failed. If my aim was to help students understand the game of basketball then I failed. It wasn’t until I taught through a teaching games for understanding approach and witnessed a game between my class and a colleague’s class (taught through a traditional approach that focused on technique of movement) that I saw the vast difference in their understanding of the game. My students understood, at least at the basic level, the social relationship between the passer, the receiver and the defender, whereas my colleague’s class clearly didn’t.

Rovegno and colleagues set out to explore three principles of teaching invasion games from what they describe as a situated and constraints perspective (which I hope will become clearer as this blog continues). The first principle was that teaching passing and cutting meant dealing with situated and relational skills and tactics. The second principle suggested that teachers could offload instruction and understanding onto the task and the environment. The third principle was that by setting task and environmental constraints, learning could be further enhanced.

Traditionally teaching in physical education begins with a technique of movement, and only once this has been mastered, are perceptual, tactical and social elements added. However this takes no account of the idea that movement is a social experience. What Rovegno and colleagues suggested instead was that “a situational perspective focuses on the relations among passers and receivers, and the goals of the task define the meaning of the skills of throwing and catching in game like play”. Therefore, the authors focused on the idea of sending catchable passes which were often short, and where possible sent in front of a free receiver.

“Catchability” was seen as being relational and that a good pass should be defined in relation to the receiver’s ability and the game situation. In other words, there is no one way to pass and what is catchable by one child is not catchable by another. However, one of the problems that Rovegno and colleagues uncovered was that some kids couldn’t understand that if they sent a poor pass, that was subsequently dropped, then it was in fact their fault and not that of the receiver - an issue that often prompted negative reactions from the passers. Indeed the authors argue that the social and relational aspects of passing are not easily learned.

Equally, the ability of the receiver to accelerate into open space was dependent on the defender. The authors suggested that this was effected by the receivers spatial awareness and understanding. By running a so-called “Banana” cut, the receiver could maintain the same distance from the passer and consequently better judge the pass and make things easier.

Rovegno and colleagues did argue that not all aspects of game understanding needed to be explicitly taught and could be offloaded onto the environment. For example, by keeping the passer in a hoop and making the receiver and defender operate around them, there was no need to monitor, or indeed teach, the rules of travelling in basketball. Similarly, the authors position the defenders as a social structure i.e. “we (passers) keep the ball away from them (defenders)” and this facet of gameplay didn’t need extensive explanation.

With regard to the defender, Rovegno and colleagues suggested that without them cuts and fakes were meaningless. That running onto the ball was unnecessary as receivers could safely catch from a standing position and then run with the ball. Indeed, they suggested that the defender adds authenticity. However they also suggested that defenders were a task constraint that helped passers and receivers, but only when the emphasis was shifted from competing to one of social responsibility for the learning experiences of opponents. They argued that when a defender always intercepted the pass or never intercepted the pass then the passer and receiver got either frustrated or bored.

The authors concluded the paper by suggesting that immature performances do not reside solely in the individual but in the relationship between passer and receiver. In this way, the catchable pass is not defined by a set of isolated characteristics but by the relationship between a particular receiver and the immediate environment. To achieve this, the teacher needs to strike a balance between the task, individual, and environmental constraints related to movement patterns.

Think about findings of the paper – do they resonate with you? Use Twitter (@DrAshCasey) to ask a question, seek clarification, may be challenge the findings?