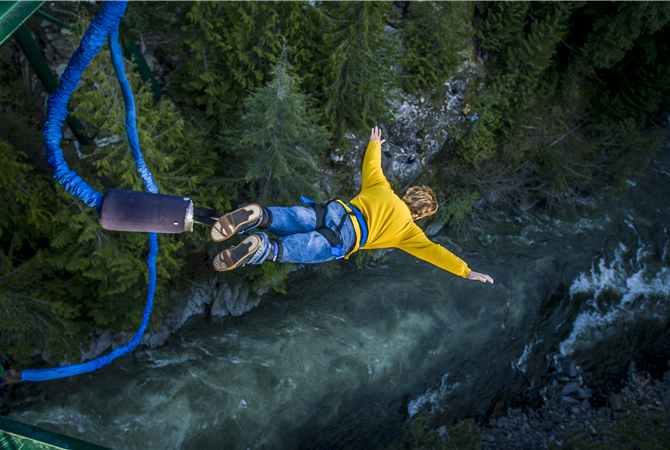 In the previous blog I explored the idea that more is better and that multi-activity programmes may have contributed to an increase in young people’s participation rates over the last 40 years. I suggested that an increased repertoire of sporting experiences as a young person serves as a means of protection from physical activity ‘dropout’ and buffers against the increasing specialism in activity that occurs in adulthood. The blog focused around the need to provide more quality and less ‘filling’ and to understand more than just what the kids have done in the past but also what they have learnt.

In this week’s blog I explore one the first empirical studies of Sport Education. It reports on the positive benefits to students’ learning that it can accrue from its use. Certainly, this paper is an advocate for Sport Education, but as you read the blog I ask you to consider whether you would try it or if you have, were your experiences the same?

As a teacher (in both secondary school and tertiary education) who has used Sport Education (SE) - it is interesting to read some of the earlier findings from the 1990s. I have long been an advocate of this approach and from many years of experience I have ‘evidence’ from my own practice that a models-based-approach can make a difference. However, as Hastie says, this study was undertaken with “one class, and particularly an all-boys class” and that his conclusions should be “limited to that group only”. I guess this is the weakness of small studies and the findings should be treated with a ‘pinch of salt’. However, much of what this study found is replicated in my work and in many other studies in both SE and other pedagogical models, which is one of the strengths of in-depth studies, and therefore I consider this paper to be particularly informative and potentially transferable to a number of contexts.

Some of the arguments that Hastie made for using SE hold true today as they did then, and wouldn’t have to lead to the use of SE, just a change in practice. He argued that physical Education is (a) too focused on elite sport (i.e. the 1st team or the varsity team etc.) in a limited number of sports, (b) the focus of lessons is on decontextualized techniques (skills and drills) that are rarely practiced in ‘real’ situations, (c) games (when they are played) occur in isolation - with teams picked on an ad hoc basis for each lesson - and bear little resemblance to the real world of sport (i.e. enduring teams or festivity) and (d) physical education rarely uses the multiple roles available to participants that are common in sport.  (i.e. coaches, referees, statisticians, or journalists)

However, experience tells me that while the aspiration of SE is to rectify these ‘omissions’ it is not a catch-all cure for the perceived ills of PE and nor is it an easy step from the old to the new. “It’s easier to say a thing than do it” – as the saying goes – and this is definitely the case with SE. To say you are doing something (and many of the criticisms of SE and other pedagogical models is that they represent a ‘name change’ approach and not a pedagogical shift) is one thing but then you just get a “wolf in sheep’s clothing. To actually do it and to make the changes necessary to adopt a models-based approach to PE is something completely different. For example, using SE means more that placing students in enduring teams for a unit of work and applying a number of pedagogical priciples . I am strong advocate of a models-based approach but it took me years and multiple units of work to be in a position to say I was using, for example, SE and it was a battle. It went against THE way of teaching PE (that Hastie criticised) and my colleagues didn’t like it. I stuck to my guns and made the changes and the kids loved it. It is worth the fight but don’t go into change with your eyes closed. Prepare, stick to your guns, and it can be one of the most rewarding things you can do – it certainly was for me.

The three main findings from this study were (a) that it increased the students’ opportunities to practice,  (b) that is positive impacted on the students perceptions of skill development, and (c) that it enhanced the social context in which learning occurred. In other words, the students felt that they practiced more, got better quicker, and had the chance to work with their existing friends and make new ones.

The students in this study were used to having PE daily but they were also used to swapping the focus of their lessons every three weeks – so really a multi-activity programme. They were taught in a very teacher-centred way and they felt that they were bossed about by the teachers and told to do things that they didn’t want to do. Many students felt excluded from lessons that favoured the most able and disenchanted with lessons that focused on skills and not fun. To them SE must have seemed like a breath of fresh air and that may have skewed the results in favour of the model. However, it is hard to look beyond the results in this school and not imagine what the results might be if more schools tried this.

The study indicated that students’ engagement in PE increased as the SE season progressed and showed higher levels of “motor-appropriate practice than in skill sessions conducted by the regular teacher.” When student coaches were ‘in charge’ their sessions “were characterized by considerable activity”. As a consequence of these improvements the students demonstrated particularly high levels of similarity in their engagement and improvement across the unit. In other words, most students showed increased engagement in lesson and increased skill. They were on task more often and were more accurate in their work.

The study also showed that students preferred learning from each other and receiving information from the role of the coach in their team than the teacher.   The teacher was seen by the students as  “making us do what we don’t want to do” while learning from the coach was seen as letting them chose. This might have been because they had more focused time to practice – time that wasn’t interrupted by whole class discussions. The use of small-sided teams was one facilitating factor in this, as it allowed the students to have an enhanced number of contacts with the ball. Furthermore, all the students felt that they had received more opportunities to be involved and to actually participate in this unit. This was attributed to the competition inherent in SE. However, Hastie also suggested that this wasn’t the ‘normal’ competition found in PE but a more inclusive form that celebrated improvement, good play, sportsmanship, and engagement, not just winning or loosing.

The students all felt that their skills improved and that they got the chance to play in different positions. This was a new feature of their lessons as previously the less able students, in particular, were often left to play in the least desirable positions on the pitch. While the study didn’t explore the effectiveness of the inter-student instructions the perceptions of the students were certainly positive.

All in all the study was shown to be a success. However, to what extent the findings are transferable outside of the context is questionable. That said, pedagogical change in PE has been shown to be evidence based and this paper certainly provides evidence that SE works and works well. So, go on (I dare you)…give it a go or tell us how you have faired with the model in the past.

Think about findings of the paper – do they resonate? Use Twitter (@DrAshCasey) to ask question, seek clarification, may be challenge the findings.