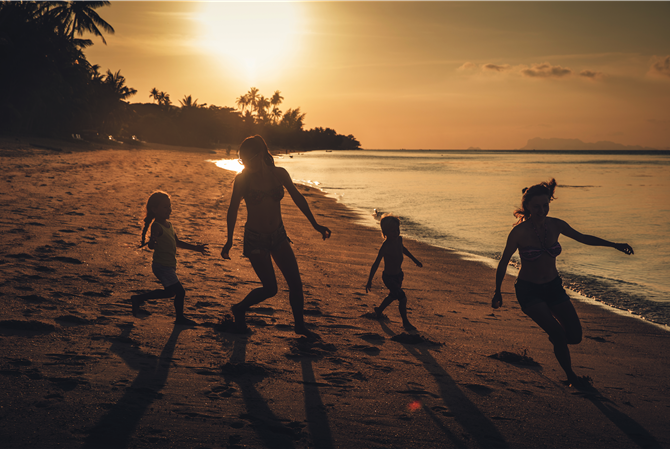 In the previous blog I explored Flintoff and Scraton’s (2001) work exploring girls’ experiences of PE. The paper argued that we need to look beyond the ‘traditional’ views that girls dislike PE, and understand the different forms of learning that girls want to engage with; often outside of school with friends or family. This is especially prevalent if we are to adequately provide meaningful and worthwhile experiences for those who are under our care.

In this week’s blog I explore the notion that more is better and that multi-activity programmes may have contributed to an increase in young people’s participation rates over the last 40 years. Drawing on data from England and Wales the paper suggests that an increased repertoire of sporting experiences as a young person serves as a means of protection from physical activity ‘dropout’ and buffers against the increasing specialism in activity that occurs in adulthood.

One thing that has emerged from this blog has been a feeling that, in too many lessons, PE is not living up to its potential. One of the key components of this sense of underachievement has been the multi-activity, traditional, gendered games-focused curriculum. Kids, it would appear, just don’t want to do the same sports year-on-year and nor do they want ability to be the prime means through which they are accessed. Indeed, this is the PE that is frequently criticised in the media, by the inspectors, by academics and by the enlightened practitioners I frequently engage with at conferences and on twitter.

I must admit to some scepticism over these results and wonder at a number of convenient coincidences in the paper. However, I am also aware that this paper challenges my ideas around what has happened in PE and that may just be uncomfortable. It is certainly something that needs to be reflected on.

To me the key notion that the authors allude to is the change (over the last 40 years) in the whole idea of youth. The new idea of youth (and I include myself in this demographic as I enjoyed the earliest years of this re-definining of youth) has emerged as school and employment has changed. In the 70s few people went on to study beyond the age of 16 and fewer still went to university. Therefore, youth more or less ended at 16 with young people joining the workforce. In the intervening 40 years this pattern has markedly changed, and increasingly youth go on to study after the age of 16, with many of them going on to university. This elongation of time spent in education – coupled with the increasing numbers of 16-24 years olds who are not currently in work or full-time education – has expanded the time people can be classified as ‘youth’. It has also opened up greater amounts of leisure time which, when coupled with the expansion of the leisure industry since the 1970s, has provided greater opportunities for young people to be involved in leisure and physical activity.

What cannot be denied, though, is that engagement has risen. Nor can the assertion (which I endorse) that this increase is attributable to PE teachers around the world. However, the links are a little too tenuous for my liking. That said, how do I (or we) know? PE has been particularly bad at collecting evidence on its achievements and most of our successes are recorded through anecdotes, hunches and stories. In advocating for our programmes we need more than this, and maybe the messages in the paper gives us somewhere to start. That doesn’t mean we should be complacent but should instead put some evidence together to supplement and enhance our existing ‘hunches’.

Green and colleagues challenge a growing and well-argued body of literature that questions the ability of multi-activity programmes to provide quality physical education experiences for children and young people. Drawing on the belief that PE’s purpose is to promote lifelong participation in physical activity this paper suggest that, while PE is not capable of serving kids for life it is capable of enhancing young people’s predispositions to lifelong participation. However, it does acknowledge that the type of programme most likely to achieve this outcome is still a highly contested area. That said, the authors argued that the ability of the multi-activity programme to provide a meaningful foundation for lifelong participation has been dismissed too quickly.

The biggest charge that has been made against multi-activity programmes is that they provide a mismatched of experience for young people when compared to the participation tendencies of adults. However, the authors argue that the claims made against these programmes are unjustified and that “developments in PE curricula in England and Wales in recent decades can be viewed more optimistically if and when they are considered alongside trends in participation among young people as well as their leisure lifestyles in general”.

Firstly, the paper reports on a gradual broadening of secondary PE curricula since the mid-1960s. This has included degrees of activity choice alongside a degree of continuity (in terms of the dominance of sport and team games). However, this dominance has been maintained through a greater breadth of sports (such as badminton, basketball, tennis, dance, aerobics and health-related fitness) – a pointed supported by OFSTED. This range of activities, the authors argued, has continued to broaden over the last two decades. Simultaneously, these activities have been shown by Sport England to track into early adulthood – a fact that in itself suggest that these curricula haven’t been as poor as many have suggested.

That said, these changes have occured during a period of sustained change in leisure time and participation. The authors report on a ‘marked decline’ in the drop-out rate in sport and physical activity participation during adolescence. This engagement (or lack of disengagement) is often occurring within health and fitness environments, with “a small minority playing competitive sports”.

Green and colleagues suggest that multi-activity programmes have provided young people with opportunities to be involved in a large range of activities before they leave school. This exposure to a ‘wide sporting repertoire’, in turn, has protected them from the inevitable ‘drop-out’ that occurs through life. Drawing on prior research, the authors suggest that “whatever the reasons for dropping out of a particular sports, where the individuals played several games, their entire sports careers were less vulnerable”.

It is this vulnerability that appears to be the key to the reported success of multi-activity programmes and have helped to provide young people with the opportunity to become involved in “informal, casual, recreational activities”.  Leisure (which includes sport) has become a site for young people to establish and assert their independence, and their exposure and introduction to different activities at school may facilitate this.

Concluding their paper, the authors suggested that sport-based PE programmes should not be considered to be “devoid of merit in terms of facilitating lifelong participation”.  Increased levels of participation are said to be, in no small measure, due to the “wide sporting and physical activity repertories that young people have developed”. Indeed, the authors conclude that choice is important in this development and that young people are becoming increasingly dissatisfied with the “over representative of a small number of sports in schools”. So the take home message from this paper seems clear – young people wish (and perhaps need) to experience a “wider choice of activities” but these don’t need to be focused on the traditional games curriculum. A breadth of experience is important, as it might future-proof against adult drop-out, but range and real choice is also important. Indeed, the over emphasis on traditional gendered team games is something that needs to be reconsidered.

Think about findings of the paper – do they resonate? Use Twitter (@DrAsshCasey) to ask question, seek clarification, may be challenge the findings.?