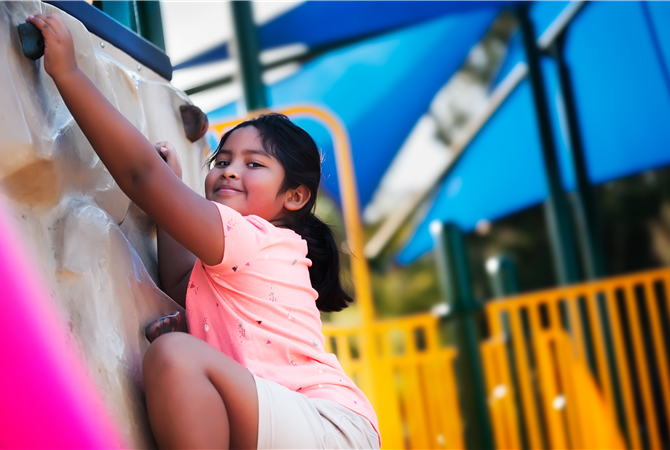 In the previous blog I explored the ideas around the lack of change in physical education. Williams (1985), writing more than 30 years ago, suggested that changing practices in the classrooms it takes more than an individual desire to change. We need to involve those outside of the classroom, such as parents or local community clubs, to change the expectations around the subject and allow innovations to survive.

The message from this paper seems to be that, whether you’re a girl or a boy you are expected to behave in a certain way. These gender expectations have a greater influence over the way you act than you own desires. In other words, at school kids appear to trying to be the person who they want to be known as rather than themselves. For example, regardless of a girl’s personal enjoyment and desire to be physically active, being active isn’t the expectation for a ‘girly girl’ and therefore they opt for inactivity. In a similar way, we could argue that whilst a boy might enjoy dance as a physical activity, this choice doesn’t meet the expectations around being ‘manly’ so rugby or football are chosen instead. This choice then serves as an expression of acceptance rather than as the boy’s preference for the ‘real’ activity that he enjoys.

The girls’ behaviour that is explored in this study shows that for some physical education wasn’t a place they wanted to be physically active. Instead they either chose to take physical activity both in and out of school, or they found that fitting in (i.e. not participating in lessons) was the way of ‘doing’ PE and they were active in private. These decisions to fit in were often based solely on their expectations that boys were better at PE than girls. In other cases it was based on the idea that there was a difference between the same activity when it was played at school and when it was played at home.  In particular, playing with boys or the other students who weren’t in their ‘friendship’ groups changed the appeal of the game.  Subsequently, participating in physical activity was seen as something to do out of school with family and friends, it was not something to do in school.

However this love for an activity, coupled with an unwillingness to engage in it at school, has implications for girls’ participation in PE. The idea of gendered games (Netball, gymnastics, dance) was not one that the girls in this study appreciated and yet the games they liked to play (even football) either weren’t made available to them or they had lost their out of school appeal.

Much has been written, and many films portray, the difficulties of school - from a social context. The idea that school is something to survive is certainly something that is strongly portrayed in the media. This portrayal means that girls’ awareness of gender stereotypes and inequalities is only the first step to changing schools and school physical education. In contrast to many of my own experiences of teaching girls and much about what is said in the media, when girls behaviour was explored they actually weren’t unwilling to participate, and nor were they passive in their decisions not to be involved. However, they wanted a choice in what they did. To this end I wonder if it is worth considering how powerful choice might be in physical education. How many girls would be involved if it was on their terms? It would seem that girls understand the benefits of physical education but they choose not be involved. They know what they want but it isn’t what we seemed to have assumed - i.e. not to get involved because they might look unfeminine - instead it is often because they don’t see the value in what they are being asked to do.

Azzarito and colleagues begin the paper by exploring the commonly held ideas around girls’ non-participation in physical education in schools. The authors build a common picture around girls experience of physical education using terms/phrases such as alienation, sexist practices, gender roles, inferiority, meaningless, powerless and marginalisation,. The “forceful occupation” by boys “of space, skillful control over objects, or physical power” are then cited as common ideas that allow the physical competence and dominance of boys to prevail in physical education.

These ideas around girls have almost been accepted in society. Issues of power have allowed for ideas around the domination of boys and the subordination of girls to become commonly held ‘truths’ rather than biological fact. Girls are seen as powerless and frail. They are also portrayed as simply not valuing movement or physical activity. The strength of these beliefs is such that, in wanting to be a women and womanly, girls seek to conform to being powerless and frail, and don a ‘costume’ and put on a show much like when an actor wears a costume to perform. Indeed, such has become the expectation that girls don’t take part in PE that they have become the ‘problem’ and we have looked beyond the curriculum (and what it offers) in our effort to blame the individual.

The structural organisation of physical education lessons and the programmes we offer, these authors suggest, are in part to blame.  Physical education allows the girls to perform as girls and the boys to perform as boys. There seems to be a separation in what each gender can and can’t do. For example, in offering boys’ games and girls’ games, and in limiting the options of both, “common sense assumptions” about what is natural for a girl or boy to do arise. Yet this study suggests that there is a difference between what girls will do outside school and what they will do inside school. When in school they might reject their role and the types of physical activity they are permitted to play, while outside school they understand and engage in activity. This often unseen reality highlights the difficulties that exist for PE but also emphasises the need to make the subject socially relevant to young women.

Azzarito and colleagues found that while girls enjoyed and valued physical activity they also made conscious decisions about how and when to be involved. Furthermore, they showed how girls’ perceptions of their opportunities differed markedly from those who taught them. When it is clear that physical activity is important to girls, that is a positive experience, and it helps them to maintain and achieve fitness, then why is the expectation still that they don’t want to be involved? Popularity - which was associated with skillfulness - was seen as one reason not to be involved. The need to be seen as ‘lazy, and passive” was cited as another reason. These seem like spurious reasons not to be involved in school but they certainly indicate that the decision is not an individual one but a societal one - and is one that needs much greater consideration.

What’s next? As part of these blogs I propose the following as a way of considering the implications of this research - Think, Act, Change (or TAC for short).

Think about findings of the paper – do they resonate? Use Twitter (@DrAshCasey) to ask questions, seek clarification, may be challenge the findings?

A version of this blog was original published in June 2013