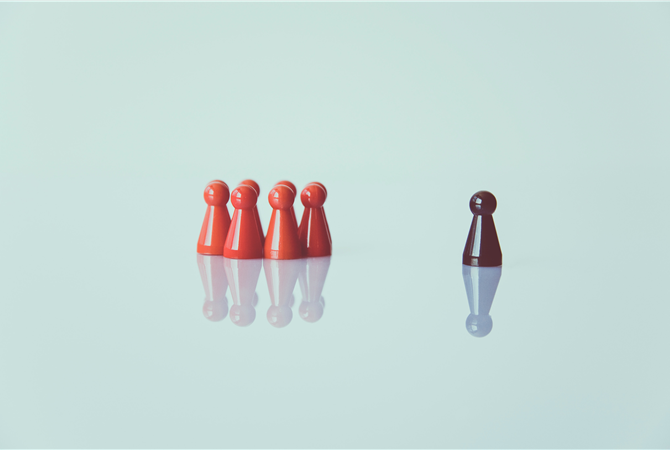 Photo by Markus Spiske temporausch.com from Pexels
The different forms of physical capital
Written by Ash Casey on 05 Apr 2019
1712 Words

In the previous blog I explored the argument that physical education has an established place in society and this could be used to promote and then enact a notion of PE that was firmly centred on health. It explored the links that have been made between inactivity in childhood and inactivity in adulthood and argued that by addressing the first real difference can be made in the health of the nation.

in this week’s blog I explore the ways in which being good at sport and physical education affords learners physical capital which in turn allows them to develop their social status. However, it also argues that this capital is gendered and that boys gain more from it that girls. Furthermore, it explores the idea that where girls gain capital from being slim, pretty and tanned, boys gain it from being strong, skilful and powerful. These difference are upheld in society and yet kids are not equipped to address them nor challenge them.

When we talk about changing the way that we teach (and for some us the way we teach teachers to teach), we are keen to change the opportunities for some of the most disaffected learners. Yet, one of the groups of children who often complain are the most able in our classes. These learners are often those who  are respected in the school, by their peers and teachers, for their athletic ability, where they can subsequently  use this resource’ to their advantage. This resource or commodity is referred to by Shilling as physical capital and it can be converted into a very real sense of social and economic capital.

For some, their physical capital is exchanged for economic capital - a job. For the professional sports star this can be highly lucrative which leads to endorsements beyond their ‘day job’. For others, their physical capital is converted via social capital in economic capital. For example, we only have to look at David Beckham – a Footballer who has subsequently gained economic and social capital as a result of his ‘eliteness’ (physical capital). Indeed, as he announces his retirement his future employment is not a concern, and roles are currently being speculated by the media– a continued ambassador, a manager and even a fashion designer or the new 007.

So what does this mean for physical education? In changing the ‘rules of engagement’ and allowing more kids to increase their physical capital – do we change the rules of physical capital and replace those who can dominate the respect received or given. In this way, even by the changes we make to our lessons – such as ensuring equality, inclusion and cooperation, how are we changing the rules?

That is not to say that I am defending the current activity-focused (specifically competitive team games) culture in physical education - despite being so implicit in it as a younger teacher. I do believe that we need to change the focus of what we do, without limiting the potential of those who are capable of converting their physical capital into social and economic gain. However, perhaps we also need to understand what physical capital is and how an appreciation of it might help us to plan our curricula and develop our pedagogies.

As I drew on David Beckham as one example, Shilling emphasises that physical capital is different for different people and it is ‘gained’ in different ways. Shillings draws on a breadth of research and a number of sociological perspectives when suggesting that physical capital means different things to different people and is changed depending on social location, habitus (i.e. the lifestyle, values, dispositions and expectations of a particular social group - see theMauss blog), and ‘taste’. In other words, where you live both physically and socially, your cultural traditions around movement, and what is deemed as appropriate for someone ‘like you’ to do. Location reflects your material circumstances and the inequity of opportunities. For many people the body is a means to an end. It allows them to work to support their families and that very act leaves them little spare time in which to indulge in physical activity. For others the body is an end in itself and they can concentrate on their health and/or their physique. Habitus dictates what, if any, activities are ‘permissible’ and/or affordable for you to engage in. Football for some and polo for others. In some ways this is also reflected in ‘taste’ but taste is also about lifestyle and the voluntary choices that people are able to make.

However, Shilling argues that when these issues are applied to men and women their ability to gain and convert physical capital is gendered. The ‘weak’ female body is often seen as not being suitable for development. Male-dominate labour markets, a ‘tyranny of slenderness’, and prejudice again muscles in women, PE kit and expectations around marriage through beauty, dieting, make-up, and fashion all lead to different expectations around physical culture. In many sports women cannot get the same ‘conversion rate’ for physical capital into economic or social capital as men. Furthermore, there are fewer ‘old girls’ clubs’ (so to speak) where women can convert their physical capital into social gain. These lead Shilling to suggest that there is a different type of physical capital for girls and women based around male expectations of dress and appearance and the reinforcement that muscle is wrong and fat is wrong.

In writing this I wonder how compliant, as a profession, we have been in reinforcing these expectations. The most able students thrive in our lessons and their achievements are celebrated around the school and in the local community...however I don’t believe that is gendered and I feel that any sporting success is celebrated. Indeed, if we take stereotypical examples, like the Football team or the Netball team if either wins this is often celebrated in the school bulletin and mentioned in staff meetings. However, by having a narrow notion of what physical education is and does, have we denied many children the chance to understand fallacies around health and thinness, and/or physical education and muscle. Have we failed to challenge ideas around thinness and fatness? Have we highlighted these through ‘fat camps’ and body fat measures? With the increasing understanding that boys as well as girls face issues around size and shape do we need to do more to address expectations around physical culture?

Shilling, writing twenty years ago, suggested that the body was “a irreducible human resource which assumes value in various spheres of social life”. However, he also suggested that this resource had a gendered construction that disadvantaged women and their ability to convert this resource into cultural gain. Shilling called this resource ‘physical capital’ and defined it as “a social formation of bodies by individuals through sporting, leisure and other activities”. The importance of physical capital is that it can be converted into economic, cultural and social capital or indeed can detract from any of these.

Physical capital can be gained in many ways and, while sport is often played in different ways by different classes, it also has the ability to cross-class and present opportunities to different people. However, physical capital is limited in several respects. A sporting career is short and comes with a degree of risk (in some cases a high degree of risk) that places limits on what people can do with their ability. Furthermore, it is gendered. A footballer’s ability to convert physical into economic capital, regardless of ability, is depended on gender. As is her ability to convert physical into social and cultural capital or indeed the indirect consolidation and accumulation of economic capital in the years after a sporting career ends (i.e. through commentary, punditry or coaching).

Beyond elite sport Shilling argues that society does not help girls make appropriate leisure choices on their own. They are told that muscles are bad, and believe that PE might cause these - so they drop out. They are encouraged to only display their bodies when they are slim, good looking and tanned and yet they feel that PE kit is not an appropriate way to display themselves under these expectations.

Drawing on a number of research areas, Shilling argues that the body has become a focus of modern discourse and that ‘bodies’ and therefore people are increasing constructed through medical, sporting and moral decisions around what is right and what is wrong. Yet he also holds that while “people make their own bodies through labour, sport and play, they do not make them in circumstances of their own choosing.” As an example of this he suggests that the perception that girls are weaker that boys is just that – a perception. Yet social practices surrounding the identity of girls says that they are weaker and therefore girls are told this, are discouraged from activities that would build their strength and are deprived the resources to develop in this way, and are expected to follow society’s ‘rules’ about weakness. When they don’t they lose cultural capital.