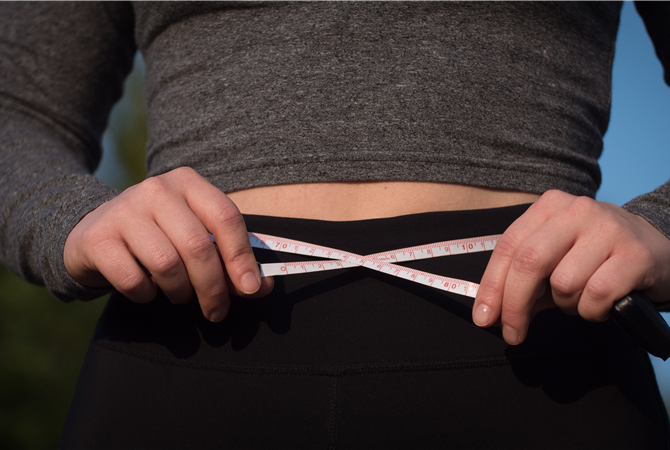 In the previous blog I explored the idea of valuing the physical activity life. I suggest that the opportunity to be self-active is not an individual thing but a community thing. Valuing the physically active life is a frame of mind that rests in the community, not just in the individual and is one that requires investment in policy and provision well beyond what exists at present. The blog and paper argued that physical activity opportunities should be considered as being as much of a right as clean running water.

This week’s blog explores suggestions that through ‘our’ actions and inactions, and our voice and ‘non-voice’ we have been compliant in western societies pursuit of being slim as a measure of a healthy good looking citizen. I explore hidden and demonstrable roles that physical educators have played in enforcing and reinforcing the mandates of the ‘Cult of Slenderness”. In other words, in doing nothing we are guilty of collusion, but the blog also asks if we have support the idea of slenderness through the idea of physical education.

Tinning suggested, nearly thirty years ago, that physical educators (and in this he includes teachers, teacher educators, researchers, fitness consultants, coaches, and administrators) have done little to fight against the growth in society of the ‘Cult of Slenderness”. Reading his argument - which is a persuasive now as it should have been then - I can see his point and wonder at my own acceptance of the idea that slim is good while fat is bad. That is not to say that we are not victims ourselves of the media enforced and society driven idea that we must ‘battle the bulge’ and ‘fight fat’. Yet, we are the ones who are supposed to know better.

The key arguments in this paper remain as true today as they did in the mid 80s and that worries me. This invariably leads me to wonder ‘exactly what have we been doing for the last ~30 years?’ It seems that we have ‘kept quiet and carried on’ as many people remain trapped in their preoccupation with their bodies and their concern with their own physiques. People are locked into a daily battle with the calorie and yet take little or no account of biological reinforcers around physique. Instead of understanding and accepting that some people have genetic differences that lead some of use to store sugar as fat, while others are better suited to being ‘athletic’, slenderness is the default position for everyone.

What concerns me (both professionally and personally) is the apparent lack of voice that physical educators have had in challenging the idea of slenderness. When my daughter was seven she’d already started suggesting that she was fat. She ran around all over the place and yet somewhere in the psyche of the school playground, or the programmes she watches on TV, or our discussions around healthy eating and exercise she has got this idea in her head. But ‘who will challenge this?’ Can I rely on her teachers to do this or will their own predilection towards slenderness stop that? Who are the voices who are shouting out against these ideas? I guess the buck stops with me and emanates outwards but I do think that we need to work harder than ever to be the profession that begins to break down this cult. Others are equally guilty but now is not the time to look around for scapegoats. Instead, as physical educators, we need to find our voices (and soon) and make sure we shout out about the errors we have allowed to become truth. Furthermore we need to make physical education a place where everybody can challenge the social engineering that has occurred for decades around slenderness. How? One lesson at a time seems like a place to start.

In exploring Tinning’s paper I will start in the middle. He introduced two women (but I would argue that these could also have been men - although not in equal proportion) as an example of the differences between slenderness and health. The first - described as slender, bright and attractive - engaged on daily exercise and had recently won Miss America. A paragon of health and beauty perhaps? And yet such was her battle with weight and calories that her conversations at home were conducted from a stationary bike. Any binge eating (the example used was a piece of coconut cake) was immediately treated with ‘overexercise’ and was worked off on the bike. The second woman was described as aggressive, athletic and successful and lived the fitness life with running, cycling and walking seen as key parts of her weekly exercise routine. That, and the fact that she suffered from bulimia and was sick three times a day.

Both of these women, Tinning argued, could have been considered as paragons of the cult of slenderness and yet they exist on what he calls the ‘purge continuum’ - alongside those who take diuretics or weight lose pills. Who hasn’t purged and engaged in a bout of highly demanding exercise following a particularly calorific day - isn’t that why new year resolutions often focus on losing the Christmas bulge. Yet, for these women the purge was a daily occurrence and was as much a part of their ‘physique’ as good eating and appropriate daily exercise.

The drivers for this ‘obsession’ was society and its acceptance of slim. It is good to be seen to spending a lot of time trying to lose weight even if the aim is a shape that you were never meant to be. The stereotype of slenderness is seen in many places and there are a lot of beneficiaries -  drug companies, fitness club owners, clothing and equipment manufacturers, magazine owners who sell slenderness, government departments who can spend less on healthcare, and physical educators. The cult of slenderness has cemented the position of PE in the school curriculum - but it this because of its compliance with slenderness or because of its advocacy of education and understanding around healthy living?

I have argued here before that games (even though I love them) don’t allow children and the adults they become to “value the physically active life” and engage in “lifelong physical activity” so I don’t buy the argument that PE has educated against the cult of slenderness. Tinning suggests that physical educators recruit people who are similar to them, not just in terms of attitude and beliefs, but also in terms of body type. The mesomorphic PE teacher is selected in the image of the selectors and rewarded for maintaining the traditions of the subject. This has meant reinforcing feelings of inadequacy that some students feel about their abilities and the bodies.

Instead of the changelessness of PE, Tinning argues that “physical education in schools is an opportunity for social engineering with respect to challenging the negative aspects of the pursuit of slenderness”. This means exposing the folly of the media, changing our own behaviours and tolerances of different body types, and changing our ‘non-voice’ into actions that make change possible even if this means biting the hand that feeds us.

Think about findings of the paper – do they resonate? Contact me via twitter (@DrAshCasey) to ask question, seek clarification, may be challenge the findings?