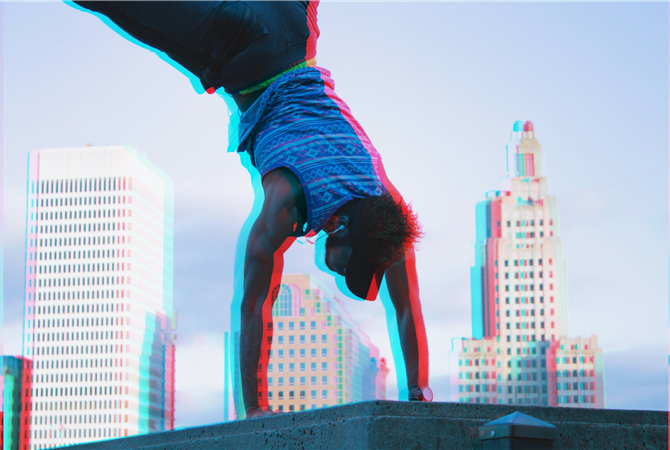 In the previous blog I explored the key issue that face us at this time as we seek to understand more about physical education and physical activity. I suggested that social justice and prejudices are still key reasons why students don’t get the physical education experiences that they want, need and deserve. the blog argues that we are all responsible in the development of teachers (be it ourselves or those who come under our care), and that only together can we ask the hard questions that need asking and then answering.

This week’s blog explores this issue from the angle of health. I argue that physical education has an established place in society and this could be used to promote and then enact a notion of PE that was firmly centred on health. Drawing on the research in the latter part of the last century the paper makes links between inactivity in childhood and inactivity in adulthood and argues that by addressing the first real difference can be made in the health of the nation.

My take home message from this paper is that physical education needs to be educative. The authors are writing at a time when the issue of physical inactivity was being clearly linked to early mortality and associated, and then equally compared, with “population attributed risks” such as cigarette smoking, high blood pressure and high cholesterol. In many respects they do a good job in bringing studies in the field of physical activity and health together for our ‘consumption’ but there seems to be a key educative message missing from the paper - i.e. that we need to radically change what occurs in physical education. Instead, they suggest that physical education” can easily be adapted to meet the current and future health needs of the [US] population”. For example, by ensuring that students engage in the requisite amount of moderate to vigorous physical activity.

Given what we know about pedagogical and curricular change (then and now) this seems like a naive suggestion and one that undermines the efforts of teachers and fails to consider what it actually takes to engender and sustain change. The authors seem to be on the edge of a number of key ideas but they ‘hedge their bets’ on a number of occasions and skirt, in my opinion, around some of the key issues. For example, they talk about research that was undertaken across six lessons and suggest that it had an effect on the dietary behaviour of the participants. While I feel that this is a laudable outcome it makes no mention of long term change. In the same paragraph they talk about a five year study that had a notable and positive impact on cholesterol, dietary intake and health knowledge. Now while no direct change to physical activity or fitness was noted in either study I would not be alone in suggesting that if the five-year model was adopted in school physical education then there would be an increased possibility of sustained lifestyle change at the very least.

This notion of educating rather than schooling runs throughout the paper. The authors overlook the multifaceted nature of change in favour of the expediency of using the existing institutional structures around physical education to develop a form of physical education that favours health-related physical activity goals. That is not to say that they don’t make some important observations but they seemed to have squared the circle in a manner not in keeping with the broad and diverse goals of physical education around physical, social and moral development. Instead health has an endpoint rather than as a way of living that becomes the motivation behind change. I certainly agree with their argument that the major emphasis in physical education on team games is not conducive to lifelong physical activity. I also have a lot of sympathy with their argument that a games agenda in schools has a key impact on our future desire to watch team sports rather than participate.

However, the changes they suggest are not easy and nor are they achievable in the immediate to short term. We need to aspire to the future and face head on the challenges of change. So instead of thinking of next week or next year we need to think in terms of “by the time this student leaves this school in six years time s/he will be able to...” and then fill in the gaps. If the answer to that is have a free throw average of +80% or run 100m in sub 12 seconds then work to that goal, but if it is “value the physically active life” then what learning process do we have to have in place to achieve this six years hence? Is it more than short dietary interventions that may be forgotten by the end of the six years?

Sallis and McKenzie’s main argument is that adult physical inactivity is an epidemically-proportioned cause of cardiovascular and other chronic diseases and that this serves as a strong rationale to shift the orientation of physical education squarely towards health. In doing so they hold that childhood inactivity is directly related to adult inactivity and therefore by changing the first you will positively impact on the second. They argue that because “school physical education is the only major institution that can address the health-related activity needs of virtually all children” it should be seen as a major contributor to improvement of the USA’s health crisis.

In making this case the authors suggest while PE has not historically been viewed as a public health programme they are compelling reasons for such a shift in thinking. With the dangers of cardiovascular disease (CVD) and premature mortality and the strong links to physical activity (or the lack of it) Sallis and McKenzie believed that PE could be redesigned to serve as a preventer to sedentary lifestyle. They even go as far as suggesting that a “reasonable yet untested hypothesis” would be that such a change could influence up to 97% of the population. In this paper they make other “probably”, “speculative” and unsubstantiated claims and assumptions about physical activity and health.

However, they also make a case that any “comprehensive approach to promoting children’s health must go beyond the confines of the school”. This means involving families and the community in the educative process, even if school remains as the centrepiece of any intervention. Sallis and McKenzie also argue that 50% of elementary age children don’t have adequate time for PE, that they are neither active in class nor prepared for lifetime activities, and finally that they are too often taught by non-specialists (see blog on Hoffman). This argument certainly holds true with many others and sits at the crux of the educative arguments made around PE.

The authors focus on elementary schools and hold that teachers trained in physical education are better able to change behaviours around physical activity. However, while I support their implicit argument that elementary school is where we should initially focus our efforts in improving PE by employing specialist teachers, I would argue that this does not take into account current teacher education or expectations around pedagogy and content in PE. To that end we need to find way of achieving teacher and school ‘buy in’ to any form of change. Furthermore, that change needs to be educative and not simply programmatic.