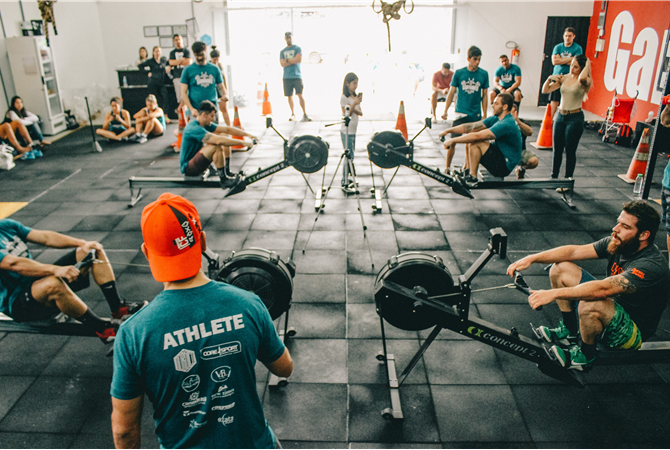 In the previous blog I explored the idea that we need to look forwards at what physical education, indeed education, ought to be. In other words, how can we envision a future for physical education that surpasses the norm and places it at the heart of the lives of young people, their families and their communities. It challenges us to think of the networks in which we engage and to acknowledge the values that such ‘communities’ hold and champion. In doing we are asked to consider how we might be catalyst for change. How might we blur subject boundaries to include transdisciplinary skills that change the learning environment and change students’ views of sport and physical activity. We need to acknowledgement that there is not one possible future but thousands and find different foci for physical education.

In this week’s blog, I explore the Body Curriculum project and argue that we need to provide space and opportunity for young ethnic-minority students to challenge the predominance of Whiteness in conversations about health and the body. The blog explores the commonly held ideal of the White body and exposes the lack of images that show non-White men and women being healthy. I conclude by asking the reader to see, perhaps for the first time, the bland pallet that media outlets produce when we ask them for images of ‘fit people’. If you don’t believe me (or more particularly Azzarito and colleague) type that phrase in to Google and see the results.

We live in a world driven towards health. We are pushed by the threat of obesity on the one hand and the lured by the media towards the perfect body on the other. That body isn’t ours (as it’s always something to achieve or maintain) and it isn’t culturally sensitive. It’s White. Azzarito and colleagues argue that the media “implicitly and explicitly circulate normative ideals of body size and shape informed by monocultural views” (p. 635). Consequently, non-White bodies are placed at a disadvantage. They are driven, lured, limited and cajoled by meanings of fitness, health and beauty that present White as normal and desirable and which give scant attention to ethnic-minority bodies. In short, they are asked to achieve someone else’s ideas of the ideal.

Fitness, health, beauty etc. are complicated enough concepts for any young person to understand. Indeed, for any person. You and I included. For young ethnic-minorities, meaning-making about what it is to be fit and what fitness means are complicated by the media’s focus on “the White ‘norm’ in the context of global health” (p. 635).

Drawing on a number of theories around Whiteness, post-feminism and race, Azzarito et al. argue for a need to interrogate assumptions and mechanisms of domination and sub-ordination at the places where matters of colour, gender, race, and social class intersect. Throughout this paper they seek to challenge practices in education that maintain the status quo around exclusion and discrimination. They do this in an effort to have a meaningful impact of young people’s identities, lives and experience. For them (and may others who have written before and since) “Whiteness is ignored, taken for granted and universalized … [and as a consequence] …Whites benefit at the expense of non-whites” (p. 636). Such an adherence to White norms and expectations means that normal is White and ethnic-minorities, and their bodies, are held to account for non-compliance to these norms.

The lack of media reference to ethnic-minority role-models in the worlds of health, diet and fitness implicitly tells certain young people that their bodies matter while simultaneously telling others that they don’t. If, as a consequence of media messages and a lack of criticality, young people believe these norms then they run the very real risk of body dissatisfaction and lack of motivation to engage in physical activity. When these messages invade school (which they are sure to do) and Whiteness becomes the all in ‘Education for All’, then schools run the very real risk of approving (some would say they already make real) “White ideals of body size” (p. 638). Furthermore, they carelessly ‘tell’ ethnic-minority students that they need to regulate, manage and discipline their bodies to match these White ideals.

Azzarito et al’s implemented the “Body Curriculum” in two secondary urban schools in northeastern America represents to destabilize media-driven constructs of the fit body. They wanted to give participants the chance to express their “embodiment in culturally relevant, contextualised and authentic ways” (p.638). Using visual methods, particularly through the Glogster internet platform – the researchers worked with young people to help them engage in an active process of producing online resources that represented “their critiques, experiences and understanding” (p. 639) around “issues of the body and cultural identities” (p. 639).

A discourse analysis of the data allowed the researchers to formulate two main themes: Media, Whiteness and the Body and “I Am Who I am and I Am Proud of It”. The first of the themes (discussed below) positions the ideal body as Caucasian and argues that the Media directs everyone to follow that ideal. The second theme explores the ways in which the young people themselves started to destabilize Whiteness in their own considerations of the body.

Media, Whiteness and the Body

The students were asked to reflect on race, gender and the body on their personal Glogs. The overwhelming majority of them included images of White men and women. When asked to explain why they didn’t use images that best represented themselves as African American, Latino, Asian, or Native American they explained that these White images were the only ones they could find on the internet. As Juan said, “I want to [find images of people who aren’t White] but when I searched it up the internet didn’t come up” (p. 643). Unpicking this further, Juan felt that this was because “White Blondes and White males mostly work out the most…they hardly see us working out” (p. 644). He went on to argue that Black people can’t do the majority of things Caucasians do. Similarly, Eliana didn’t think she’d ever “seen a Caucasian who is lazy and stays home and never does anything” (p. 645). She did, however, position Dominicans as not really caring about working out and suggested that half her family were really big and didn’t care.

The media’s validation of idealised White people as ideal bodies holds “White people accountable for Health, legitimating, valuing and making their ‘efforts” (p. 644) and body achievements visible to the public. Conversely, the absence of black bodies (outside of certain sports like basketball, American Football and Athletics) “implicitly tells viewers that Blacks are not as successful at this [fitness and health] as whites” (p. 645). The students bought into these narratives and saw “White bodies as ‘more motivated’, ‘ideal examples’ to follow and admire” (p. 645) whilst simultaneous seeing their own culture as ambivalent to exercise, working hard and being fit.

The media fixation on Whiteness meant that students found it hard to find images that weren’t White. To counter this, Belinda put in a picture of her friend doing push ups. She positioned him as a role model but didn’t explain why she had chosen a male friend and not a female friend to represent a counter story to the one where Whiteness equals fitness.

During the labs with the researchers, the participants had the chance to “engage, resit and discover other ways of seeing the body, beyond media’s dominant narratives of whiteness” (p. 649). To do this they photographed themselves in real spaces (i.e. “PE classes, homes, fitness gyms, school basketball teams, or simply around urban streets, subways, sidewalks and parks” (p. 649)). These pictures created a feeling of authenticity and empowerment and allowed the young people to show the diversity of their experiences.

Lemuel stayed away from replicating images of Black athletes in popular sports and, instead replicated the images of White male models in fitness magazines. In contrast, Belinda produced a collage of images of herself in a range of contexts and activities. She did this because she didn’t care what others though “this is me. I am who I am and I am proud of it.” (p. 652). One of her pictures showed her doing a push up. She used this because she wanted to show herself doing something that she (like most women) could do as well as men. Despite this confidence, she did express anxieties about being thin and about her body and yet this was contrasted with her sense of self-worth and self-acceptance. Amaya rejected White norms and tried not to be pressured to be thin. She felt she was very active and loved the way she looked. She resisted the notion that her body was at risk because of athleticism. Like other participants she used the Glog space to resist Whiteness and counteract “the racialized and gendered narratives she experienced by developing new consciousnesses, identities and creative self-portraits through critical reflection” (p. 654).

The Body Curriculum not only took a critical stance against Whiteness, and the media’s fixation on it, it also allowed alternative ideals and accounts of the body to merged that might otherwise have remained supressed. The project showed that racism need to be seen, and then addressed, in standardised expressions of fitness, health and the body. It also showed that it’s easy to leave Whiteness unseen in the media and to forget about other bodies. As educators we can strive for the idea that every child deserves an education, but it can’t be about ‘Education for All’ because the ’All’ appears to be White. Instead we need to find the stories of ethnic-minorities, of others, and value their bodies and their experiences. We need to take rally against Whiteness and ensure that every search we do is representative. In short, we need to rethink race and the body in a global era.

What’s next?As part of these blogs I propose the following as a way of considering the implications of this research- Think, Act, Change (or TAC for short).

Think about findings of the paper – do they resonate? Use social media to ask question, seek clarification, or maybe challenge the findings.?