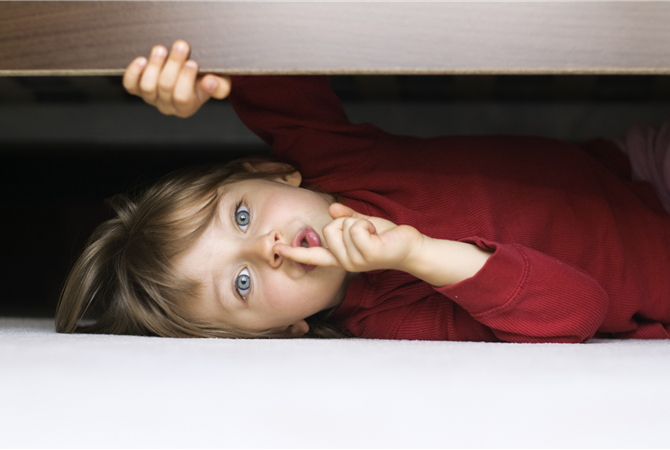 In the previous blog I explored peer-assisted learning (i.e. how teachers effectively create pedagogical contexts in which students learn in groups and from their peers). The blog suggested that, in order to create new and engaging learning experiences that depend on peer-learning, teachers need to be aware that such change to the learning context takes time for the students to learn to learn in a new way.

In this week’s blog I suggest that what we say as teachers has an impact on gendered expectations for participation in PE. In other words, how we talk to boys and girls encourages students to believe and re-enforces teachers’ expectations that boys are ‘sporty’ and girls are ‘needy’.

Early in my academic career I had the chance to visit one of the most incredible sports science labs I have ever seen. It was at the University of Bielefeld in Germany and the equipment in the two rooms I visited would have bankrupted many lottery winners. One of the labs contained a golf club and a few balls, in picking up the club I was immediately the focus of millions of Euros worth of technology that could measure every single one of my movements to an incredible level of accuracy. Talking to the professor who was showing me round the lab I learnt that they had been working on shot making with players of different skills to trying to ascertain the key influences on a successful golf swing and therefore the final location of the ball.

What emerged was that novice golfers (and I think he said sportspeople in general) focus on the club and on their fingers and on the feel of the grip and everything is very internalised. In comparison the expert golfer focuses outwardly. They focus on the hole, on the wind and on the conditions. The swing itself is so well rehearsed that it becomes just another part of the whole experience.

If we use this analogy, and apply it to language, then it should be seen as something that occurs amongst other things. When we are forced to think of our words carefully then we become increasing conscious of the inward and lose sight – perhaps – of the bigger picture. In teaching there is more to think of than our words and they become part of this bigger picture, and yet in doing that, we are guilty of letting everything we have rehearsed come to the surface. We don’t think about what we are saying but instead allow ourselves ‘free rein’ so to speak and it is in these moments that our social constructed ideas come out. This means our preconceptions about gender and ability and PE and lots of other things often come to the surface, perhaps sometimes unconsciously but are exemplified in our actions.

Once I digitally recorded my voice through two entire lessons to see how much I talked, but I wonder what would have happened had I listen, instead, to how I said things. I guess this is one way of trying to understand what views and expectations we portray about boys and girls in PE. What Wright does in this paper is make you think and consider how our preconceptions of girls and boys’ impact on the ways in which we interact with our different pupils.

Wright concludes this paper by suggesting that her research “demonstrates how teachers’ use of language operates, usually unconsciously, to position themselves and their students in ways which can construct but also challenge, dominant forms of femininity and masculinity and the relations of power they predict.” In other words, what we say as teachers (in any institution) and how we say it serves to position boys and girls in line with social expectations.

Boys, Wright found, were positioned as being team sportsman and their learning was focused on the traditions and expectations of these sports. They were told what to do and then given the independence to do it. They were expected to be good and engaged in physical education but not at dance and in this one area they were expected to be resistant. Any deviation from either of these ‘truths’ then the boys’ masculinity was challenged.

In contrast girls were seen as being tentative, resistant and reluctant where teachers perceived the need to be persuasive and supportive to their engagement in physical education. While boys were given instructions and then expected to get on with things, girls were provided with more explicit instructions and a near constant stream of praise and encouragement. Almost as though, they are ‘dragged through’ a lesson. Teachers, both male and female, attempted to create a more personalised relationship with their female students. It was clear that while boys were expected to enjoy PE (and the form that it took in lessons), girls were not expected to share the knowledge or orientation toward PE that their teachers had and therefore were expected to be negative towards their lessons.

Wright’s analysis of language and the social realities that it creates demonstrated that children – particularly girls and boys in this instance – are positioned differently. The interaction of teachers and students and students and teachers shows a lot about social relations and particular orientations (from both parties) to learning. In a traditional sense, and through traditional approaches to teaching, the teacher controls knowledge, regulates behaviour, paces the lesson, directs knowledge and elicits different degrees of student participation in lessons. This happens through their actions and, most particularly for this paper, through their language. That doesn’t just mean individual words but the grammatical patterning that are used serve to encode different worldviews.

Wright’s research indicates that girls are positioned ‘needy’, as lacking and as being the weaker sex. Girls come to accept this view but rather than seeking to resist the dominant belief that boys are better, they develop their own strategies – most notable through their disengagement. However, they also appear accepting of this gendered notion of PE because boys’ masculinity is in question and girls are positioned as ‘pseudo’ boys (tomboys) if they step out of these norms.

Speech, Wright demonstrates, allows us to determine how participants are positioned. Boys are told what to do and had up to six times more opportunities to practice. Girls were encouraged. Uncertainty also crept into conversations with terms like ‘just’, ‘only’, ‘probably’ and ‘maybe’ be far more commonly used with girls than boys. Male teachers spend much more time explaining things to girls than boys and female teachers are more likely to make links between their experiences and those of the girls. Statements like ‘we’ occur in conversations between female teachers and female students. In other words conversations with boys are authoritative while conversations with girls show solidarity. Such solidarity however can call into question the teacher’s ability and blur the borders around who the expert is and/or who has the authority.

So, I ask you to consider the language you use with your students. Do you use ‘just’, ‘only’, ‘probably’, ‘maybe’ or ‘we’ with different groups of students? Whilst this paper suggested that how the way we talk to students encourages gendered social expectations of the ‘compliant’ (boys) vs. ‘needy’ (girls), should we consider it beyond gender? Does what we say create and enforce social expectations beyond girls vs. boys and are we ‘truly’ aware of what we say and the impact?