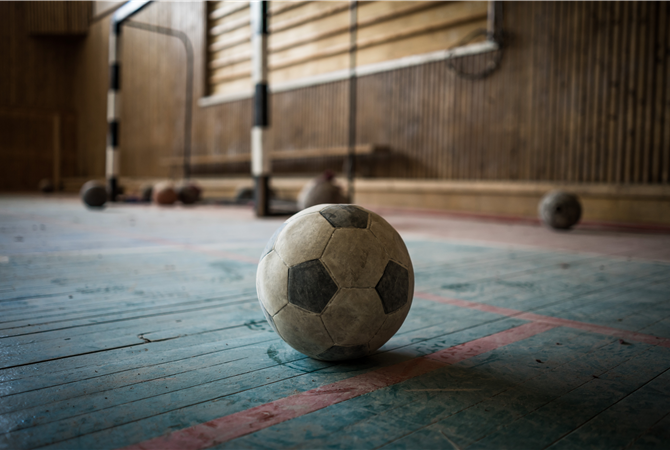 This week we explore the work of Brian Lewis – with the help of Lee Schaefer and Sean Lessard – to co-construct an after-school programme with Indigenous Youth and their community in Canada. This is not an exploration of an intervention to help young people considered ‘deficit’ or ‘in need’ but an ethical co-construction of understanding and experience (both past and future) undertaken with others.

In presenting an example of Narrative Inquiry, Brian and Lee (with recognition of Sean’s role) sow how they/he (Brian) puzzled over his inquiry and committed himself to understanding experience – both his and the Indigenous Youth involved and their community – throughout the process. The narrative inquirer, as Brian and Lee write, remains attentive to past experience because it is “continuously interacting with the research process; this includes the researcher’s past experiences as well as those the researcher is conducting the narrative inquiry with.” Put differently, Brian’s past experiences as a teacher and curriculum consultant shape his identity as a narrative inquirer because while the physical structure of a gymnasium might remain unchanged for 20 years the way it looks, feels and sounds doesn’t remain constant.

At the heart of Brian’s puzzlement – what the chapter explains as the research puzzle rather than the research question – were other questions of “so what?” and “who cares?”. These questions sit at the heart of Narrative Inquiry and force the inquirer to move beyond a simplistic reading of the research and its impact. These questions challenge the researcher to consider the significance of their research beyond their own private needs and ambitions. This wouldn’t be research on indigenous youth using an idea that Brian thought might work, but research with indigenous youth using ideas that were co-constructed. This approach allowed Brian to begin with individuals he would be working alongside rather than with research questions and predetermined outcomes.

Brian started with the literature (but this was a doctoral study) and found tensions, and uncovered personal concerns, about how indigenous youth were depicted. They were invariably portrayed as ‘in deficit’ and as a population that needed to be ‘fixed’ because of findings from research that had been done ‘on’ them. They were, themselves, silent in the literature and weren’t considered as ‘knowledge holders.’ These tensions and concerns became things that Brian wanted to change/challenge (or at least not replicate) in his research.

In identifying his research puzzle from his past experiences and those portrayed in the literature, Brian composed/develop a particular wonderment. In this sense his research (and that of other narrative inquirers) carried ‘a sense of a search, a “re-search,” and searching again…a sense of continual reformulation’ (Clandinin & Connelly, 2000, p. 124). By wonder around a puzzle rather than asking a specific question, Brian remained committed to the experiences of the youth he was working with. His intention, after all, was not to simple create an after-school programme for youth but to ethically enter the community and co-create a programme with these young people. To do this he wanted to move slowly and listen to the community. He wasn’t looking to provide potential solutions but, instead, to understand what had and hadn’t worked previously and develop a shared understand and commitment to future developments. To do this, he did a great deal of listening and took the time to help the community get to know who his was and vice versa.

Throughout the inquiry, Brian remained aware of the three-dimensional narrative inquiry space (for a more detailed explanation see blog 3 of this series) i.e. the place (the community) where he was going, its temporality (i.e. its past, present and future) and its sociality (i.e. the way his experiences interacted with the experiences of others). He tried to be and work alongside the youth and their community. He continually strove to remain ethical committed to his work and the relationships he was creating.

Through this process (what we might called fieldwork) he developed field texts and not data. These were co-constructed records of events (be they field notes, transcripts of conversations and/or photographs). These were artefacts that would help him return to these events and this community at a later time and they were something he ‘did’ in conjunction with the participants.

When he need to step away from the programme and wonder about what was happening and what was being leant/developed/built, Brian used these texts to create interim research texts. These texts were filled with the richness, nuances and intricacies of the landscape he was experiencing. These were not complete stories but partial texts that remained open to participants and the experiences they were having. These texts allowed for further co-composition and the negotiations of possible meaning. Eventually these texts became research texts. They were written to engage audiences and challenge them to rethink and reimagine the ways in which they practice and the ways in which they relate to others. They were not facts but co-constructed stories of an ethical commitment to experience.

Narrative inquiry, as shown by Brain’s work, is not simply about hearing stories and analysing them. It is messy and filled with uncertainties. It is an ethical process that remains true to experience and which, as a result, is trustworthy. Brian’s inquiry was much more about sharing stories. He could, after all, simply have gone into the after-school programme, changed something and left. But he didn’t. Why? Bacause he wanted to build relationships with Indigenous youth, their families and communities. This took time, but in valuing experience (everyone’s experience) and co-constructing different texts and understandings this became about puzzlement in space, temporality and sociality. In short, this was a narrative inquiry.