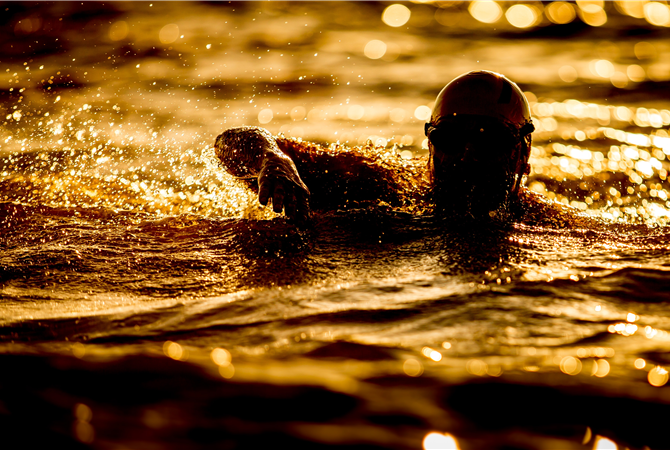 This paper was first presented as the 2018 Scholar Lecture at the British Educational Research Association’s (BERA) Physical Education and Sport Pedagogy (PESP) Special Interest Group’s (SIG) Invisible College (IC). The BERAPESPSIGIC’s scholar lecture (or scholar lecture for short) recognises the sustained and meaningful contribution of a leading academic to the field of PSEP. Mikael Quennerstedt was recognised in 2018 for his contribution to ideas, that in his words, had followed him around for twenty years: health and learning.

His main argument in the scholar lecture/paper is that in physical and health education (HPE) we should:

·     free health from only being understood as a singular noun signifying a human being’s normal condition, and

·     free learning from exclusively being understood as individual and instrumental when it comes to health in education. (p. 2)

In seeking to free HPE from the shackles (my words) of the above conceptions of health, Quennerstedt argued that health and learning should be talked about together and always under the understanding that they were becoming. Throughout the scholar lecturer/paper he used the metaphor of the swimmer (drawn from the work of Aaron Antonovsky) to help his audience think about health as a verb (an action, state, or occurrence) i.e. healthying. In this way it was his hope that, as a field and as individuals, we might deliberately reconsider the position of health in physical education. Before doing any of this, however,  Quennerstedt limited his ambition to “focusing on health’s relation to education, physical education and the lives of young people participating in formal schooling” rather than exploring health at it ‘exists’ in hospital and/or the media.

The Concept of Health

Health and physical education seem synonymous. In fact, physical education has tied itself so strongly to health that it is hard to image them not being mention in the same breath. Yet the construct of health in physical education is strongly related to fitness, ten thousand steps, BMI and body shape (among other things). Is this, Quennerstedt asks, the only way to think about health? If health is an end point for everyone to reach then what is health? Write it down (his words not mine). Are our answers the same?

Moving on Quennerstedt asked the audience/readership to reflect on two specific questions:

But what does it depend on? Are we defining health through physiological, social, psychological or moral considerations? Are we considering the cultural and/or religious context in which these terms are discussed? Therefore, when we talk about, teach and/or research health we need to be clear about what our assumptions regarding health actually are. For Quennerstedt, “it is surprising that any researcher or teacher can claim that something in physical education is good for young people’s health without being clear about the assumptions regarding health” (p. 2).

The concept of health has been influenced by many things and it doesn’t mean one thing to everybody. From one perspective it is utopian. It is an ideal location towards which all people should be navigating. From another perspective it is related to moral behaviour which, at times (and you could argue those time still exist for some), positions homosexuality, politics, pregnancy and menstruation as unhealthy. Others perspectives see health as one end of a continuum which has disease at the opposite end. In this way (and leaving much of the explanation to Quennerstedt in his paper) health is a human being’s normal state or condition. Conversely, this means that disease or unhealthy behaviour should be explained, explored, critiqued or prevented. It is an either or, with the ‘not normal’ being challenged and endeavours made to set it right.

Taking these sorts of approaches, Quennerstedt contends, equates to taking a pathogenic perspective (where patho = disease and genic = origins). In his paper, Quennerstedt draws a circle with a line from north to south. In the western hemisphere he writes “Disease or not normal” and on the eastern hemisphere he writes “Health = normal”. When this perspective is applied to learning “health education and, in consequence, physical education, become equal to preventing disease by focusing on activities and behaviour that potentially reduce those risks, either now or in the future” (p. 4). In short, the subject becomes obsessed with helping learners engage in wise, low risk behaviours.

Aligning himself with Antonovsky’s thinking, Quennerstedt argues that when we seek to prevent we identify others as being at risk and in need of saving. To this end, and under a pathogenic paradigm, a focus on higher levels of moderate to vigorous physical activity (MVPA) – which has been shown to reduce the risks of heart disease – seems rational and justified. What Quennerstedt argues instead, is for “alternative conceptualisations of health” (p. 4).

Drawing on the World Health Organisation’s refined definition of health, Quennerstedt ask us to “stop a while and think about this account of health [one] that it is created and lived by people within the setting of their everyday life: where they learn, work, play and love (his italics)” (p. 4). This definition, as the paper suggests, is in no way fixed. It presents a notion of health that is fluid, ever changing and, in all senses, is becoming. It points to resources that we can draw on to be healthy. It doesn’t ask us to understand, cure and prevent illness but speaks of assets we can draw on to be healthy.

In his quest to find an alternative to finding the origins of disease (pathogenesis), Antonovsky proposed salutogenesis, which roughly translates to ‘the origins of wellness’. Through salutogenesis there is an imperative to advance new conceptualizations of health; particularly in health promoting areas such as physical education. Quennerstedt, through Antonovsky, argues that health isn’t something we do or don’t have. Instead he argues that we are all terminal cases (thus is the nature of life) but while we live we are all, by some measure, healthy.

The Swimmer in the River

Using Antonovsky’s metaphor of the swimmer, Quennerstedt argues that we cannot focus on the swimmer as if they aren’t in the river. The two are synonymous. We are always in the dangerous river of life. This metaphor forces us to ask two related questions: (1) how dangerous is the river?, and (2) how strong a swimmer are we? Importantly, we cannot see either of those answers as static. The river will be safer on some occasions and more dangerous on others. Equally the swimmer will feel stronger and fitter one day and weaker and less prepared on others. Health, in the metaphor, is necessarily dynamic. It is in a constant state of becoming and keeping our position in the river requires effort.

Going further Quennerstedt argues that while an Olympic swimmer in a stronger current may be further down river (closer to disease) than a half decent swimmer in gentler current (more towards ease) it is how do they, respectively, maintain their position that is important. “What is at stake in education is thus the kind of swimmer we are to become and the kind of river that is in the making” (p. 5). This approach asks question like “how do people stay healthy?” and “what can be done in this factory, school, community?” From the perspective of education and physical education Quennerstedt holds that we can “acknowledge questions about (i) strengthening the ability to swim, (ii) identifying the part of river the swimmer is in, (iii) placing swimmers in a different part of the river, (iv) teaching swimmers to swim to a calmer part of the river, (v) teaching them to change their part of the river, or (vi) changing the river altogether” (p. 5).

Quennerstedt spends some time exploring John Dewey’s notions of education and learning (which if you know Mikael is unsurprising) but I have skipped over that section and move ahead to the application of this to health in physical education. Dewey’s notion of experience leads Quennerstedt to propose that HPE should provide the conditions that ensure growth. These are not mass produced, one-size fits all conditions but something that is discovered by individuals through indeterminate situations. It is the relationship that is important, as with the relationship between the swimmer and the river. It doesn’t make sense to talk about the student and education in isolation.

Taking this idea further, and drawing on Dewey’s notion of ‘verbing’ nouns, the paper suggests healthying as a way of re-envisioning health in physical education that inspires different types of practice. By thinking in this way, Quennerstedt argues that when we combine Antonovsky (salutogenesis) and Dewey (verbing) we create the space to ask different questions; questions pertaining to “health resources or barriers for health development, and not…avoiding risk” (p. 10). We could ask why, for example (see Britta Thedin Jakobsson, 2014), teenage girls stay involved in sport rather than asking why they drop out. Alternatively we could ask questions about how to change the river. Therefore, instead of asking “How do we use physical activity to prevent obesity, future diseases and premature death?” we could ask “How do we use physical activity to strengthen people’s health resources?” Answers to the first question are focused on fix-it activities. In contrast, answers to the second question are about “movement capabilities, knowledge in and about different movement cultures, physical literacy etc” (p. 10).

Understandably, I have been forced to leave many of the messages from the paper in the paper. Put simply, it is beyond the scope and remit of this blog to do otherwise. My hope, as always, is to summarise some of the salient points and “whet your appetite” to reqd the paper yourself. Quennerstedt’s scholar lecture (alongside this paper) makes me consider my own pre-determined thoughts and perceptions of health. By healthying (i.e.verbing health) I am asked to reconsider what physical education might contribute to health education. To do this, and in summarising Quennerstedt’s closing gambit, we should consider what we are saying about health when we associate it with MVPA. When we consider physical education as a means to reduce risks and deficits we are thinking pathogenically. When we think salutogenically we put greater emphasis on the E in PE. If we can see health as more than a singular noun – i.e. as more than one thing – then we come to see physical education as a critical and constructive tool for reflecting and deliberating on health. Finally, when we ask salutogenic questions “we can create opportunities for learning health withchildren and young people”. Can we ask for more?

This article is the published as an open access paper in the Physical Education and Sport Pedagogy journal.