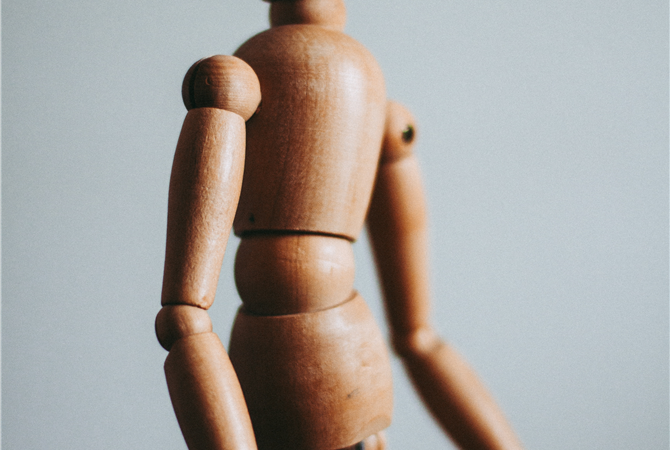 This single question (and multiple variations of it) is my million-dollar question. Ok, my couple of hundred dollars question but still something I get asked a lot. Especially since we presented an argument for model fidelity in MBP research.

My simple answer is no. Absolutely not. The starting point (indeed the finishing point) for any aspiration to improve our teaching shouldn’t be the textbook. To me, this suggests that there is only one answer and I fervently believe, in most of what I do, that there isn’t one answer.

I was teaching earlier this week and, to get a sense of how the students constructed or conceptualised the act of teaching, I asked one of them to teach the others in their group of 4 or 5 how to make a paper aeroplane (thanks to Vicky Goodyear for this idea). Despite the wholesale construction of teaching as telling, the huge range of paper aeroplanes that were made (even when they were copies of their teacher’s plane) was equal to the number of students in the room.

The sheer numbers of interpretations and representations of the paper aeroplane serves as a useful analogy for this blog. Every fold was different. When they were eventually thrown, every plane flew differently. Some noise dived within a metre of the builder/pilot while others flew and flew until they planted their noises into the far wall. When different people flew the same plane they too experienced different levels of success. No pilot managed the same results and yet different designs, with different pilots, meet with similar fates i.e. a nose dive or a face plant.

The bottom line was that each student (and plane) was based on the same concept but this produced massively different results. And it’s the same with MBP. There is no textbook version of any model. If you search on amazon (or other book retailers) or google (or other search engines) for paper aeroplanes you will find a vast squadron of possibilities. Some with six folds and some with thirty. Some which are designed to be fast, some to ‘go long’ and others to loop the loop. Fundamentally, though, there is no text book version of a (singular) paper aeroplane. Nor is there a textbook version of a table or a chair or a book or a pen etc. etc. ad infinitum.

The same goes for MBP.

That said, all of these examples seek to fulfil some purpose. They have objectives. A raison d'être or, in English, a purpose or reason for living. The purpose of a paper aeroplane – in my eyes – is to fly. It can look as much like an aeroplane as is possible but it if doesn’t fly or even, in the words of Buzz Lightyear, “fall with style”, then it hasn’t fulfilled its purpose.

In the case of MBP (or a model) its purpose is defined by you. Throughout this series of blogs, I’ve talked about finding a reason for using a single model or a multiple models approach. I’ve talked about realigning the pedagogical triumvirate of teaching/coaching, learning and knowledge in context and deciding what you want (a) to teach, (b) your students to learn, and (c) what knowledge is valued in your classroom/gymnasia. And not always in that order. I’ve asked you to consider which of these three things dominate your thinking/practice. Do you always teach the same way? Do you always teach the same things? Do the same students thrive or just about survive in your lessons?

The danger comes (or perhaps ambiguity or worry or concern might be better terms) when teaching is undertaken in the name of MBP that hasn’t asked pedagogical questions.

Matt Curtner-Smith, Peter Hastie and Gary Kinchin wrote an important paper in 2008 that argued that pre-service teachers interpreted and delivered Sport Education in one of three different ways: full version, watered down version and cafeteria style.

Whilst this paper gave us a vocabulary through which to view MBP implementation I don’t think the idea of full version did the field any favours. It always suggested to me that there was a textbook version and I don’t think there is. There is an aspiration to adopt and adapt all of the important aspects of a model into the local context/curriculum and attempt to show fidelity. But there isn’t one version.

That said, the notions of a ‘watered down’ approach (in which the teacher uses the model i.e. SE, purely as a means of increasing competitive play); or ‘cafeteria’ (when teachers select what they want to include in more traditional units of work and ignore the rest) (Curtner-Smith et al., 2008) are useful. Calling something Sport Education or Cooperative Learning just to increase competition or cooperative isn’t, in and of itself, adopting a MBP approach. It becames much more about the name and less about the details. It’s like sticking a new body kit on your Ford and calling it a Ferrari. Saying it’s a Ferrari doesn’t change the fact that it’s a ford.

The cafeteria approach is better than a watered-down approach is it is (in my eyes) aspirational i.e. a move towards MBP and fidelity. It is a chance to ‘cherry-pick’ certain aspects of a model and begin to change practice. Absolutely. Go for it. However, there is also a worry that it’s just a better version of car rebranding (or in this case curriculum rebranding) and this it doesn’t help it to be pedagogically sound.

Ultimately, it’s not for me to say when a model is model. I’m no expert; especially when it comes to your teaching, your learning and the knowledge you wish to prioritise. That’s why you’re the teacher in your school. That’s why parents trust you with their children. Make pedagogical decisions but be honest with yourself. It’s as much about the journey as it is about the designation, and the most difficult step to take is always the next one.