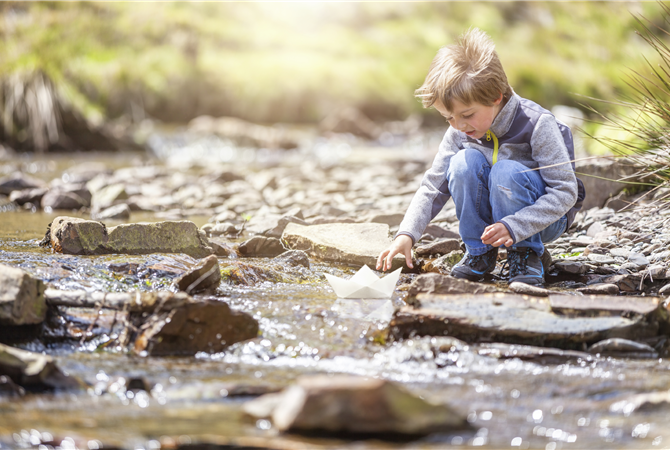 Memmert borrows the words of Sidney Crosby, a twenty-three year old hockey player, to try and explain how some players have the uncanny ability to think two or three moves ahead. Crosby seemed to describe tactical creativity when he said “it’s not the ability to see where everyone is when you look, (but) where everyone will be if you buy some time and hold the puck for another second”.

Getting players (and therefore the young learners) to think in this way (i.e. divergently) requires us to think different ourselves about how we teach and/or coach. It is “through the development of versatile and sometimes extraordinary solutions, named divergent tactical thinking” that we firstly recognise and then begin reconsider how we might teach or coach team games and racket sports. Memmert’s aim in this chapter was to synthesise the research around tactical thinking (generally) and tactical creativity (specifically) and then ‘unpack’ the different ways we might use this information to help us to teach/coach. Specifically Memmert draws on three theoretical models (the dynamical systems theory, the implicit learning approach, and tactical transfer research) to offer us some understanding of how “variable learning conditions” can help young learners to respond creatively and not just appropriately.

The dynamical systems theory – This model is built on the work of Kelso and colleagues in the 1980s and suggests that there are a variety of tactical solutions to any given situation. Indeed the most essential aspect of this theory is the fundamental link between tactical creativity and “multistability”. Multistability “is defined as the existence of more than one solution to a goal for the same set of constraint values”. Put more simply, there is a degree of freedom that allows players to make different decisions and enact different responses in the unstable environment of team games and racket sports. In other words, there is no best way or one best solution there is, instead, “multiple action options” that sometimes lead to “novel products, unique compared to previous [a player’s previous] solutions”.

The implicit learning approach – This approach suggests that explicit learning has been developed to “help people undertake fast and effective training in order to understand and store new content in a more effective way”. This is a system that is influenced by an intentional and deliberate attempt to acquire knowledge and is the system more commonly used in schools i.e. rote learning. It is a conscious thought process that requires the instructor to get the learner to deliberately and consciously think about, in this case, the game. In contrast, implicit learning – such as a baby learning to walk or a child learning to speak her native tongue – is not something that can be deliberately thought about. Memmert suggests that the results of implicit learning are hard to verbalise, very stable (like riding a bicycle), unconscious, require less attention or focus, are often incidental, and are not limited by any capacity to recall things. If this is applied to games (team or racket) then we come to understand that we often make decisions based on what we expect to or hope to happen rather than conscious and/or drawn out thought process.

Tactical transfer research – “cognitive-tactical transfer” can occur between different types of games. For example , when we are able to identify opportunities to pass players in tennis we might also learn to pass defenders in invasion games and create scoring opportunities for our team mates. Put differently, problem solving in one game helps with problem solving in another. Such a connection, Memmert argues, means that to solve a situational dilemma it is illogical to separate technical and tactical training “Therefore, motor skills are understood as a function to achieve specific, tactical goals. Without technique, no adequate tactics are possible. Without tactical knowledge, the use of different techniques will occur by chance”. Consequently it is important that young players learn skills in relation to specific situations and not for the sake of learning the skills themselves.

While the direct connection between there three theories might not be obvious (it wasn’t to me on my first reading either) Memmert goes on to argue that variability in learning and learning environment rather than monotony has the biggest impact on retention and longer term performance increases. Accordingly there is a need for a variable training programme in which the context changes regularly as this makes the task more difficult and requires larger information processing efforts. Memmert argues that, “constantly changing tasks under random conditions lead to processes of forgetting, which have to be compensated by cognitive effort”. In short randomness leads to lower initial acquisition but higher retention when compared to practicing tasks in a set order.

These findings lead Memmert to initially advocate for a “differential learning” approach and then (as mentioned in Blog 128) he proposes his model for a “teaching model of the tactical creativity approach”. In the remains of the blog I will touch on differential learning before exploring Memmert’s model.

In presenting differential learning Memmert argues that “human beings never perform two identical movements, but they are astonishingly able to cope with new situations”. Put more simply it seems that the largest learning steps are taken when learners have to “newly adapt to given situations”. Given the variability in sport – where the number of participants, ground, weather, score etc. etc. continuously change – it isn’t hard to see that players are always asked to cope with new situations. So why are our practices and rehearsals so measured and controlled?

In contrast to this “differential learning includes the targeted application of different motion sequences with a large deviation from the later performed “ideal” movement, and avoids repetition of “identical” motion sequence”. Such an idea flies in the face of the idea that “perfect practice makes perfect”. Differential learning, in practice, is based on three principles: (1) individuality (different people can achieve the same results with different techniques – so let them), (2) repetition without repetition (don’t repeat the same exercises and avoid the conscious attempt to perform two identical movements), and (3) maximal variation (keep changing things up).

Deliberate Play and Deliberate Practice – the principles of TCA indicate that “children should act in relatively unstructured game forms which include sudden changes of environment. As children and young people develop the units could become increasing structured with a focus on sport-specific performance.

Deliberate Motivation – takes into account the idea that it is “possible to consider instructions that cause certain motivational moods in children”.

Diversification – The goal of diversification is to challenge the students – unconsciously – to “come up with new ideas and solutions for different situations”. The aim is to foster an understanding of the difference between desired action and desired outcome.

1-Dimension games – Memmert bases his ideas for 1-dimension games around the notion that “fostering creativity requires the integration of error learning, implicit learning, and some aspects of differential learning”. `These games are designed so that the constantly change and the actions of player A change the actions of player B and so on and so forth and create co-adaptability.

Memmet concludes the chapter by suggesting that, “in order to generate decision possibilities and original solutions, a player must be able to perceive all the pertinent information form his/her environment (e.g. the position of teammates and opponents, players emerging unexpectedly etc.) and take it in to account in his or her action plan”. In other words while a player might be all set to pass to player B a last moment realisation that player C is becoming unmarked should create a change in decision and a change in action but, perhaps, with an unorthodox pass.