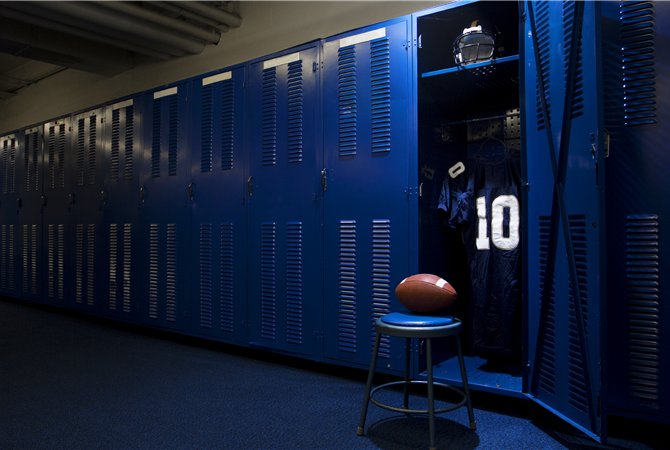 The “toxic jock” is a story that is frequently told in the media. It is one of oppression and belittlement and it remains an easy tale for storytellers (be they journalists, academics, practitioners, or “Joe Public”) in many fields to tell. Such is the prevalence of this story that it has been dominant in physical education year-on-year and has been on a repeat cycle for decades. Much like the message in society about the importance of “on-the-job” learning, so the idea of the physical education teacher as a megalomaniac purveyor of “crime and punishment” has gone unchallenged.

For those of us who work in the field we don’t often recognise the “toxic jock” in our own schools or gymnasia and yet others frequently see (or saw) this figure in their own experiences of physical education. The comment box on any online newspaper article about physical education stands as a grave testament to other people’s experiences of subject leaders in different schools and for both female and male teachers. Truth be told we have probably met or know of someone (through the grapevine of course) who edges towards this archetype and yet we don’t know ‘him’ or ‘her’ in ourselves. The question is then “how do these ideas persist so readily?”

To expose the general misconception of this stereotyping is difficult, but so is the job of exposing the frailty of the previously unchallenged power of ‘on-the-job” training. Indeed, and as Rossi and colleagues wrote in their first chapter, you would be a lonely voice if you were to argue against workplace learning and, in all probability, you’d open yourself up to an accusation of cynicism. And yet this is exactly what Rossi and colleagues set out to do. They set out to remove the rose-coloured spectacles that we all wear by asking students, and the early career teachers they became, about “the nature of their experiences in environments that…range from [those] highly supportive and committed to the task and roles of teacher education to the outright hostile”. In the act of asking and then recording the telling of these stories, however, the researchers were playing with fire. The performance of these students and the relationship between the university and the schools (and the mentors therein) were both at stake.

Any situation where the ‘truth’ is opened up to scrutiny should come with the label “proceed with extreme caution”. Airing “less than complementary tales, or even horror stories from practicum experiences would not bode well for the university’s future relationship with such schools” nor would it positively impact on the self-same students’ employability. From the students’ perspective, any negativity they expressed toward others in the school could have impacted on their final grading with regards to their perceived suitability to teach. Furthermore, the voice of academics (‘in their ivory towers’) has often been seen as a disparaging one so why would another set of such stories be treated with anything but derision and scepticism? The stakes, for all parties, were high.

To help the reader connect with the tales that the researchers sought to tell there needed to be a very real sense of authenticity and trustworthiness. The choice to use a case study approach was made so as to “create nuanced, rich portrayals of life in schools”. Rossi and colleagues’ role was not to mix up the stories of the participants with their own stories nor with the dominant and enduring stories of the field (stories such as those of the “toxic jock”). Instead their job was to “get close to the subject of study” while acknowledging the limits of their work.

They chose to do this by not “physically enter[ing] the pre-service and beginning teachers’ schools and staffrooms in the capacity of researcher”. This decision was reached so they could maintain and develop “a sensitive, supportive and trusting relationship with each participant” beyond the research. The participants needed to feel safe to tell their stories “without concern for negative consequences within the staffroom and school”.

Using methods such as interviews, photo elicitation (i.e. photo’s to prompt discussions), focus groups and ongoing correspondence via email and Facebook the researchers sought to better understand “school HPE departments”. While it would have been easy to assume that they were researching “emerging teachers’ learning in work-integrated contexts” the focus was more on the department than the young teachers. In this way, and in reading this series of blogs going forwards, it is important to understand that the cases are “those [of the] departments that the pre-service teachers, and then later the beginning teachers, were in”. They are not, therefore, about individual people but about individual spaces.

In reading these narratives you, as the reader, are invited to share in the “emotion of human experience” that was encountered in these spaces. Specifically you are invited to “explore how pre-service and beginning teacher subjectivities might be constructed through workplace relations within the context of the departmental staffroom.”

It is important to note, however, that while these stories were lived chronologically they are not ‘told’ in the same way and nor are they complete. Indeed, while these stories follow a cohort of final year students from their last practicum and through into their first year of teaching they are recalled, and inevitably retold, incompletely. It would have been easier, perhaps, for the researchers to fill in the gaps from the knowledge they had of the schools, the teachers and the research. Consequently they (the researchers) do not tell “the fullest possible story” and they acknowledge that, “each successive telling was different from the previous”. In many ways it is not the detail that is significant, however, but the “need continually to interrogate and find strange the process of representation as we engage in it”.

If the stronghold of the practicum is to remain then it must do so from an informed position and one that moves beyond expectations and aspirations. “On the job” learning should be maintained and enhanced because it acknowledges the shortcomings and strives to overcome these. To assume, they say, is to make an ‘ASS’ out of ‘U’ and ‘ME’ and yet isn’t that what we have been guilty of? Many students and the teachers they become talk about the huge positives they got from school-based learning but some come onto teacher education programmes despite their own experiences of physical education. How must they feel if they experience ‘more of the same’ in the staffrooms that dominate their early years?

We must not assume that the practicum is always a good thing. That said we must also have vehicles to challenge and enhance the experiences of all those who come into physical education – be they aspiring and impressionable teachers or children and adolescence. Rossi and colleagues find such a vehicle though their engagement with their students but as with many things in education we must all play a role. As a teacher educator I am responsible to my students learning as you, as pedagogues, are for yours. Ultimately we must ask and find answers to questions that lead us to find answers and not just to ASS U ME.