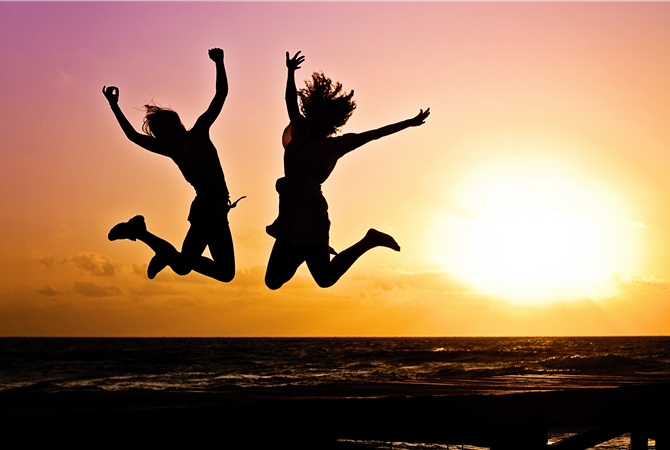 In the previous blog I explored a twenty-year old argument that “if it ain’t broke, don’t fix it” approach to programming in physical education isn't viable. It is, instead, a call that takes little account of the thousands of kids who leave school every year with no intention of going near a gymnasium ever again in their lives. Drawing on the ten ‘rules’ of changing practice in schools and applying them to Physical Education Larry Locke investigated the enablers and constraints of change and, in an argument that holds as true today, asked physical educators to consider what their kids are telling them: maybe not with their voices but certainly with their feet. The discussion centred on which are the big ideas that we can change or is the devil in the detail so to speak? Whatever level you decided the think, act or change please rememebr that the input of the students is vital in any meaningful change.

In this week’s blog I explore the concept of ‘habitus’ and the idea that human movement is not an individual concern but is instead developed through societies, cultures, and traditions. These ‘techniques of the body’ - as Mauss (pronounced Mouse) describes them - mean that an Egyptian ‘walked like an Egyptian” because that is how s/he learnt to walk from the day he or she could walk. The expression “when in Rome...” has new meaning when seen through the ideas that Mauss presents in this paper. He argues that, in fact, a spade isn’t a spade; at least a French spade isn’t an English spade and both require different techniques of the body to wield them effectively. A technique that needs to be learnt.

In the summer Olympics of 1968 one man changed the sport of high jumping and turn a flop into a revolution. Before Dick Fosbury dared to try something different others had employed the western roll, eastern cut-off or scissor jump to win Olympic medals. Even during the high jump final in Mexico, Fosbury’s new way of jumping was seen only as a novelty; until he won gold. Forty-five years later and the other jumps are now only taught to kids as novelties themselves; as antiquated ways that people ‘used’ to use the high jump before Fosbury’s name and jump became synonymous with the sport and was seen as THE only way of doing it. Yet, it could argued that before Fosbury there were idiosyncratic ways of jumping and yet after him, and for nearly half a century, the sport of high jump has stopped innovating. I taught the Fosbury Flop for fifteen years and I remember being taught it myself at school in the 1980s (indeed I still have the scar on my knee where I landed on the triangular metal bar and cut myself open).

However, High Jump’s master’s inventor seems to be the exception and not the rule. Mauss (pronounced Mouse) argues that when natural science make advances it only ever does so in the direction of the concrete and of the unknown. In other words, Mauss held that the unknown is found on the frontiers of science where the science of certain facts have not yet been reduced into concepts and are still labelled as ‘miscellaneous’. This frontier of current ignorance is where “there are things to be discovered” because we know that we are ignorant and more importantly because we trust in the quality of the facts that we have at our disposal. This is the space that Fosbury occupied and yet, perhaps, as a consequence of his efforts no one has since sought to change high jump as he once did? To me this seems like position where we all stand now as physical educators and as coaches. At least it is the position where we should stand at the end of every lesson, unit, season or year when we prepare for the next. What do we know that we didn’t know before? What are the hard facts of practice that we have experienced but are yet to sort in our own mind? Do we trust the quality of the facts that we have gathered over time - since we left school or university or our last job, last unit, last lesson? Do we have the confidence to make a significant change? Have we let a ‘Fosbury’ come into our school - into our subject area even - and lay down one irrefutable fact that says that THIS is the best way to teach? Or you will only get the results you seek by teaching this way? Dick Fosbury was an innovator who transformed his sport and he has THE jump named after him. Perhaps Dilshan’s name will go down in history as the man who found a way to exploit the significant space on a cricket pitch behind the wicket-keeper. These are people who changed the rules by working on the frontier of knowledge and science and making the unsorted facts work for them. Can we do the same with our teaching? Coaching? Our students learning? Indeed is this how we learn to be better at what we do?

Mauss’s main contribution to the field of education was his modern reconceptualisation of Aristotle’s notion of ‘habitus’ to represent ‘techniques of the body’ that varied not just between individuals but between societies. What he argued was that different cultures - and the societies they harbour - had different ways of doing things. As these ‘techniques of the body’ are bigger concepts of movement than can be contained within an individual, Mauss argued that they were bigger than the habits or customs of an individual. In other words, having a bad habit i.e. using too much “bottom hand” in cricket or sticking your elbow out when you shoot in basketball, was a personal habit while habitus was something you were trained to do. It’s like telling someone where to go. In England we give two fingers to them but that is a cultural thing that may have spread through the commonwealth but not beyond. Yet, it’s origins are centuries old and most people have no idea where it comes from they just know that it is rude and dismissive. However, it is only effective against someone else who knows what it means and therefore it is a traditional insult.

Mauss suggested that children in a society go through the same education (not to be mistaken with schooling although this does form part of their education). The child is taught the art of using the human body. S/he imitates the actions of adults that have succeeded and which s/he has seen successfully performed by adults who have authority over them. The individual, in the words of Mauss “borrows the series of movements which constitute it from the action executed in front of him or with him by others”. S/he sees the successful action as being a) ordered, b) authorised and 3) as a tested action. Such techniques of the body are therefore both effective and traditional.

While this is an abstract idea, Mauss explores it in great detail by looking into an array of different techniques of the body. He explores the cultural traditions around movement that, while seeming alien to outsiders, are as natural as natural can be to those educated by and within the culture. He starts by exploring a personal experience in the First World War - digging. Mauss suggested that English soldiers couldn’t dig with French spades and that the French couldn’t dig with English spades. The consequence was that 8,000 spades had to be replaced any time a French brigade replaced an English brigade, and vice versa. He goes on to explore techniques of the body like jumping, climbing, decent, swimming, forceful pursuits (like pushing, pulling, lifting), eating, drinking, reproduction, massage etc.

Looking at his idea from a physical education or coaching perspective, and exploring an activity like swimming or running, it is clear to see how things have developed over the years. Mauss was taught to run with his fists held tightly closed and close to his chest and was taught to swim breaststroke by swallowing and spitting water. Neither of these ideas survived into his adulthood let alone to the modern day. If this idea is taken to another level then we can consider running. Those who learn to run barefoot and to run for a purpose other than personal fitness run differently to those taught to run in cushioned shoes. Those who live in the mountains, and who are required to ascend or descend hilly terrain every day do so in ways that city dwellers couldn’t imagine - unless they practice parkour (although Mauss wouldn't know what this was).

Mauss also held that techniques of the body were dependant on age and sex. Boys, he said, threw differently to girls. Men punch differently to women. All of these occurred as a result of training. Birthing occurs differently in different countries (standing up or lying down), as does weaning which in turn affects how long a child is carried for and when they learn to walk. How we sleep (on a bed, the floor, in a hammock, on a horse, with or without a pillow, standing up, on the end of abyss. When we dance. Is it to court. Is it before war like the Maori and other polynesians? Is it close together? In hold?

All of these movement are ‘techniques of the body’ and it is thanks to society and not the individual that they exist in such diversity. Yet the ‘westernisation’ of many societies means that technique is becoming homogenised or is experiencing McDonaldization. Just like high jump has been ‘flopped’ so other movement run the risk of being standardised. Is this the same with teaching and coaching? THE way doing is the only way. So next time you look to coach ‘out’ those cultural movements give a thought to what you are doing.

So when you next come teach for example, the High Jump, will you tell and teach the students the technique for the Fosbury Flop – following the habitus of physical education i.e. teaching the same technique and the same skill – or will you encourage your students to be the innovators and create movements that allow them to move over the bar. Is the technique important? Indeed, for every student is the technique of the fosbury flop their best way of doing it? Is Dick Fosbury’s legacy that everyone will do it his way and no one will innovate?