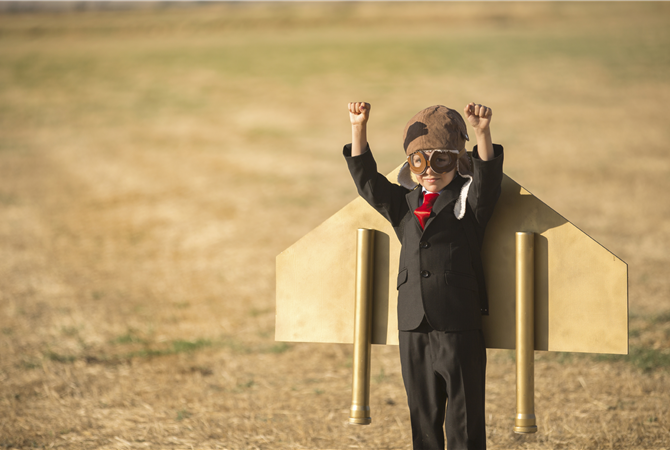 In the previous blog I explored how, in the summer Olympics of 1968, one man changed the sport of high jumping and turn a flop into a revolution. Before Dick Fosbury dared to try something different others had employed the western roll, eastern cut-off or scissor jump to win Olympic medals. Yet, forty-five years later and these other jumps are now only taught to kids as novelties. However, the blog also argued that before Fosbury there were idiosyncratic ways of jumping and yet after him, and for nearly half a century, the sport of high jump has stopped innovating. The discussions revolved around giving students control over what they learn but trying to do this using the Goldilocks principle i.e. not too much, not too little but just the right amount. In this way we would stop dictating to them and instead act as guides.

In this week’s blog I explore the idea that sports and games are not things we do to ‘escape’ life or something we do just after work in our social time. Instead play should be seen as a central focus in both adults’ and students’ lives. Flipping the metaphor of ‘work to live’, this paper considers that instead we should ‘work to play’ and that everything we do allows us the time and resources to play. This blog asks you to consider “what is play?” and then suggests that play is not solely competition focussed on winning and losing. Instead the blog argues that there is a moral imperative for play to be seen as means and not an end. In other words, that it is the action of playing rather than the result of having played that is important. It is this is that motivates us to play. Winning is not as gratifying unless there is a chance of losing; nor is it worthwhile if you cheat.

We need to flip our understanding of sports and games - and therefore physical education - if we are realistically make a case for it. Currently, we suggest that games and sports are a break from the daily grind of having to work in order to put food on the table and clothes on our backs. Yet in this discussion, the food and the clothes are the important things and sports and games are not. However, if we were to make the argument that we work only to allow us the time and space to play then we have a different type of relationship with sports and games, and physical education. If playing games and sports were given increasing intrinsic value, and we acknowledge that work for the opportunity to play rather than playing when work allows, then we could make a stronger argument for sports, games and physical education.

Looking at it from the current perspective, when ‘we’ are asked to justify the place of physical education (or as it is increasingly called ‘games’ and ‘school sport’) the argument is often based on developing young people’s health and fitness, it significantly contributes to their motor learning and it encourages social cooperation. In this way PE is seen as being important within our everyday lives and yet the most important things we do in our everyday lives is secure our survival and well-being by going to work to earn money and limiting the time when we leave school to engage in physical activity. In this way sport, games and PE are seen as being a derivative of our wider aims which are to enhance our daily lives. For example, health and fitness means that we are better workers who have longer working lives and take less sick days. Social cooperative means that we are a ‘team player’ in the workplace and we contribute to the collective good. These are all laudable reasons why physical education plays an important role in society and our cultures, but they are second rate reasons that focus on how we function as human beings that suggest sport and games allow us to work and be better citizens, even to live longer.

Yet, let's flip this argument and let’s say, we do what we have to do in order to do what we want to do i.e. we go to work in order to play. Indeed, work for example provides the resources (i.e. time, money, equipment etc) for us to pursue our goals. For this argument to be possible however, sport, games and PE need to have intrinsic value and be intrinsically satisfying and this is where we often fall down. In this paper Morgan argues that there is a difference between playing and Playing  For example playing, with a small P, is about performing or operating i.e. to play a musical instrument, while Playing with a capital P is about valuing the ends in themselves and opposed to the means of getting there. Morgan uses golf as an example to explain this idea. He suggests that the end point in golf is getting the ball in the hole in the least number of shots possible. This could be achieved by hand-carrying the ball to the hole and stuffing it in but the means of getting the ball there is where the intrinsic motivation or satisfaction lies. So I guess the question is where is the same intrinsic satisfaction in a passing drill? When passing is decontextualized, and the game and the defender is removed, then it the Pass (to use the same analogy) is the end that we seek and it ceases to be the means of getting there. I have spent many hours of my life in passing drills and the only reason I did it was because I saw it as ‘something to get through’ so I could Play the game. Others had no interest (or intrinsic motivation or satisfaction) even in playing the game and yet they had to ‘get through’ the passing drills and the games. So it seems reasonable to suggest, and using Morgan’s argument, that drills have not intrinsic value – are they playing?

So when you consider you next practice or lesson think about which way your argument goes. Do you work so you can do what you really want to do? Or do you use sport, games and PE as a break from work? After all, that is what many kids say that they do...

In his discussions around the philosophy of physical education Morgan examines the argument as to “why physical education should be included in the curriculum.” In other words he questions what is its educational value? He argues that for physical education to be valued it needs to be the end and not the means to the end. In arguing for PE, as a health and fitness class that helps people develop their motor skills and be cooperative, we make PE compliant to the greater goal of being a competent worker. In contrast, Morgan argues that sport, games and PE are among the most important and serious of human activities then we reposition physical education as a meaningful and different type of subject.

Working is about doing things as efficiently as possible. Sport, games and PE are actually the complete opposite. Take the golf example above. Carrying the ball to the hole would be an instrumentally better way of achieving the best score, but to do so takes away the intrinsic value of the sport. It takes away the value of the activity and this is where the field of philosophy in physical education has lost out to the philosophy of sport. Morgan argues that where the philosophy of sport has focused on ethical issues and moral issues, philosophy of physical education has focused on the idea that educated person should not be reduced “to a capacity to wield propositional knowledge, but [should also have] the ability [to] suffuse one’s intentions and actions with aesthetic, moral, and practical know-how, and to provide pleasurable experiences that people regard as intrinsically worthwhile”.

A number of curriculum theorists in PE have already explored this idea. Siedentop (the ‘inventor’ of Sport Education) has argued that for moral virtues like self-discipline, humility and sensitivity to become a part of youth sport it would have to change or completely transform its practices. Yet we also need to rethink our approach. Competition is seen often seen as a negative, “winner-takes-all” mentality where the winning is more important than the cost. It is egotistical and self interested where the win is the exclusive possession of the player(s) who won. But if we consider it as a mutual quest for excellence, where competitors must cooperate if there is to be a contest at all and where my opponents, in the words of Morgan, “provide the challenge against which my athletic ability is tested” then we get a different conception of competition.

If we hold that educationally children should be taught, through sport, the moral virtues of fairness, honesty and a sense of justice then practitioners and philosophers alike need to engage in a “no holds barred critical depiction” of sport, games and PE and use these debates to find new ways of redesigning these activities or school subjects.