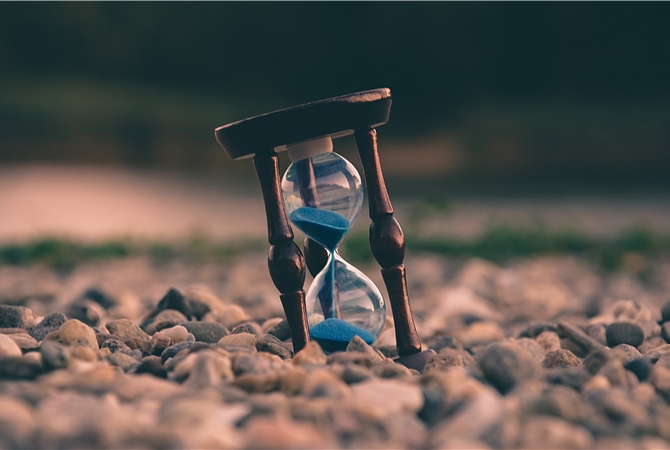 Photo by Aron Visuals on Unsplash
If it’s said enough times does it make it true?
Written by Ash Casey on 07 Dec 2018
1755 Words


Two weeks ago I explored Fernández-Balboa’s (2003) paper about physical education in the digital age. He suggested that as a profession physical education needs to stop turning a deaf ear to the experiences of the disenfranchised students in our lessons, stop accepting the incidences where ‘isms’ are allowed into our lessons and our schools and find a way of educating every child rather than schooling them. This would call for a radical reform in the practices that pervade our schools; a point that was taken up in the discussion on the blog. Many felt that we give too much responsibility to ‘the next generation’ of teachers to be ‘the change’ rather than working from all angles. Roll out the ball (ROB) specialists - or maybe ROBers for short as they deprive so many kids of meaningful experiences - cannot be challenged by the next generation but need to be faced full on by those around them who know of their practices and yet condone them through their inaction.

In this week’s blog I explore Gard and Wright’s 2001 paper which seeks (or sought) to challenge the wholesale acceptance of “obesity” as an epidemic. They are concerned with what they see as physical education’s uncritical acceptance of ‘expert’ testimony as to the existence of obesity - testimony they believe to be based on scientific evidence that was both “unstable and contestable”. Their biggest concern was the potentially unethical and frequently uncontested acceptance that obesity was a matter of health. As such a “healthism” approach in physical education could addressed this issue by ‘righting’ the energy in/energy out equation through vigorous exercise. In this way physical education (in a wider battle for legitimacy) is able to position itself as one of the best places through which to address these concerns.

The core argument in this paper to me was that we have been uncritical of the debate around obesity and too accepting of the notion that by increasing energy expended beyond that consumed we are encouraging “healthy living”. As an academic I was also made aware of both the tag of “expert” that is often afforded to someone in my position and the job that I do (as I am now) in filtering the information and research that I read to suit the argument that I am trying to read. What Gard and Wright do particularly well is challenged this notion of expertise and warn against “headlines”. In a recent lecture I explored the differences between news headlines and published reports and ask my audience to be sceptical of what they read and to take opportunities to consider themselves the story behind the news. In many ways we are too accepting of what we are told and too quick to jump on the bandwagon of popular opinion. I feel that this blog points squarely at the idea that we’ve got to get our own thinking straight before we can act around sensitive issues and that needs - somehow - to be supported by our own learning and critical discussions. In this case words and ideas (in the first instance) speak louder than actions.

In taking on messages from the press and popular opinion - in other words in listening to what the fabled “they” have to say and taking this as fact - we are left with little more than a headline knowledge of key issues that affect us. Gard and Wright were reporting at the turn of the century and yet they were also voicing their concerns at a time when the obesity crisis and the battle of the bulge were first being talked about. Drawing on key research at the time they showed how key messages of confusion and doubt - indeed of mixed and conflicting findings - were buried behind the headlines. Furthermore, they showed that when one person cites the work of another and holds them up as “expert” that often do this to make a point. In this way the highlights often emerged, as did points of emphasis that supports the cite(ers) point. Yet at that juncture the limitations and concerns are often edited out. It is easy to see this happening and yet in acknowledging this I must also take the words of Gard and Wright with a large pinch of salt. It seems likely that in their own citations, and in an effort to make their own point more forcefully, I am positioned to see them as “experts” in their own right.

What I am left with is an inquisitive, yet sceptical opinion on obesity and the place of physical education in solving this so called “epidemic”. I am convinced by the authors to widen my reading and take this (and other messages) with a pinch of salt. The BBC recently based a lambasting of physical educationist in the UK for their apparently sedentary practices on a report that, in my opinion, they selectively and cynically cited. These ideas seem to be based on a belief that through moderate to vigorous physical activity (MVPA) kids would simply be “fitter and healthier. On this occasion, instead of accepting this interpretation I took the time, before passing comment, to read the report for myself. However, I am not always that thorough. So I guess my questions are: Do we take too much as “fact”? Are we too willing to accept the word of the “expert”? and have we simply accepted the idea that Physical education is best placed to address issues of obesity? Finally have we failed to consider what is being done in physical education lessons by the ROBers in our midst?

In their opening gambit Gard and Wright suggest that physical education is always associated with improvements in health. Under various ‘incarnations’ and through different “waves” (to borrow a term from the last blog) physical education has been increasinging concerned with fitness. This might be in preparing the armies of the empire on the fields of Eton or measuring weight, body size, shape and fitness under the guise of Health Related Fitness (HRF). Throughout this process, Gard and Wright argue, little regard has been given to the ‘messages’ that this type of monitoring suggests about bodies, weight and normality. Physical education - while compliant in delivering these messages - is not to blame for the irrefutable link that has been made between inactivity and health; nor in the development of “lifestyle diseases” which are ‘triggered’ by being overweight or obese. Gard and Wright do hold, however, that Physical Education has been an uncritical supporter of the equation exercise=fitness=health and has voiced concerns that “overweight and obesity are key risk indicators of preventable morbidity and mortality”.

While Gard and Wright do not hold Physical Education responsible for the production of the obesity discourse they do suggest that, in seeking legitimation as a school subject, it has ‘profited’ (my word) from making unethical links between PE and Obesity. In our efforts to avoid risks or ‘bads’ (things that aren’t good for us) we have come to rely on experts who (a) are a crucial focus of our trust and (b) claim knowledge, expertise and an ability to control that which is out of control. Yet Gard and Wright suggest that, in the case of the obesity crisis, those involved in investigating the field may have claimed “a level of expertise to which they might not be entitled”. They suggest that the “lack of certainty [that exists] about risks and populations seems to have been overlooked”. This in turn has had negative effects on the teaching of the subject. The cause of this ‘confusion’ has been the way in which biomedical research has been “appropriated” by physical education. Gard and Wright argue that in drawing on this research physical education has refocused and relocated it to such a degree that it loses its original complexity until exercise=fitness=health.

Instead of adhering to such a simple equation Gard and Wright argued that remarkable little is known about the causes of obesity and that increase in weight was neither universal nor uniform. Furthermore,obesity goes beyond energy intake and physical activity to include social forces that included race, gender and class. Most particularly, however, the authors were concerned that in building an argument and position for physical education on “shaky assumptions” had witness the development of a “healthism” and a “cult of slenderness” that allows for measurement and comparison, which positions the overweight as lazy and morally wanting and classifies people as normal or abnormal, good or bad, at risk or requiring attention. Furthermore it opens up children and adults to ridicule, harassment and public monitoring. Finally, they suggest that we have constructed certainty around weight, exercise and health where none exists, while failing to present physical activity to young people in a  way that they find enjoyable and therefore want to take part. Their take home message, and mine, is “what does it say about me if weight control is as simple as energy in/energy out and yet I continue to struggle with my weight?”

Think about findings of the paper – do they resonate? Use the comment box below to ask question, seek clarification, may be challenge the findings.?
Act on what you’ve read. What do you believe? Is this your responsibility or just something else to be put on your plate? Is there action to take? If so, what might it be. Based on this blog I feel that a greater emphasis on personal reflection may be needed. Furthermore I would welcome a discussion on what critical screening skills teachers need, and maybe this will create an opportunity to share holistic ways to address current issues in class.
Change what you do in response to your thoughts and actions? Is this a personal undertaking? Please let the community know about it.