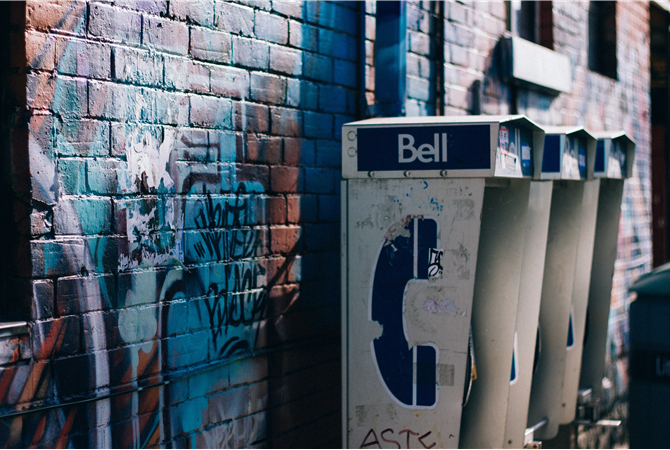 Photo by Bart Anestin on Unsplash
Class dismissed! Working in a classless society where class is an invisible determinant of success
Written by Ash Casey on 26 Oct 2018
1562 Words

Volume 1: The Nature and Purposes of Physical Education:

In the previous blog we explored Dodds’ idea that teachers (at any level) need to plan for more than one curriculum. Trying to understand and mediate for these different curricula - which privilege certain learning around such things as ability, gender, race and disability – is difficult and it seems that many of these curricula are either invisible or very hard to see. From our discussions it appears that the “power” kid may have an undue influence on what happens in physical education, and that perhaps we need to be more aware of others in our lesson. This paper builds upon the previous blog suggesting that while many politicians would have us believe that we live in a “classless” society there are significant inequalities that impact on our students’ experiences of school and of physical education.

We have dedicated a huge amount of effort to identifying cases of discrimination in our societies, schools and classrooms and yet one seems to have become a taboo: Class. We contend inequality in all aspects of our lives and yet despite these honourable intentions society is guilty of ignoring the construction of class. Many would argue that we live in a classless society where anyone has the potential to be upwardly mobile and can thrive on ability alone without the constraints of birth or class to hold them back. If ‘we’ do well at school and obtain the symbols of intelligence (i.e. qualifications and a higher form of education) then you are seen to have the ‘ability’ to succeed. Yet, as Evans and Davies discuss, class is not just something to be entered on a survey as a category, it is a reality that we experience and which influences social and economic relationships to such a degree that it goes a long way to determine, if not dominate, people’s lives.

Class is value orientated. In a number of societies (Indian and Japanese for example) class or caste has significant influence on people’s views of ‘others’ as more or less valuable. Equally, in a society where it’s about “the cha-ching cha-ching and the ba-bling ba-bling” what we wear and carry is significant. This is equally important in physical education and coaching where the latest football boots mark you out not only as being of potentially high ability but also being advantaged. There is a significant relationship between gender, class, and ethnicity, and health, longevity, opportunity and wealth and these are reinforced through the saturation of messages that appear in government agencies and the media (TV, websites, magazines, books).

Evans and Davies believe that PE is guilty of making promises it just can’t keep; promises that different governments are quick to endorse. In the UK the role model for sporting success is private education. Why? Because more London 2012 Olympic champions were educated privately than those educated in state schools. Furthermore, according to the UK’s current Education Minister, competition should be at the centre of physical education. Through these agendas physical education will continue to “flatter to deceive”, as while some are suited to a model of competition and elitism, many kids cannot succeed under these conditions and consequently will never receive the education they need and deserve.

Such a blinkered view of physical education, and the antiquated notion that it is better on the playing fields of Eton than Etone, move beyond the idea that good practice not class needs be to recognised. It also assumes that the messages of elitism and excellence are appropriate for everyone. Instead, we should be considering that changing attitudes towards food and exercise gender and race which are major influences in the lives of many children. Furthermore, it suggests that opportunity, resource, obligation and responsibility need to be afforded to more people and that matters of access (the sort bought with a disposable income) also need to be considered. We are told that class is no longer an issue and that we have made progress and yet why with so much progress have we made so little change?

Evans and Davies are convinced that class still matters and that it is inscribed in formal education. Yet class has been sanitised. It has been obscured. It has been replaced with a language of ‘lifestyle’, ‘partnerships’, ‘disadvantage’ and ‘social exclusion’ and as a consequence inequality in education is rarely named as ‘class’. It has become “an add-on with other critical social categories [like] race, gender and age” but, as Evans and Davies argue, it is much more than that. “To look at gender, age, or ethnicity, among others, without mention of class is like talking of football without mention pitch dimensions, size of the goal mouth, or the weight of the ball.” Being classed is the reality for many people, one that affects their prospects, impacts on their social and economic relationships and in all likelihood will have a “strong influence, if not determine, people’s lives”. Ability (to earn, to contribute) through the lens of class “guide our views of ‘others’ as of more or less value; and led us to pass judgement on their food, drink, clothes, houses, shapes, the way they threat their children, and even their pets”.

However, despite the idea that class is no longer important there are some hard to dispute facts around health, longevity, opportunity and wealth that “have a powerful bearing on people’s lives”. For example, the one ‘fact’ that sticks out from obesity research is that the “poverty, class and income over and over again emerged as key determinants of obesity and weight related disease”. Indeed, Evans and Davies went on further to suggest that class is the most “important determinant of opportunity and identity, both in and outside school”.

Evans and Davies argue that we have moved away from educating the children in front of us and have instead tried to educate their future selves. “Participation rates” and “lifestyle choices” have become the measure of success rather than giving our attention to the ability of our practices to produce the desired or intended result. The notion that high quality PE could be measured in terms of the number of hours rather than the quality of provision and learning seems to be in keeping with this argument. In this way people are faced with the fact that “we (he or she) are what we are (fat, thin, rich, poor, etc) because that’s what we have chosen to be”. Therefore we need to make different choices.

Evans and Davies strongly advocate the need to understand the complexity of “class reproduction”.  The problems that we need to identify with are that, for many groups, it is not just a case of gaining recognition (as we see from the success of women’s sport), it is a case of redistributing opportunities, resources, obligations and responsibility to these groups so that they can take real advantage of this recognition. It is the power of the message that we see on our televisions and in our magazines that strongly influence – and in some cases rule – the lives we lead.

So what is the place of schools? Education and not weight control should “be the driving concern of a culturally enlightened physical education”. We do not judge religious education teachers on the number of people who go to church or the mosque but ask children instead to known the different ideas that exist in and about both. Physical education should therefore be about educating children rather than their projected identities and should be about leaving as many children as possible “with a lasting desire to be fit, stay healthy, develop and learn.”

I ask you to consider how the messages from TV, magazines and even social media influence your practice and your students understanding of what physical education or health is. For example, what images dominate your display boards and why did you choose to put these one’s up? Which values do you reject from the media and why? – do you agree we should have more competition? But ultimately, does inequality or class exist in your school, practice and lessons?

Think about findings of the paper – do they resonate? Use the associated discussion board (same title) on PEPRN to ask question, seek clarification, may be challenge the findings.?