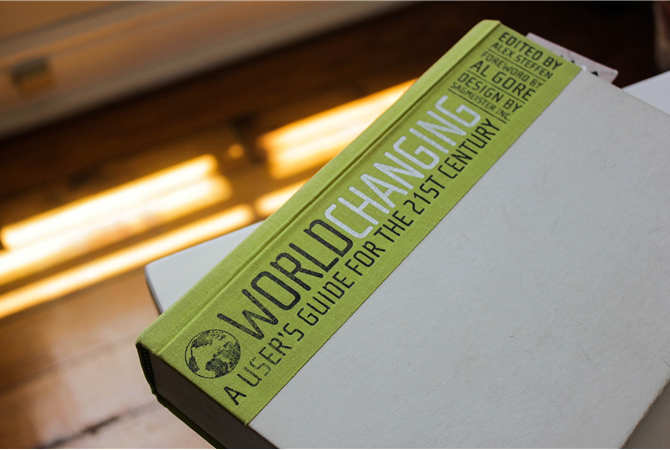 Photo by Greg Bakker on Unsplash
A 21st century education: ‘New’ teachers and critical pedagogy for the digital age
Written by Ash Casey on 23 Nov 2018
1407 Words

Originally Published 134th February 2013
Previously we explored Fairclough, Stratton and Baldwin’s 2002 paper about the contribution that physical education makes to the lifetime physical activity habits of young people. The blog certainly struck a (dis)cord judging by the comments made this week. These suggest that we (as a subject) are caught between the traditions of provision and the difficulties of addressing the needs of a 21st century student population. Furthermore, we are being unfairly judged on the track records of those who vehemently seek to maintain the equilibrium rather than those who continually seek to push back the boundaries of curricular and extra-curricular provision.

This week’s paper suggests that the time for technocracy (the development of technically proficient performers) is over and that the current model of school is “so last century”. Indeed, in reading this paper I wondered if we are already well over a decade late for the changes that Fernández-Balboa was suggesting were on our doorstep in the digital age. I think we are getting closer, and the very fact that this blog is read around the world and that I can check where it is read online and share the contents on multiple devices suggests that some of us, at least, are ready for change. However, it will take brave and ethical practitioners to find the path through to a digital pedagogy fit for the digital age.

We must stop ignoring the experiences, conversations and actions of the disenfranchised youth because, in the digital age, they may simply buy a virtual body in the virtual world where the rules of video allow them to thrive and say “to hell” with them. Tradition is not enough. Disinterest in change is both irresponsible and dangerous. We need teachers and educators who are critical, rather than accepting, of the norm. People who challenge a subject status quo that allows sexism, racism, elitism, political ignorance and social stratification to exist in our schools and in our lessons.

Fernández-Balboa paints a stark picture of commercial education driven by profit and brought to a living room near you via the latest gadget or toy. One that syncs with HQ and learns to satisfy a child’s needs through algorithms and Internet ‘likes’. He suggest that education has been identified as having ‘a high profit line’, and that those willing to pay will have the opportunity to access a high end form of education – one that doesn’t require the learner to step outside of their own home. In contrast those who can’t pay will be forced to occupy a desk in ever expanding schools and classroom where they will be lucky to get fourteen minutes of a teacher’s time across a school day.

Yet, such a conceptualisation of teaching and learning still positions the learner within an industrialised notion of school. A production line of schooling where standardisation, specialisation, synchronization, concentration, centralisation, massification and bureaucratisation hold sway over stratified, tracked, classified and age-arranged students (for a better idea of what this means I recommend the work of Sir Ken Robinson). Industrialised schooling fails to acknowledge that new pedagogies or therapies are needed to challenge the norm. Such pedagogies, Fernández-Balboa suggests, need to be critical, democratising and humanising and focus on social justice through individual responsibility (both of the teacher and the learner). He suggests that the digital age could have incredible benefits or terrifying consequences that may advantage some while bringing misery on others. I heard someone say that if you see the bandwagon you are already too late. Therefore, we need to be the bandwagon and that means we need to begin to envision the impossible and then help it to happen in our classrooms and schools.

Fernández-Balboa draws on the work of Toffler (1980, 1990) and suggests that there have been three waves of civilization that have changed the world at a previously unprecedented pace. The first occurred 10,000 years ago, with the discovery of agriculture and animal husbandry, as these ended our nomadic lifestyles and allowed us to settle the land. The second occurred in the industrial revolution and the third is occurring now – in the digital age. He also holds that the schools of today were ‘invented’ in the same industrial age and this is seen in the classification of students as good or bad workers, the division of learning into tasks, the outcomes and products of schooling and so on and so forth. Yet, with the drive to seek lower costs and taxes many previously industrialised countries now rely on digital technologies and service industries to ‘power’ their economies. So why do we still have our education system?

Private sector schooling is driven by profit and is accountable only to the consumer and the shareholder. There is little or no public input, it privileges certain discourses, there will be no union protection for teachers and is available only to those who can afford it.

Home schooling is already an option available in many countries and, with the explosion of the Internet, it allows students and their teachers to access a multitude of educational resources. Fernández-Balboa suggests that the argument that home schooled students are less well socialised is increasingly inaccurate; especially as students are increasingly required to work independently in larger class groups and in silence. Furthermore, a home schooled student who gets 15 minutes of the teacher’s time each hour (as opposed to 2 in a school) can achieve in 3 hours what it takes a schooled children 3 days to achieve.

New schools, Fernández-Balboa believes, will be required to rethink the educational priorities that drive them but that this will require both political and financial backing. Such schools will be much smaller, with curricula that seek to develop the individual in non-compulsory lessons that are enticing and inviting and which create a school ambiance that inspires children to investigate social, moral and political issues. This will require a new teacher (although I believe this teacher exists, he or she just needs to be freed from the shackles that bind their actions) with a greater range of knowledge around people, society, history, language, science and geography to name a few. These teachers will engage in ongoing and communal learning and have an “acute sense of pedagogy”. They will display deep humanity, a strong commitment to the wider world, personal character, self-esteem and wisdom.

In physical education these teachers will challenge the tensions between traditional and critical pedagogies. They will acknowledge that there is competition from commercial concerns to manage agendas around sport, recreation, fitness and high performance. Instead they will challenge tradition and avoid the habitual use of “poisonous pedagogies” that are applied in the belief that they are beneficial to all students, when in fact they exclude and disenfranchise many more than they benefit. These teachers will focus on the personal development of their students and reveal the hidden curriculum for what it is – a place where the fostering of sexism, racism, elitism, political ignorance and social stratification is ‘allowed’. Such teachers will envision the impossible and work to make it happen. In other words they will be their own bandwagon for their students.


What’s next? As part of this series of blogs I propose the following as a way of considering the implications of this research- Think, Act, Change (or TAC for short).

Think about findings of the paper – do they resonate? Use the comment box below to ask question, seek clarification, may be challenge the findings.?
Act on what you’ve read. What do you believe? Is this your responsibility or just something else to be put on your plate? Is there action to take? If so, what might it be.
Change what you do in response to your thoughts and actions? Is this a personal undertaking? Please let the community know about it.